How to provide validation feedback for multiple rows in a grid?

I'm designing a page that needs to let a user upload a spreadsheet with content to be imported into my database. I anticipate that some of these rows will contain data that's fine in Excel, but invalid in the destination table, for instance, a string field that's too long, or a user id that's a duplicate of one already existing: standard validation stuff.

So I need some intermediate UI to take the proposed import and show the rows that are valid and invalid, and for the invalid rows, to indicate what the problem is. So far, I can imagine something like this: 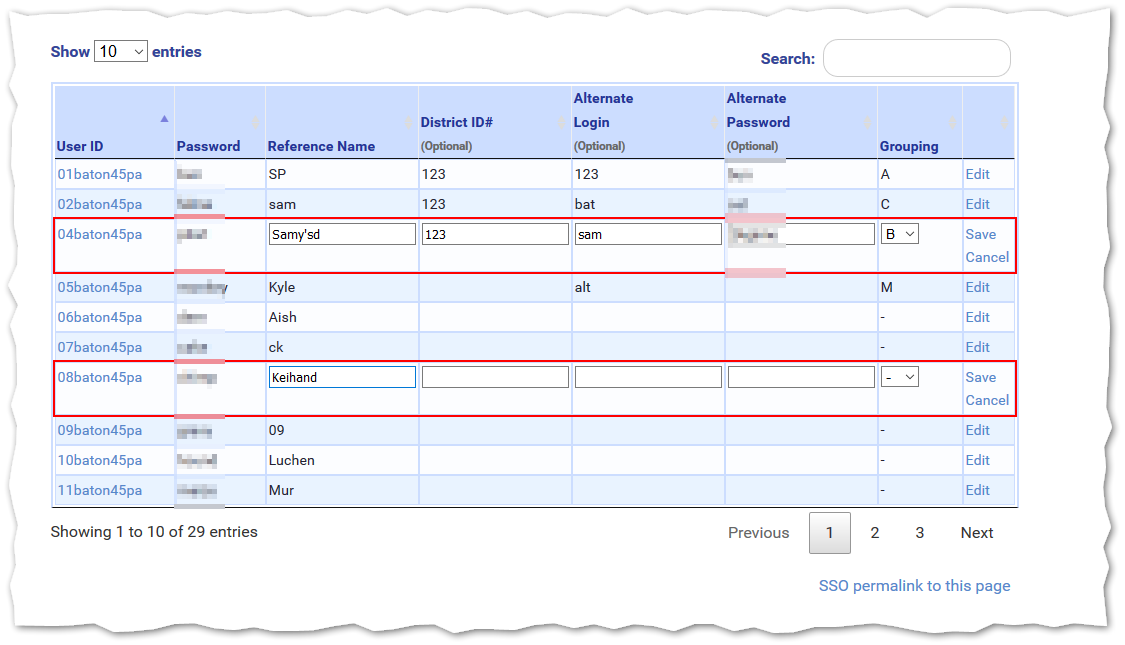 The problem is that I'm not seeing how to indicate what the user needs to change in a granular way. I could highlight only the invalid cells, but I'm not sure where to put a more detailed message, like Reference name must be a maximum of 6 characters (which would be true for the whole column) or This user id is already in use (which would only be true of the one cell).

What's a good UI pattern for a situation like this?

Try outlining the rows with an indicator which describes the specific formatting error. Provide a link with further explanation if needed.

One thing you can do is to provide specific invalid formatting hints at the row level, by a means of a tooltip/icon, or even a pseudo row you create underneath that explains the exact error (and how to recover or fix it if possible)

Since you may have lots of records, consider a toggle so users can quickly filter on exactly the invalid rows. You can also display a count above the table indicating the total records, and total invalid. 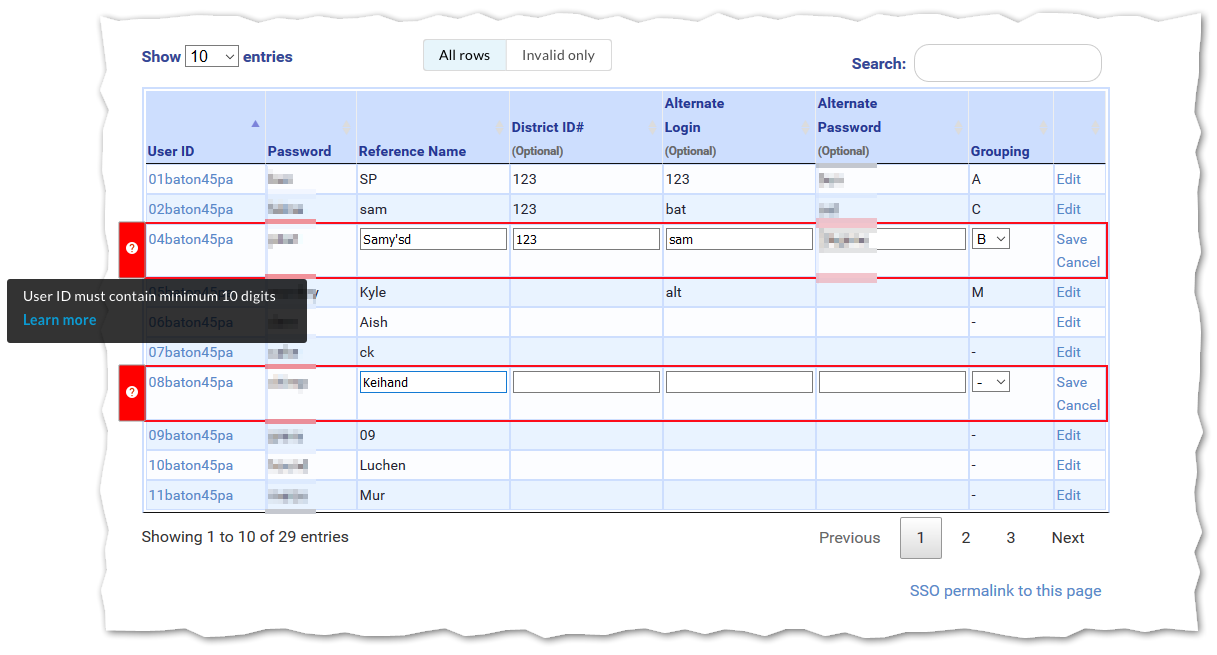 12
Progressive Validation and Disclosure
5
In a grid, how to manually reorder rows?
2
Guiding the user through your page
5
Adding a state to a control that indicates a row hasn't been saved yet
2
Multiple Page Forms: Validate on every page or only on the last page?
4
What is the right way and time to signal validation problems to the user?
2
Table/grid design for website when a rows column has multiple values
7
Decision tree / flow diagram for mobile email / password confirmation
3
Implementing an insert-update-delete grid in a web application