Why do most smartphones have the charging slot at the bottom?

Most of the modern smartphones have the charging slot at the bottom. Purely from a UX point of view, wouldn't it make more sense to have it at the top instead? I understand in some cases, it wouldn't (e.g. charging docks or car holders), but in the majority of the cases, I think it would.

I feel like there are many valid reasons for this design decision.

You already stated one by yourself: docks and other accessories wouldn't really work with the port being on top on the phone.

Another thing that comes to mind, is that electrical sockets tend to be placed relatively low (as stated here: Example1, Example2 - might vary for certain regions, obviously). Therefore, with the port on top of the phone, the cable needs to be longer, as it needs to go past the phone, then fold clumsily around so it's pointing down before it could be plugged in. All the while you're holding the phone higher than the socket, the cable would tuck on the top of the phone, causing it to tilt away from your FOV.
All these problems are mitigated when the port is at the bottom of the phone, since the cable can move in one straight line.

Another thing, that shouldn't be discarded is the factor of design. Although I have no evidence for this, I'm pretty sure that designers like to hide their ugly ports, instead of putting them on top, where everybody would see them all the time. After all, they are a necessity, not a design element.

Having watched a lot of phone teardown videos from JerryRigEverything, I can safely say that placement of ports depend entirely (especially, of late) on other components.

Camera sensors, lenses, ambient light sensors, speaker, face unlock sensors, proximity sensors and many more components of smartphones need to be place on the top-half of the phone.

There's no getting around this. Refer to the image below (Samsung Galaxy S10) 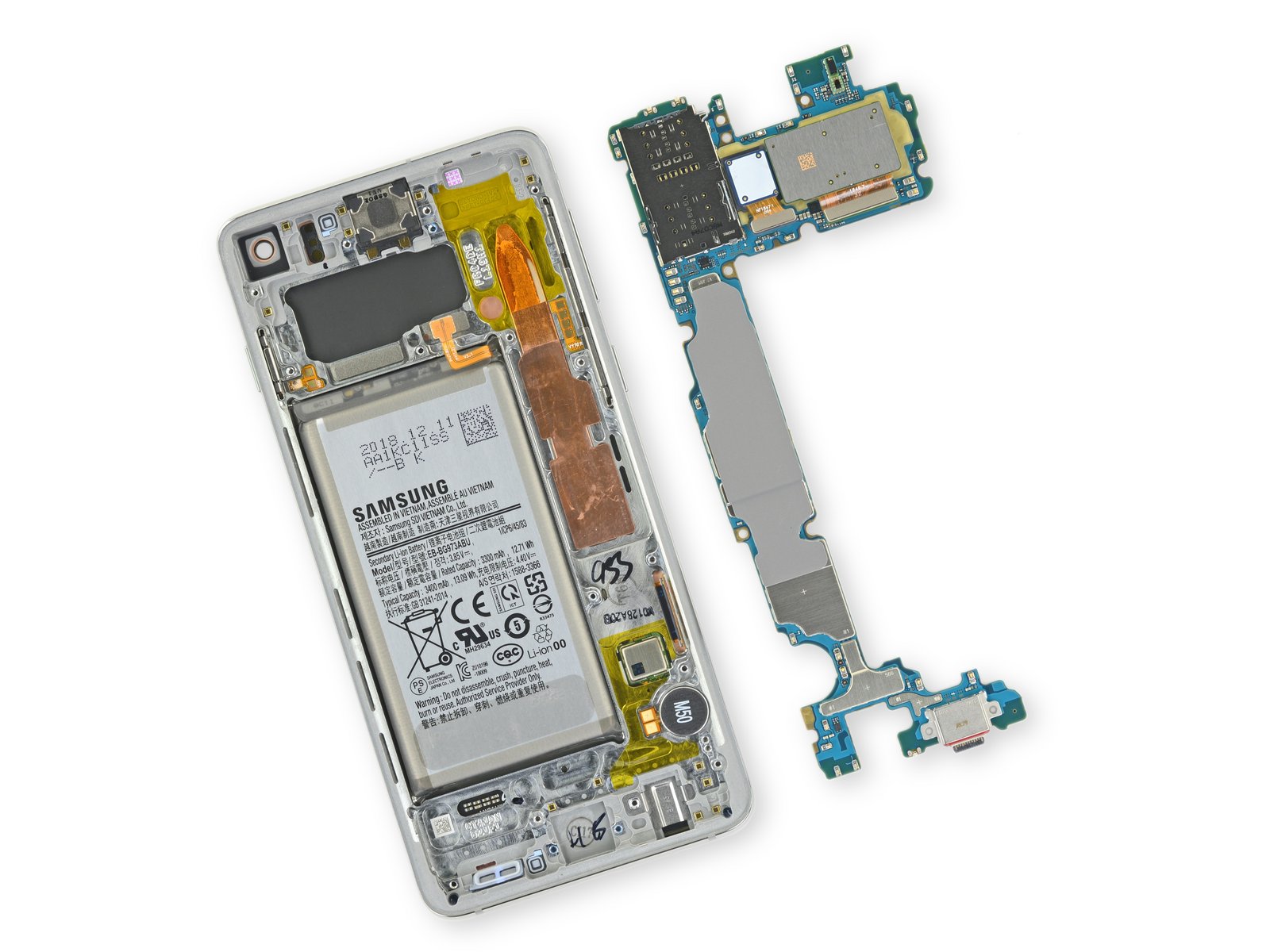 Considering how many functional components have to sit at the top of the phone, heat dissipation becomes a priority. Adding a charging port to the cluster might cause issues and might also be unsafe.

This might be a more personal preference thing but a wire going from the top of the device would lead the wire passing over or behind the screen causing it be an inconvenience to use the device while charging. Also, wires would need to longer to accommodate for the extra distance it has to travel while being held

Not the answer you're looking for? Browse other questions tagged mobile design smartphone or ask your own question.

4
Why don't most smartphones have front facing speakers?
19
What's the optimal seat arrangement for a self-driving car?
1
Why do most smartphones need to hold the power button in order to startup?
0
Why the hardware button of mobile devices is not placed at the front?
1
Using “prompts” on iOS Navigation Bars
11
Is there a UX reasoning for low-placed TVs?
59
Why do most smartphones not have a physical keyboard?
0
A list of the newly created item should be placed on the top or the bottom？(Allows multiple users to view and operation at the same time）