Page thumbnails - right or left side of document?

Working on a "fancy PDF viewer".

Was thinking of moving the Page thumbnails to the far right of the page (to clean the design up a bit), but all apps I can recall have the thumbnails on the left side ... always.

To me the thumbnails don't look like a vital feature, I mean there are much more important things that can use that valuable left side of the screen. What am I missing in this case and what are the negative consequences of moving the thumbnail previews to position 2 on the mockup? 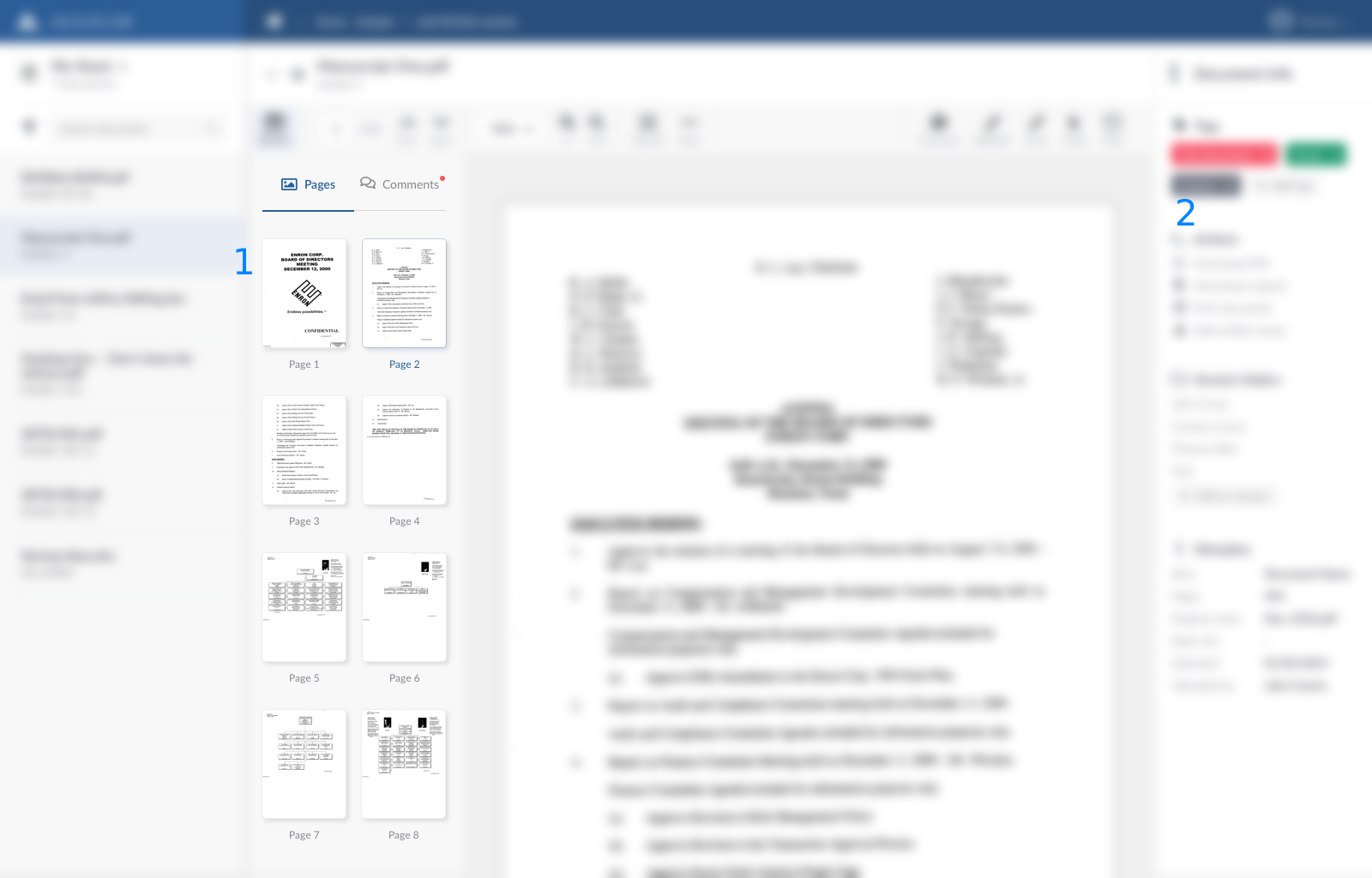 Presuming that you are working exclusively with Westerners (LTR and not RTL), then the assumption would be that a user would first say, "I need to find something to view". They would look at the left-most side, where position 1 is and select among the various options (thumbnails) they have available. Then, as the center content updates to display the specific file, they would focus their attention there.

The downside to positioning the thumbnails in position 2 would be that a Westerner user would move left to right, and are less likely to notice the thumbnails in position 2 as they are on the far right. The center content will grab their attention first. You also have to consider banner blindness. Unfortunately enough banners have been placed on the right hand side of websites, that many users consciously ignore the far right side of the screen.

If you look at conventions set by web applications such as Evernote, you will see a similar pattern of the leftmost side showing notebooks, then displaying notes, and then the majority of the screen (but also the right side of the screen) is devoted to the content/note itself.

Bottom line: consider the workflow the user would do to get to the content they would be interested in and accommodate that with the appropriate positioning. For Westerners, this would be a left to right workflow within a single screen.

Not the answer you're looking for? Browse other questions tagged layout information-architecture or ask your own question.

380
OK/Cancel on left/right?
2
Best organization option for handling a multi-level gallery or portfolio?
7
Is the left or right side of the screen “more clickable”?
5
How should I present landscape-orientation page thumbnails in a series of portrait-orientation thumbnails?
20
Should the search box be on the left or the right side
3
Should form fields flow top to bottom or left to right/right to left?
2
Web application & scalable left side navigation
1
Filter menu icons on search page, left or right of menu item?
0
Form alignment left side to right side