How is intuitive defined in terms of UI? Are there any studies about what objective and measurable qualities make a user interface intuitive? What design principles, patterns, or approaches are most likely to produce a UI that is considered intuitive?

Good question. Wikipedia lists intuition as "thoughts and preferences that come to mind quickly and without much reflection" - so basically, saying a UI is intuitive is like saying it exhibits several positive attributes: it's memorable, discoverable, easy to learn, familiar, matches expectation, and so forth. But let's not take my word for it. Let's refer to the experts!

I'm worried that perhaps your question is flawed. You are looking for a general answer like, "the faceted search pattern is always going to be more intuitive than the search suggestions pattern," but any answer like that would ignore the most crucial factor: audience. Intuition, and therefore intuitiveness, is a human thing, not a design thing. In a sense, therein lies your answer. It helps to think about it like this: 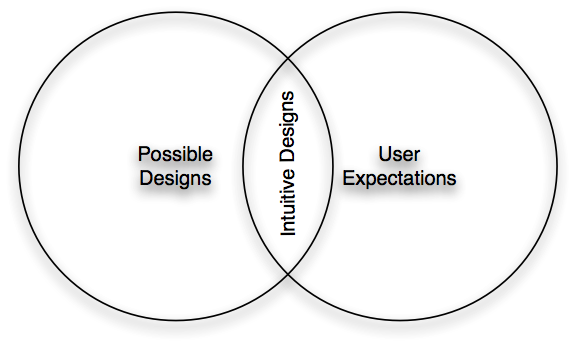 The one thing that has been proven over and over to increase the likelihood of landing in that middle area is data. Understanding your audience allows you to identify the patterns, principles, and approaches that are most likely to match your users' mental model.

There are lots of ways to get this information, but observing your audience using a possible design, and asking them questions about their experience seems to have a very high return for the amount of time invested. If you are earlier in the design process, it can also be very helpful to look at what your audience considers substitutes, and see what patterns and approaches they are currently being exposed to (and identify the problems with the current approach).

Hope that you already are familiar with Don Norman.

I think your question/topic is closely related to Normans Gulf of Evaluation and Gulf of Execution.

We always want narrow gulfs in UI. To accomplish that, we can work with Normans design principles.

I think it all comes down to making UI's that has as low required mental model for the user as possible. This is achieved by using consistency and great affordance throughout the UI, I also think that is what @Nick Bedford's comment was about.

A system design presents two aspects, the controls user needs to operate in order make the device or system function and the the domain user is operating in.

While all designers are rightly concerned with the knowledge gap around the system or device controls, this can be over emphasised. If the domain is not central to the design, then

A UI that presents the terminology and/or visual display of entities that a user is familiar with in their work environment can reduce the knowledge gap. Thus be more intuitive. Let's take a look at two process automation UI's

This UI uses well known button controls and data display, but needs lots of cognitive mapping to the process floor:

This UI uses a novel touch based system, but needs minimal mapping to the process floor: : 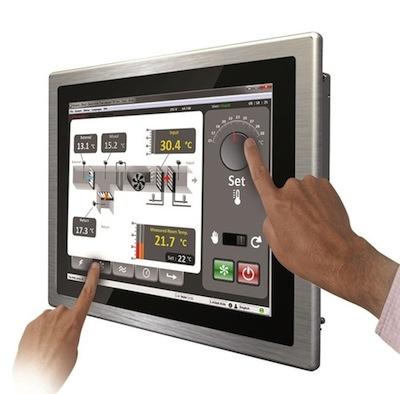 While UI elements matter, presenting the users domain clearly in the system or device terminology and layout in a way that matches the users mental model is key factor in delivering an intuitive UI. This applies to all significant domain concepts, abstract (e.g. "Tax") as well as physical ones.

Not the answer you're looking for? Browse other questions tagged design-patterns usability-study psychology intuition or ask your own question.

16
Are some of Windows 7's UI less intuitive than previous versions?

11
User Interface functionality modelling languages?
6
What objective qualities or elements of a website design can help build trust with users?
32
Why does the golden ratio work? Or does it?
1
How would you describe the way visual design contributes to the user experience?
5
Room Bookings: What approach is best/intuitive/user friendly?
0
what are the techniques that allow design to teach user to use an interface in a way that seems natural?
0
Synonyms for Dark Design Patterns