Users expected to “ignore” irrelevant parts of a form?

I have a web form that is split into several pages, it is an adaptation from a hard copy paper form, and the requirements are that the data captured should be the same.

For my webform I have asked for the users' salutation/first name/surname, I must also capture if they have a previous name.

The next page asks for their address, and also a previous address.

One thought that has been put forward is that most users won't have a previous name, so this field is largely redundant and therefore wouldn't need to be shown by default.

However, in my mind, if you are asking the user to action something "if" they have a previous name, then you are increasing the cognitive load when it would actually just be easier to ignore the part of the form that isn't relevant?

I will try and show you what I mean... 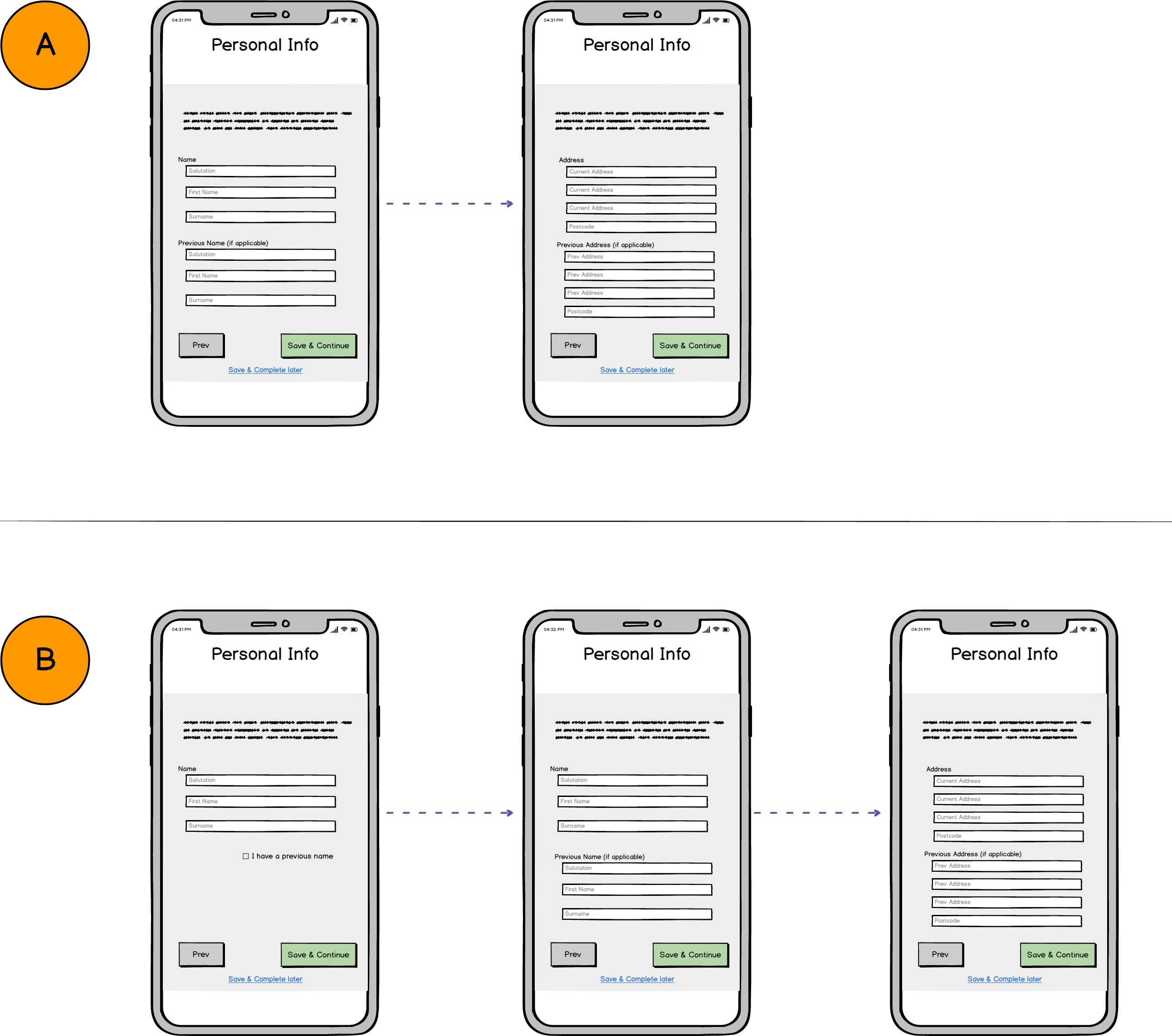 Or, perhaps it would be better to do some user testing to find out? Would a simple user test be the best way to find out what works best?

I think you're right for the most part. I would go with solution B

The few changes I would recommend are: 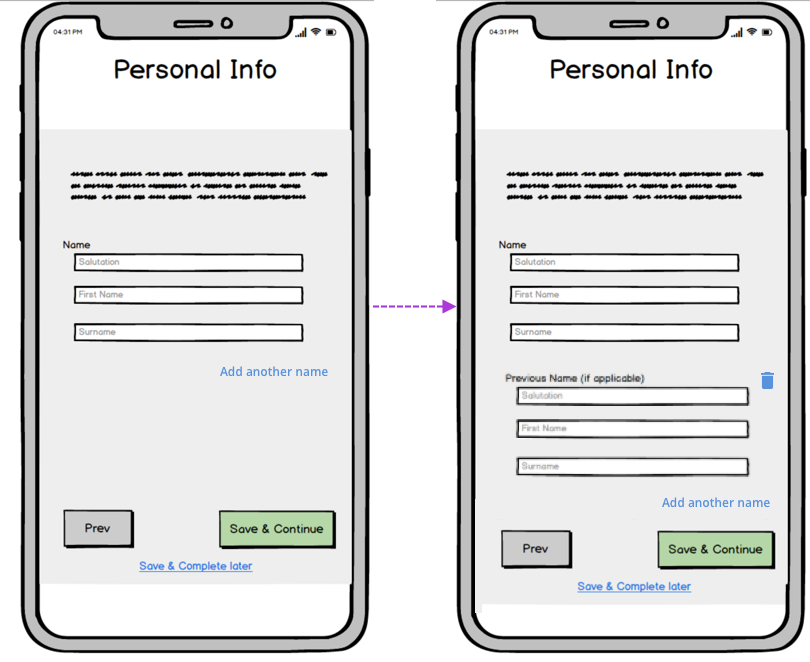 Not the answer you're looking for? Browse other questions tagged forms users user-centered-design or ask your own question.

11
What is the best way to display a form with OneToMany fields?
10
International Phone Number Field Layout and Design
9
Relation between a Wizard's Previous button and history's Back button
3
address form fields
1
Include Insurance Turn On/Off
0
Minimum or ideal amount of information gathered in a purchase form
2
Accordion registration form - Should the user be able to go back to the previous step?
2
How to ask for full name and know which part is what? e.g. last name, middle names, first etc
2
Long form navigation UX
0
Form for creating/inviting new users