Users want to create tables with many columns and infinite scrolling rows - how do we handle this?

I have a situation where users are capable of creating their own searches on extensive data sets, using a query-like user interface. Our users come from a strong Excel background and are used to working with dozens or more columns in those.

Our search system provides a full screen interface with infinite scrolling and fixed headers, as sometimes these searches can return millions of records. We tested limiting the number of columns on a search to 12, but users were vocal about their desire to have more.

We get asked to add horizontal scrolling, but this works poorly with the existing system of fixed headers and infinite scrolling, in addition to generally making for a poor user experience.

Because the users select the columns themselves and can write custom columns using mathematical functions or aggregates on previous columns, it is difficult to predict the final appearance or content of the searches and not likely possible to condense multiple columns into a single cell.

Are there any patterns or shortcuts to provide what the customer is asking for without compromising experience or functionality?

I think it's a good idea to categorize all the possible columns into a fixed number of categories and use drop-downs on headers: 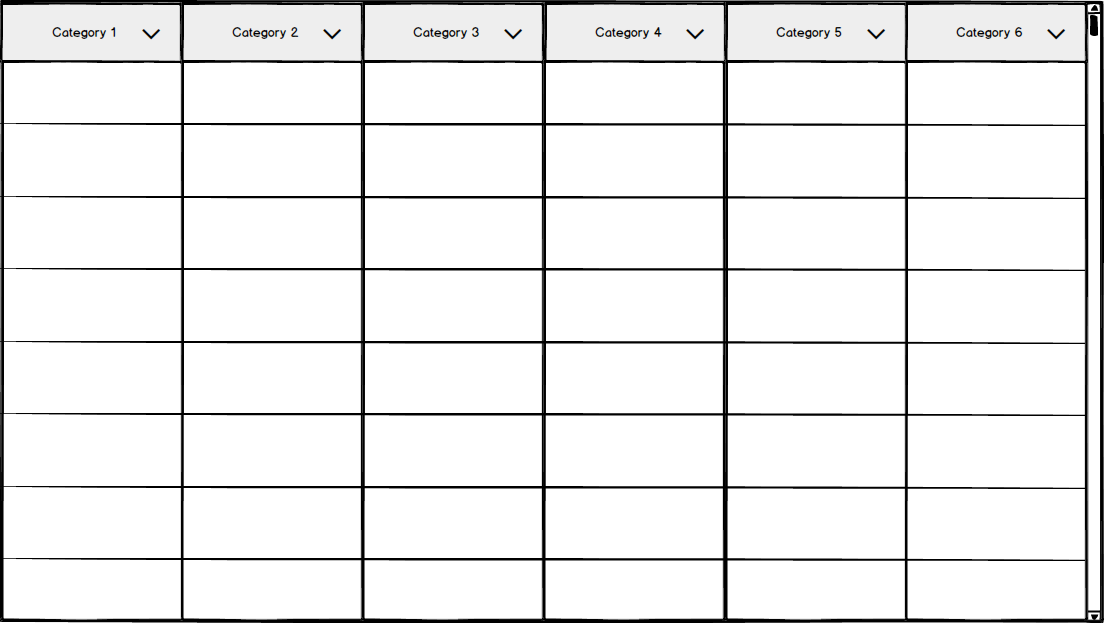 Of course, it has a cognitive load on users to understand the categories and what each of them include.

You can definitely just make it similar to Excel, especially given that your end user is most familiar with Excel.

If you want to remove horizontal scrolling, then you can just hide or collapse the columns to ensure that all of them fit into the screen width. I will still suggest "make it exactly like excel".

Not the answer you're looking for? Browse other questions tagged website-design tables web data-tables search-results or ask your own question.

7
UI Patterns for tables with many columns
4
How do Windows users interact with scrolling panes?
1
Horizontal swiping for wide tables with too many columns in mobile
9
How to create a custom textbox with a label and value
5
How to handle a data table with row selection and infinite scroll?
1
How to show missing values in table rows and columns?
2
Tables with many columns
2
How do users perceives the difference between horizontal and vertical ellipsis specifically in data tables?