Are there any cons in using rounded corners for bar graphs?

I remember reading somewhere that bars with rounded edges may look inaccurate. But I'm not too sure about it. Can someone throw some light on this? 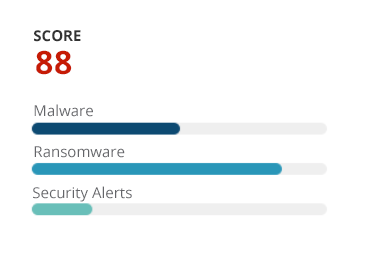 If the users' goal is to read a specific or accurate value from the bar's length, then @Schmuddi's answer describes the importance of having a flat end. An example of this would be a traditional glass thermometer, where the exact length of the fluid is very meaningful, and the user must be able to read a specific value.

However, if the goal is just to communicate a general value, then the bars can be styled with rounded ends (or other variations) without necessarily impairing usability. A good use case for this approach could be a progress bar, where the specific value is not necessarily important, but rather it's simply intended to give the user a general idea of where in the process they are.

There is a paper by Skau et al. (2015) that investigates in how far the effectiveness of bar charts is affected by different types of visual alternations. The authors tesed whether these alternations affect how well participants can make relative comparisons and absolute judgments using the bar. Participants were presented different types of bar charts, and then had to answer questions like the following:

a) In the chart below, what is the value of A?

b) In the chart below, what percentage is B of A?

The alternations they tested included triangle bars, bars extending below zero, bars with end caps, and also bars with rounded end caps. These variants were compared to the baseline bar chart which featured square-cornered rectangles as bars. For anyone interested, the authors make their data set available on GitHub.

users indeed rely on strong lines at the ends of bars to mentally extend the bar end to the value axis, especially when considering the comparatively poor performance of the embellishments that distort the top of the bar (rounded caps, triangles, etc.),

and they conclude that

So, if you want to communicate your data as efficiently as possible, traditional squared bars seem to be the preferred choice.

Regarding the particular claim you mention, imagine the limit as the width (height in your horizontal arrangement) of bars approaches their length, and where (like in your example image) the rounding is not just "corners" but produces fully semi-circular ends to the bars. In this case the areas (and thereby visual "largeness") of the bars become artificially similar, underrepresenting the differences (length) they're supposed to convey.

Depending on how you handle the degenerate case, there may not even be a way to represent small values, or you might over-represent "zero" as a full circle.

Take for example your bottom bar. If you halve its length, the resulting area will be significantly different from half its original area.

3
What results to display when comparing current and past data?

6
Is there any value in using "irrelevant" icons
3
Best graph for data with both very large and very small values
2
How to visualise flow in a graph with overlapping paths
3
Displaying bar graph with large data point names on mobile screen
0
How to associate color with accuracy for segmented gauge?
3
What's the best way to label weekly periods?
3
Are there any studies on use of simple images / animations to explain complex concepts?
0
Displaying Averages for Stacked Bar Graph
1
How to visualize complex data on the same bar chart for short and wide timelines
2
What type of graph is this?