How to visually compare two values

My site needs to be able to compare two values visually. The comparison is trying to show how close (or far apart) the two values are numerically. I was thinking two bars like so: 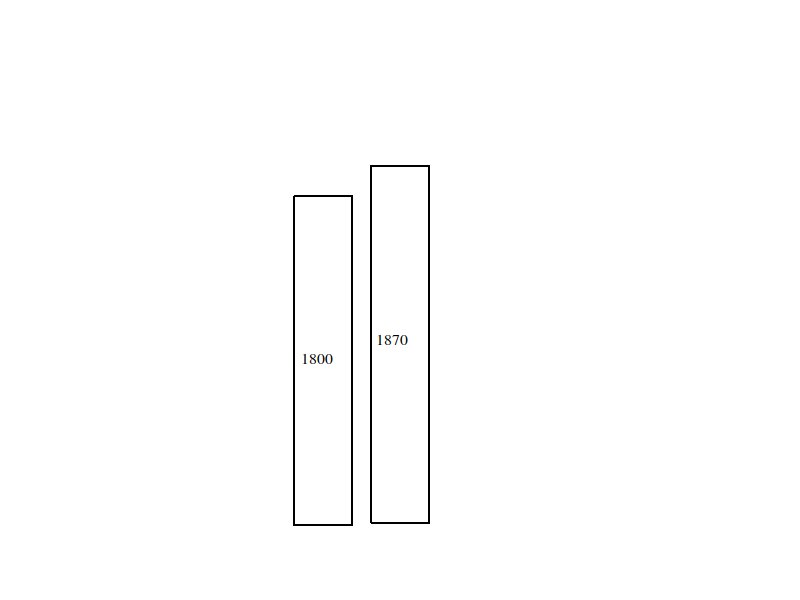 However, since there is only two values, I feel like two bars isn't the best way to go. Is there any other way I should do this?

If you aren't set on using bars, why not try a pie chart?

This is very crude, but with an appropriate key and supporting copy you could do something like this... 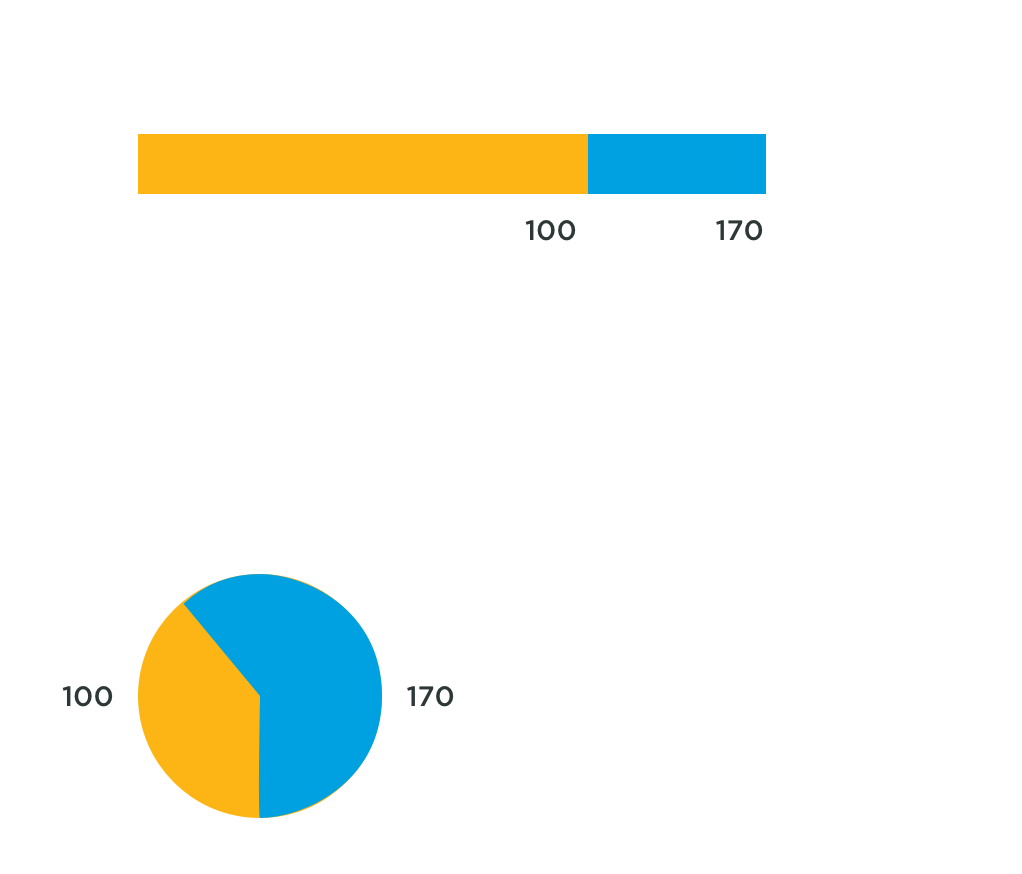 Bars seem totaly OK to me. But you might want to place them horizontally and not vertically this way you might even have space for an accurate description of the value.

If the value is quite close you could also use a secondary clue of which team is in the lead. This could be the color, an icon at the end of the line or a similar approach. 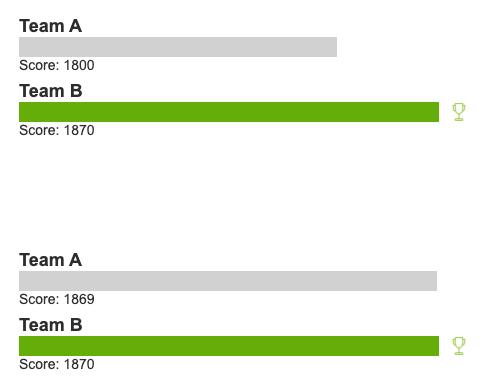 If the relative strengths of the two teams is more important than the absolute values, you could show both teams in one horizontal bar (imagine two teams playing tug-of-war1):

Where the dashed line represents a tie between the two. Here, the two examples are on widely different scales, but you can clearly see which team is stronger in each case. Another advantage of this layout is that you can easily compare the comparative strengths of more than one pair of teams at the same time.

1 Actually, they would have to be playing push-of-war, since the stronger team has the larger segment. But hopefully you get the idea!

4
Feedback wanted - pagination design on data-heavy site
11
How best to show the 'weight' (importance) of bullet-ed items in a non-intrusive (creative) way?
3
How can I show marking state (for individual data values) in aggregate representations?
11
How do I represent null values in a line chart?
4
Feature Matrix: Compare Products by Date/Time Range?
4
How to show the relationship between two input fields with different units
15
How to best visually represent a dev team's skillset versus project needs?
1
Displaying course data with 90+ values
0
Displaying Averages for Stacked Bar Graph
2
Highlight individual datapoints in histogram bin