The user is trying to select an element which will be used in a form. So it could be like selecting interests in an app where you can pick the more general case (e.g. sports) or the more specific (e.g. baseball).

I have hierarchical data where:
* Exactly one node may be selected.
* Users can select nodes anywhere in the tree
* Leaf nodes must be selectable
* Parent nodes may be selectable. Selecting a parent node represents a selection of all of its leaf node descendants.
* Selectable parent nodes are uncommon.
* The depth of the data is deeper than can be readily shown on the screen all at once.

I am developing an interface for browsing this data. This data needs to be usable on both desktop and mobile interfaces on the web.

I am thinking of modeling an interface after what Apple does with hierarchical menus, like the one below. The differences in my case are primarily that:
* The items can have three states: selectable node, refinable node, and nodes with both capabilities. How do I make this look uncluttered?
* My design must operate reasonably on both desktop and mobile. How do I design the refinement signifier in an unobtrusive way that is clear even on desktop views.
* My lists have a lot of heterogenous content. This happens only rarely in Apple menus, like the shut down button in the second screenshot. How do I show heterogenous content without looking disjoint? 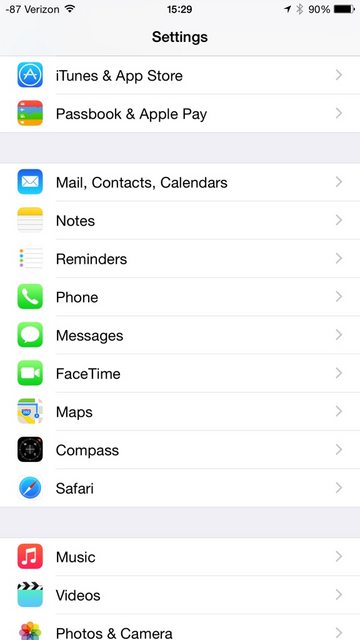 Notice the blue row at the bottom representing differing content. 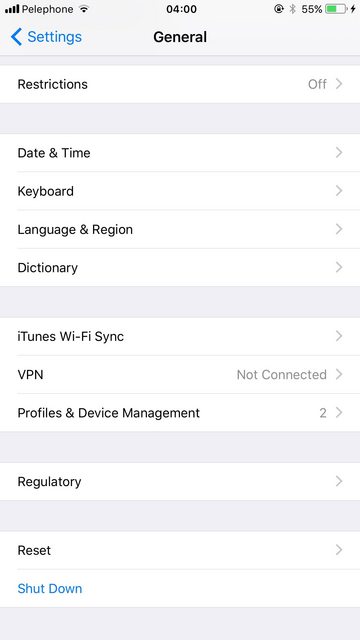 What I've been thinking of so far is similar to the Apple design. These next two screenshots show the top level of the hierarchy here, and... 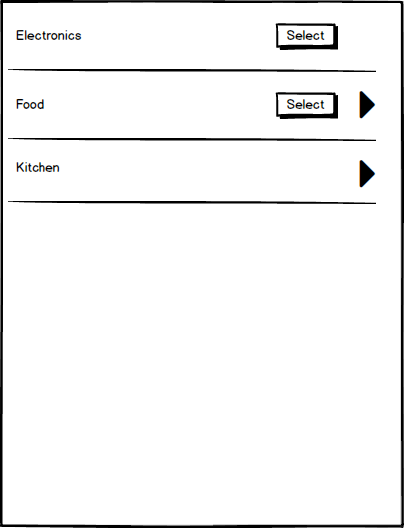 ...the screen after food is selected. 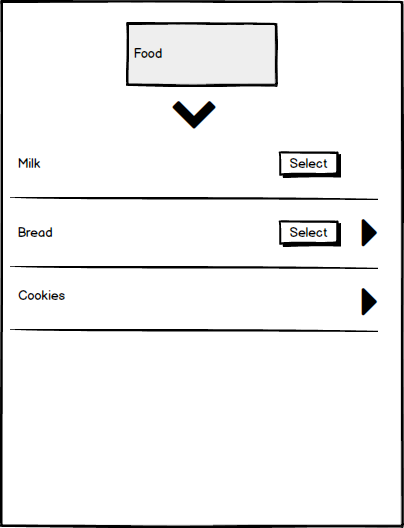 I like the multi-screen approach to this design for my use case, so I am primarily looking for feedback on exactly what icons/buttons to put in, and how to separate out content. I'm particularly interested in examples on the web and high fidelity mock examples, but I'm open to lower fidelity feedback as well.

The one structural thing that I think could be changed is in the combination case where a parent node can also be selected. Conceptually I've illustrated it here: 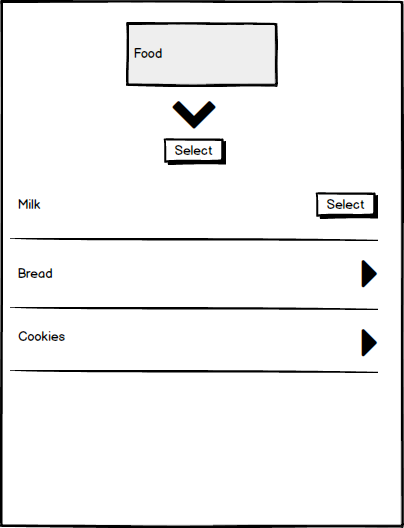 Thanks for your comments, given what you have said, I would not use a tree hierarchy. As your users know what they are looking for and there is the potential for so many items, I would use a type-ahead search, that returns results as the user type and they can select the right one when it appears.

I suggested this for a similar query posted about a medical app, the idea is principally the same.

Not the answer you're looking for? Browse other questions tagged website-design web-app mobile-web hierarchy mobile-first or ask your own question.