States and behaviour for progress bars embedded in tables

These days it is not uncommon for data tables to contain more complex UI elements (i.e. not just data), with things like pills (or tags), call-to-action buttons, icons, and even graphs & charts (e.g. sparklines) to be embedded.

However, I haven't actually seen the specific behaviour for these embedded UI elements specified in the context of an child element in a table cell.

So the question is, what happens to a progress bar (and other UI elements) when the table row cycles through different states (e.g. hover-over, active, selected, etc.) and how does the styling and behaviour change compared to when they are outside of a table? I believe that this can be problematic due to the fact that progress bars require a contrast in the colours used to express the completed and incomplete sections, which is exacerbated by the fact that many tables also implement zebra striping and mouse interaction behaviours (e.g. hover-over). 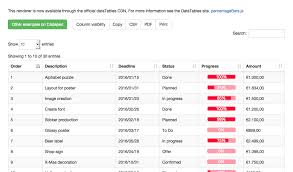 A specific example of this is to consider what happens to a table cell containing a progress bar (which is actually not an uncommon thing to see) if it is selected. Should it be:

If you can include any screenshots of actual examples of applications (rather than CodePen or design concepts) that would be very useful for illustrating the answer.

Google analytics has embedded bar charts (not progress bars), which you can right click on to explore further. 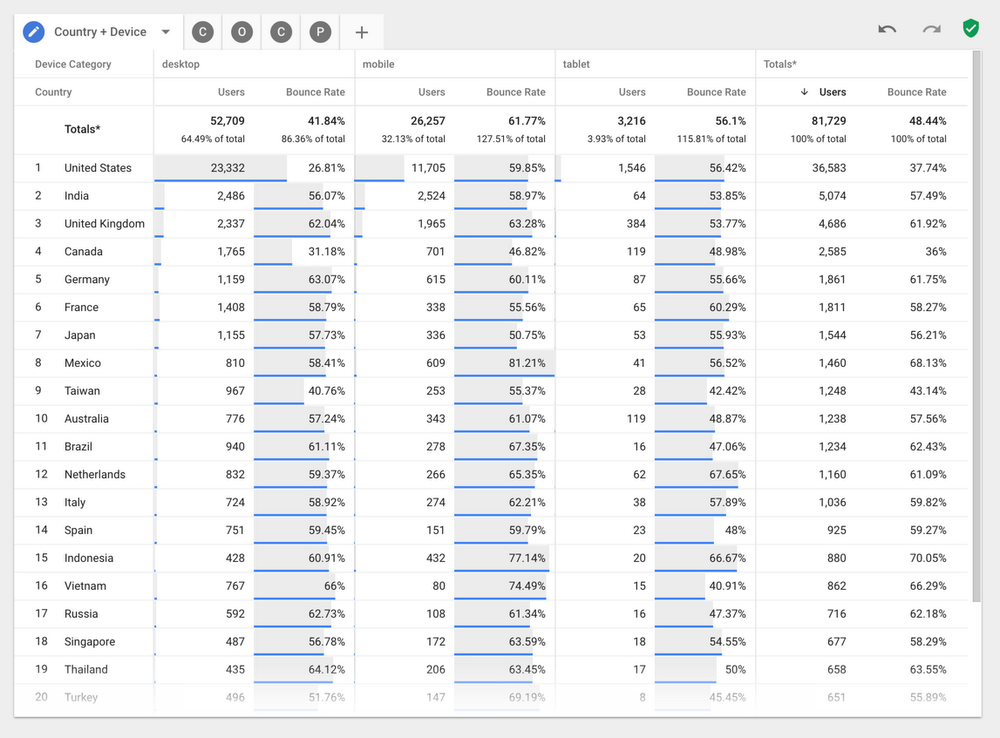 And here it is in action, when you hover and select: