Windows UX Checklist states that a desktop application should:

I was looking some layouts that suit my project and I came across this one: 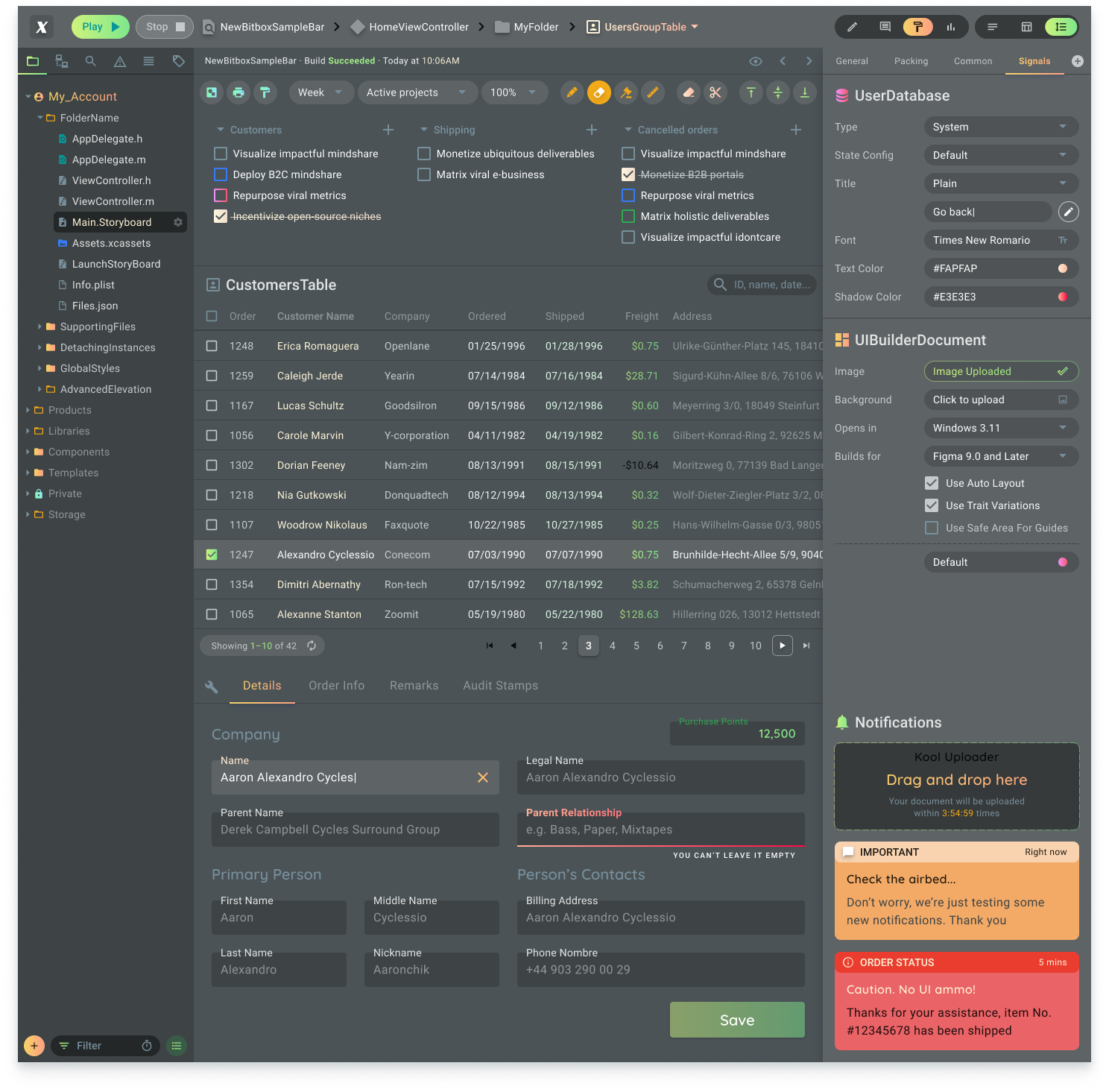 and I was wondering, how could you make this type of layout UX Friendly for a 800x600 pixels user screen. I am mostly worried about having space for the grid and the detail view in the same page.

Are there any methods to make this kind of layout friendly for low resolution screens?

I'd take such rigid "guidelines" with a grain of salt, because they don't take any usage context into account. Some applications simply won't be usable in a meaningful way when shown within a tiny 800 x 600 viewport, and Microsoft actually agrees, as, e.g., Microsoft Visual Studio 2017 requires a screen setup that is quite a bit larger than 800 x 600:

So, I'd suggest researching what screen sizes your actual users work with, and select a decent minmium resolution to design for.

As an example, our analytics showed that ~97%+ of users of our SaaS platform's admin console access that web app with a horizontal screen resolution of 1,280 px or higher.

Based on that insight, we decided to design for a minimum width of 1,024px, just in case. Below that width, the entire page starts scrolling horizontally.

We also make some concessions for resolutions below those "measured" 1,280px, such as always displaying the main navigation sidebar in a minimized state (with auto-expand on hover), whereas it's always expanded at 1,280px and wider.

Maybe this isn't quite the answer you expected, but I feel that trying to cram a feature-rich UI as shown in your screenshot, into a 800 x 600 viewport is just not worth the effort, especially if none of your actual, paying customers would ever use it at that screen size.

Not the answer you're looking for? Browse other questions tagged layout desktop-application or ask your own question.