Now implementing a new mega-menu. The current mega-menu's submenu options are shown on user cursor hover. Would a more explicit action like mouse click be more appropriate for this (like the example below)? 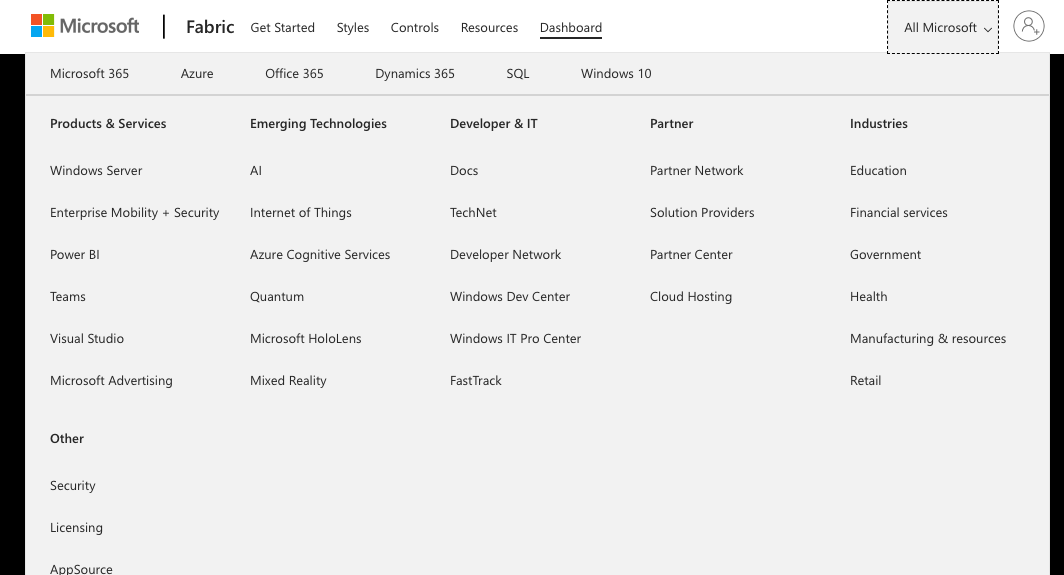 This is an interesting question.

TL;DR - Personally, I would go with a click because opening a "mega menu" is more of an action.

Actions make something occur - whether that be changing, adding, deleting or similar. On the other hand, interactions don't imply that something will be changed, added, deleted etc.

Relating to your question, viewing a menu is more of an interaction because you aren't initiating a navigation to anywhere. However, there becomes a point where hovering to show a huge menu can almost be considered an action. For example, on the Microsoft website example you refer to, the menu hides the rest of the page from view - and this could be considered an action because something is being changed. (The user's view)

In conclusion, you should ask yourself whether your "mega menu" is an action or an interaction, and furthering that, whether it changes, adds, deletes or modifies the user's experience in any way. If the user will be initiating an action - use a click. If it is an interaction - use a hover.

In this particular case, it would be useful to consider some cons or pitfalls of hover too:

I would pose that hover is great for very light interactions, such a button ripple effect, or an animation. For more complex interactions - such as revealing hidden navigation and click options - where the user needs to read, and pause and think, go with click.

Hovering is a smoother action for exploring!

It is a smoother and a lighter interaction. It helps you explore and navigate the options faster. Think about it as if you are waving the mouse around to check what's there.

Compare that to clicking:

Mega-menus are large panels with multiple menus and sub-menus. I would vote for the action that allows for a smoother navigation.

I would expect to have to hover to expand a menu, and to click to go to another page.

The problem with just hovering here is that the user might think they landed on a different page when they accidentally hover over the button.

The solution could possibly be a smaller hover menu which the user can expand by clicking on an "expand" label.

How would someone using the keyboard to trigger this hover?

Keyboard enablement really helps disabled people who cannot use a mouse due to mobility or visual issues, however keyboard enablement actually benefits EVERYONE, as there will always be times when it is not possible to use a your mouse, i.e. using your laptop in a place where it is not practical to use a mouse, where your laptop's track pad doesn't give you the accuracy you need.

So always use a click event to trigger behaviour.

Not the answer you're looking for? Browse other questions tagged web-app menu desktop-application hover mega-menu or ask your own question.

6
Task-based navigation with menu-items expanding to Mega Menus
0
Menu restructing quandary
6
Should web mega-menus that open OnClick close OnClick or Mouseout?
3
Is double click on a mega menu item commonly used?
0
Submenu and action combined in one element
3
Usability of an alternate mega dropdown menu
3
Website hierarchical/dropdown menu best practices
2
What is the proper way to make 2 lines of hover dropdown menus not interfere with each other?
0
What is the best pattern for opening Mega Nav on touch device when parent Nav items are link to landing pages?
3
Large Hover Menu/Navigation Menu - Categorically Bad UX?