Why does Spotify have a second pause button?

I noticed Spotify has a big green "pause"/"play" button, even though there already is one in the controls on the bottom.

I have been using Spotify for several months and never even paid any real attention to it and it feels really useless to me. When clicked it literally just pauses the track playing and changes its text to "play". 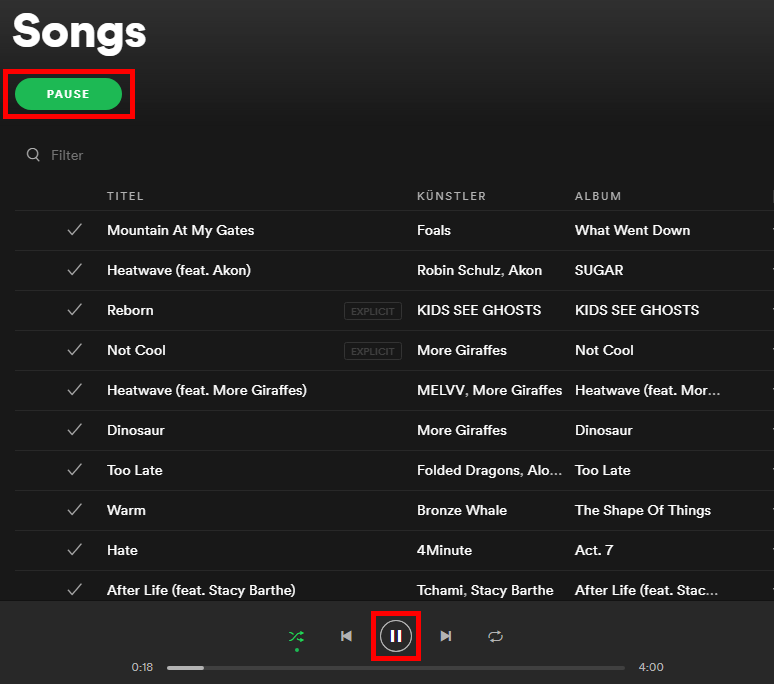 Is there any reason for this button existing? Does the green button have some underlying functionality I am not seeing?

With your screenshot, you are looking at the currently playing album. Therefore the "PAUSE" button. It has a very simple answer in itself, when we look at the bigger picture.

But when we look at another album, say Rock Classics as in the screenshot, You can see the button as "PLAY".

Therefore the button is only/seems redundant when looking at the CURRENTLY PLAYING album only. In all other cases, It is a good interaction with the user getting quick attention to the most important play button. 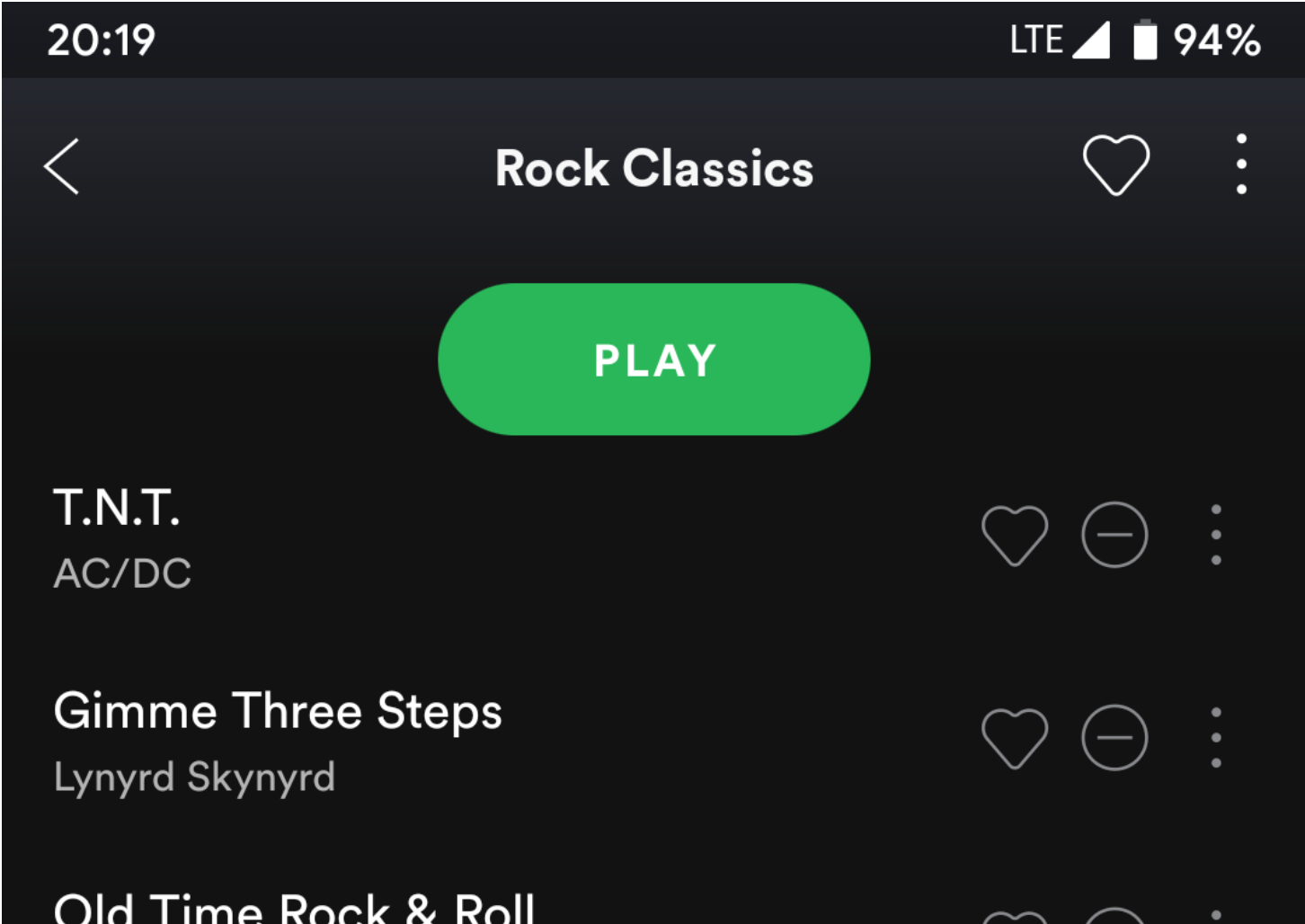 Adding on to what other users here have said, the green Play/Pause button satisfies two points on the Nielsen Usability Heuristics, namely speedy feedback and user control and freedom.

Secondly, if the user clicked the button by mistake and immediately wanted to stop the music from playing, they could just click again on the button without having to move the cursor elsewhere.

Furthering on @Kishan's answer, if you were to navigate to a playlist or another album for example, the Play button can act as a play button for the overall album or playlist.

Imagine you want to listen to a whole album by a specific artist - and you don't mind starting from the start, you can use the green Play button to play the album. However, if you use the normal play icon button at the bottom of your screen, it will just continue playing whatever you were last playing.

So, looking at the bigger picture, even though they both appear to be play/pause buttons, it's better to describe the bottom button as a "toggle current song playback" button and the top green play button as a "play this album/playlist" button. Although it doesn't appear they have two separate use cases when the music is already playing, it is useful if you decide you want to start listening to something else midway.

19
Which is a good color for a pause button?
36
Why don't mobile apps have a 'close' button?
13
Alternatives to the "play/pause" button
8
Should a button behave differently when pressed a second time?
9
Volume control and Pause/Play toggles are inconsistent, why?
75
Why do editors (such as MS Office apps) have so much redundancy?
0
Pause and cancel button next to each other?