How to present cyclic data?

The data I have is intended to convey the idea that there are variations over a day which are the repeated day after day. This is why I do not want to use an open-ended graph where the extremes are disconnected (the first point and the last one will be the same.

What would be a simple, reasonable way to display this to an end user?

This problem is similar to the classical maps (Mollweide projection for instance), where the Pacific Ocean ends on the right and resumes on the left of the map. In my case the problem is simpler as this is just one variable.

info-visualisation charts
Share
Improve this question
edited May 16 '19 at 15:46

If you want to emphasize the cyclical nature of time, a radar chart can give you the cyclical aspect, and it lends itself to overlay more than one variable if need be.

Here's a quick example sketch in which you could break down a data set across time cycles to get a gist of trends by time: 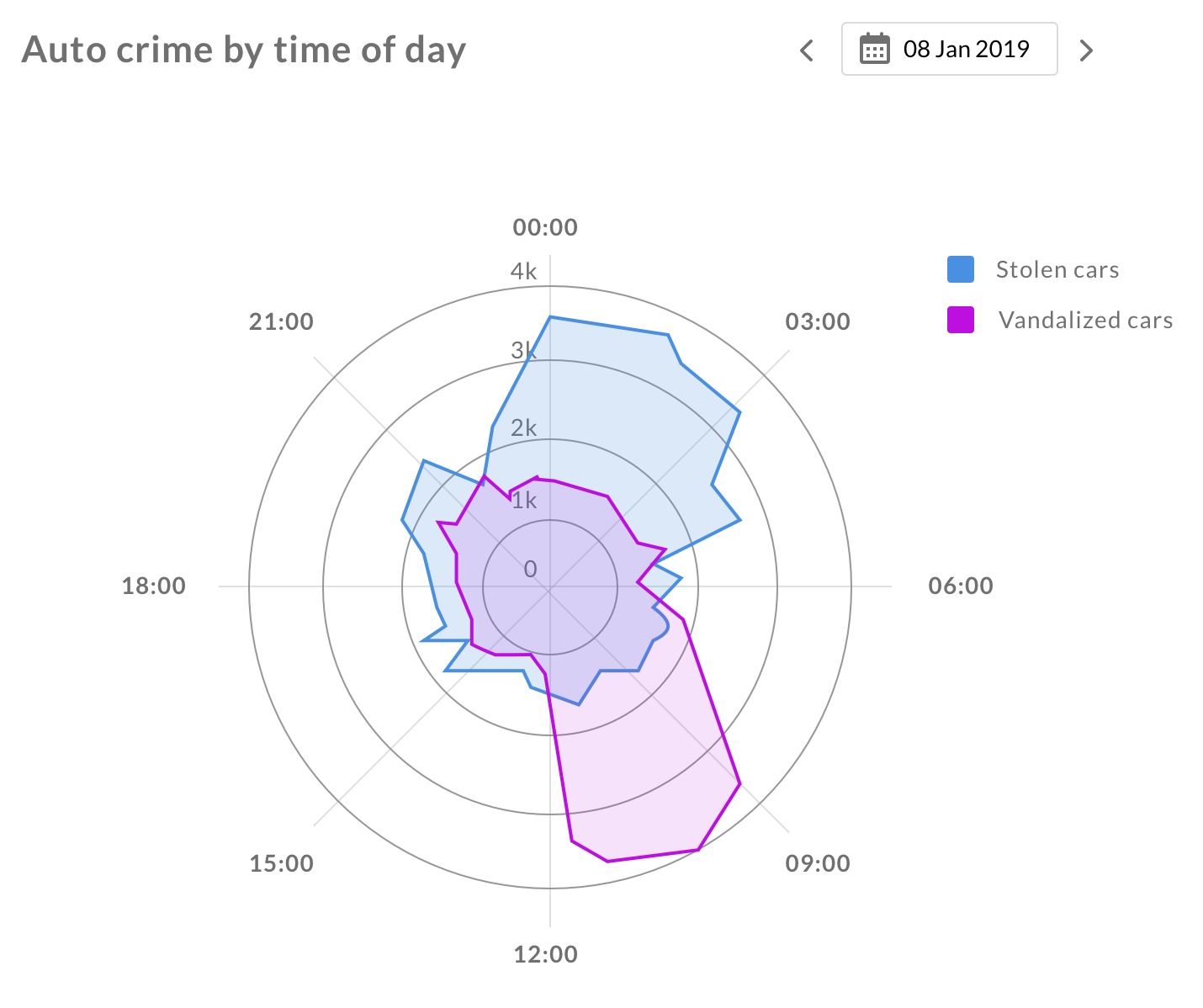 Test with your users, and allow them to toggle by more than one visualization type. Each chart type has strengths and weaknesses.

As with every visualization type, there are caveats.

In your case, if you're emphasizing the 24 hr cycle, it might work.

You could give user a choice between emphasizing the values by a standard time series distribution (where you deemphasize the cycle, but allow for line height accuracy) vs. the radar graph which mimics the cyclical (clocklike) aspect.

3
Indicating relationships between multiple gauges or charts representing different views of the same data
3
How to let the user know that we have not enough data to render chart?
44
How to visualize data with extreme value differences?
14
How to visualize data when one data series is significantly bigger than the others
3
What is the best chart to present multi dimensional data?
3
Best presentation for four simultaneous data points
3
What's the best way to label weekly periods?
1
Labelling chart data granularity / interval
1
data visualization - how to visualize the lack of data for certain amount of time
2
Best way to present multiple types of data in a cluster bar chart?