One part of my app is a collection of tasks that the user has to do. For each task, he will be able to create so called "reports", where he describes certain steps that he took to accomplish the task and how well he did. Reports are not limited by amount, so there can be many for each task. 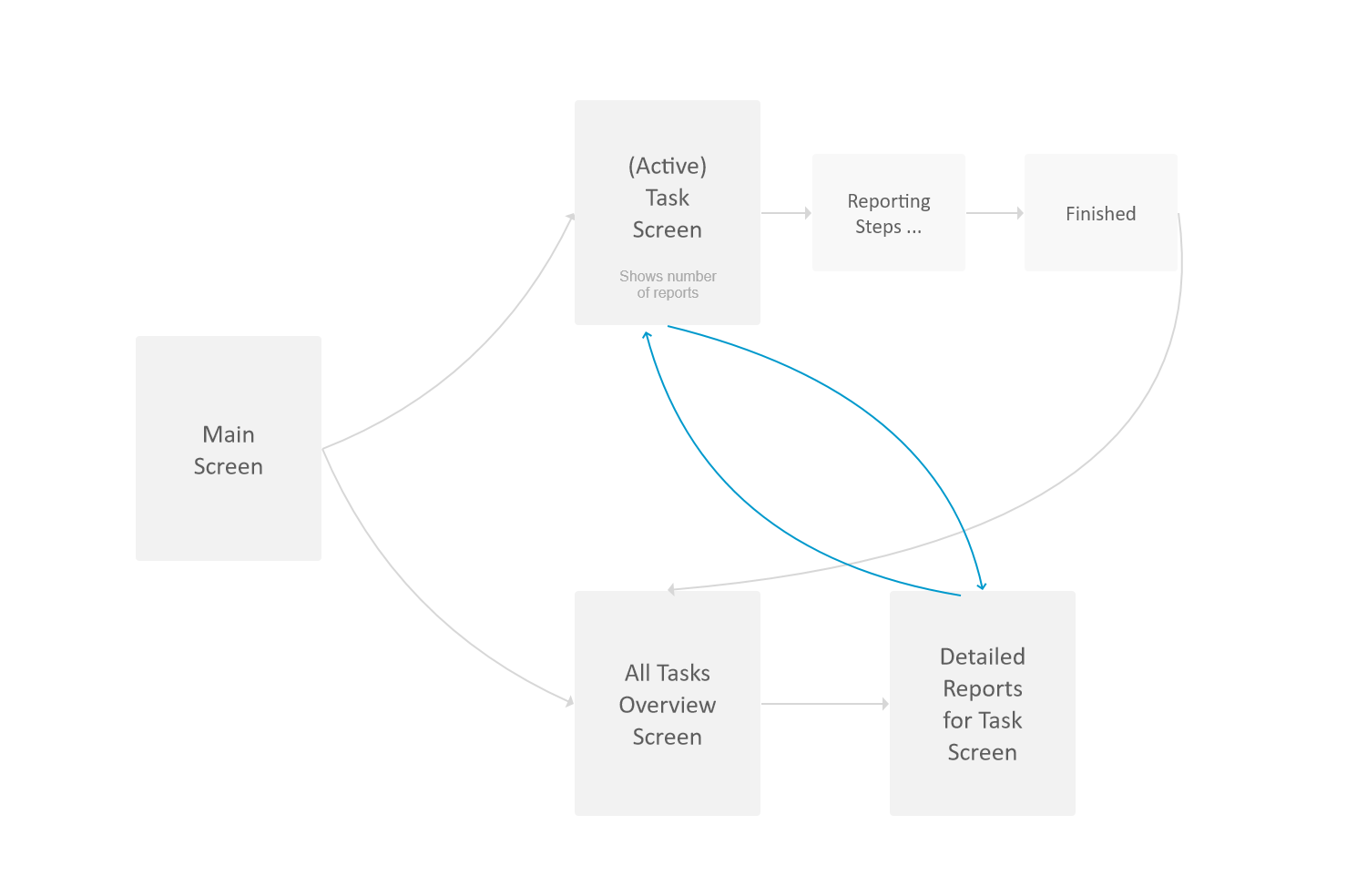 The issue I'm facing is this:
Both of these screens link to each other, creating an infinite loop.
Of course one option would be to remove one of the links completely but that wouldn't really help the user.

My current idea is to make it dependent on the parent screen that opened it and then simply hide the linking button:

(And vice versa for the other way around)

Do you see issues that users could have with this solution?

It does break consistency and might be slightly confusing at first, but it's a minor thing and should be learned easily. But maybe I'm missing something.

mobile navigation workflow
Share
Improve this question
asked May 9 '19 at 17:10

I don't see new screen creation as a significant problem because the stack of screens is limited by user behavior, which is finite, unless there's potential data inconsistency. Some options to consider:

Not the answer you're looking for? Browse other questions tagged mobile navigation workflow or ask your own question.

1
Adding a filter on a tab nav bar
1
How to visualize a process result and report as final step in a wizard
1
One single button or two buttons
4
Alternatives to opening in a new tab or window on mobile
58
"View Desktop Site" necessary?
1
UI Standardization or Worflow Optimization: When is breaking user-expectation acceptable?
1
Improve the UX of App's Back Navigation
2
What's a good way to design a menu in which some menu items are dependent on others?
1
Threaded/nested mobile comment section
0
Toolbar at the bottom of texts/numbers busy screen