Is it okay to save data only when user leaving screen?

I'm designing an app that controls a connected object.

In one of the screens of the app, the user can activate or disable a nightlight and set the hours of lightning (e.g. 8pm - 7am). 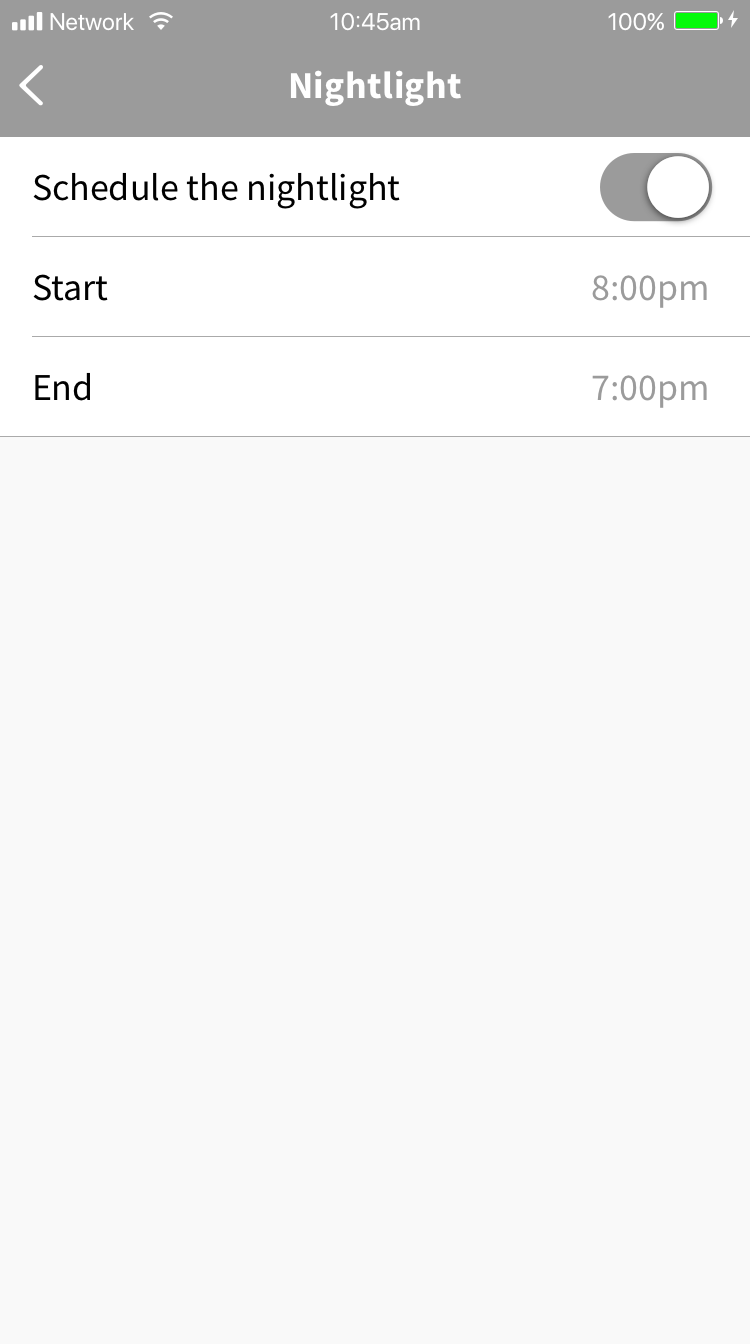 In my opinion, the user might think that the object is not correctly connected and that the parameters have not been saved.

What are the best practices for that type of usage? These are the options I was thinking of:

I think the approach here is slightly wrong. Saving and applying changes shouldn't be clubbed together.

Like you mentioned, the user wouldn't understand why a certain setting isn't being applied as soon as they set the value.

I would recommend applying the setting locally as soon as the values are changed by the user[1].

As far as saving the value onto the server is concerned, I would suggest using some sort of a push method. Sending it on exit of the screen may lead to other issues like, what happens if the user closes the app rather than going back or what if the user turns off data services and then closes the app. But that is outside of the scope of this question so I won't dive any deeper into it.

[1] - Unless the command comes from the server in which case, I recommend changing that behavior as it isn't user friendly and has many other drawbacks as well.

It not the right approach to justity any design desicion based on "In my opinion". Have any tests shown that this problem exists? perhaps you are solving a non-existent issue (just food for thought)

Regarding the 3 options you've presented id go with the first one (with a caveat): "Saving data when the user leaves the screen" this is a commonly used pattern. It still, however, requires some form of user feedback. "Were my changes saved? Was there a server error which prevented my changes being saved? Perhaps the user didn't have any internet connection and the changes could not be applied?" in any case, presenting a toast or a notification would be preferable to accommodate for all possible scenarios and to assure the user.

"Saving data each time the user changes a parameter in the screen" is another commonly used pattern. saving data locally then pushing it to the server at will as is a way to mitigate any performance issues BUT it can create a discrepancy between the in-app settings, and the settings that are applied to your actual device (changes are updated locally but not yet pushed to the server or perhaps could not be updated on the server). In your case (controlling an external device) I would avoid it due to the sync issues mentioned above but it should be preferred. In your case, however, I do not think it is needed.

"Adding a button to save the data" goes against the principle of "automation of unwanted workload" I would avoid it as it requires additional interaction which is unnessercary.

Not the answer you're looking for? Browse other questions tagged forms validation or ask your own question.

10
In a wizard form, should the data be saved to the server at the end of all step or at the completion of each step?
1
Validating a Preferences/Configuration "app"
1
Textfield validation - persist, ignore, correct or delete?
4
Reducing repetitive actions in cataloging software
0
How do I design HTML UI to indicate to both user and server that they can only use one fieldset out of two available?
0
Most User-Friendly way to show password-protection options
0
How to handle form validations when the Cancel button can lead into an incorrect state?
0
Best practice for validating text input on mobile
1
Disabling a modal dialog while waiting for the server
1
How to handle conditional dropdown lists