Locations Map: Show all location based on search OR go by the search area?

We are trying to create a locations search for the business so customers can locate it in maps on the company site. How it works is:

As cities/suburbs come in all shapes and sizes we can't zoom out to the boundary so there is a predefined zoom level we have to agree to.

As you can see in the diagram there will be some locations left out of view. My argument with them is if the user types London for example in the result list we should list those that are outside the viewable area, even though we aren't zooming out to fit all locations within view. But they dismiss this and say this is a locations "MAP" search so the user has to move the map around to get it to appear in the results list. 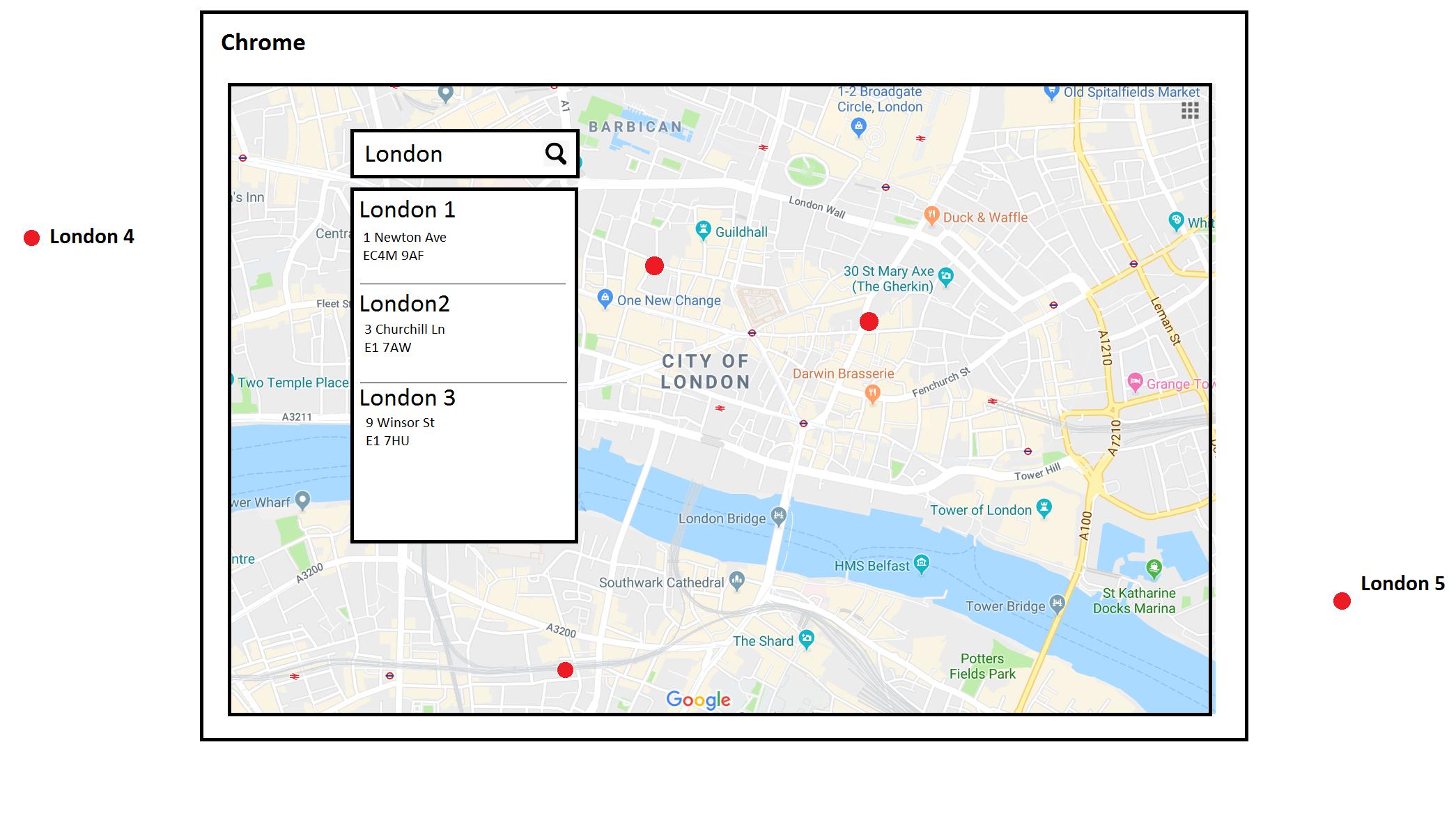 It's not a good idea to include all the results of London in the view area by zooming out. The reason being:- Imagine London 4 and London 5 are spread apart. So when you zoom out to accommodate this, your London 1 and London 2 get pretty much close to each other making it crowded and useless. Now imagine this when there are a lot of London in the city area; So you jam all of them in order to accommodate the rather less useful far away London 4 and London 5.

If the way you have shown now (4 and 5 only appears on the list) is not enough for client or requirement reasons, I would strongly suggest the following method: 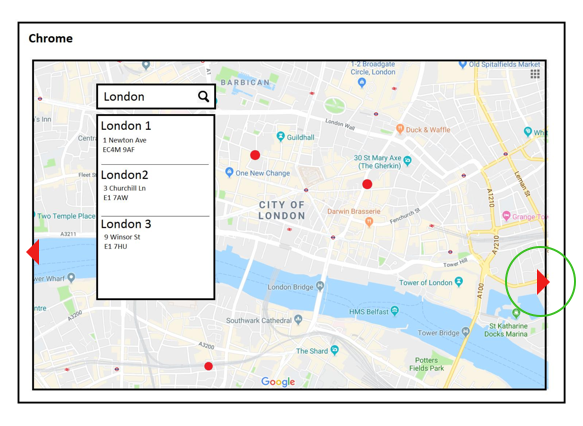 Here, The we can avoid the user from fixing his decision on London 1,2 or 3 as he gets a notion of continuity that there are more items in the result.

You're faced with the problem of displaying only part of a data set and need to know how best to inform your users what it is that they're seeing and how they can either expand or narrow their view as need be.

I would suggest looking at how video games deal with this problem. Off to the side, there will be a PIP (picture in picture) and a red box that shows the viewable area. You need to give indicators outside the red box that there are interesting things to explore.

I've worked on similar problems to this. The issue included dealing with suburbs and what to exclude. For instance, searching for a city - say London - and there is a legal definition of where London begins and the suburbs begins. However, doing this could mean excluding locations across a street.

Added to that, there was a problem we called "psychological divides." Meaning that one location could be closer than another but the closer one was across a river and in another state. (I'm in the US.)

We ended up providing the users with a series of choices from a map to a table of results. Variations got very time consuming to design and costly to build.

Not the answer you're looking for? Browse other questions tagged search maps geolocation or ask your own question.

4
How should locations without exact addresses be represented on a city map alongside locations with exact addresses?
2
What should the default view of a map be when you don't know a user's location?
1
Does finding something through a map also require a manual search?
1
How to handle map borders in 2D-map with drag and zoom out?
3
Asking location in the UK
5
How can I represent multiple pins at the same location on a map?
2
Store Locator using Google Maps - Initial Zoom Level
3
Testing Filtering Functionality inside a map based native mobile App
45
Obfuscating event location on map
2
Maps - Advanced Search