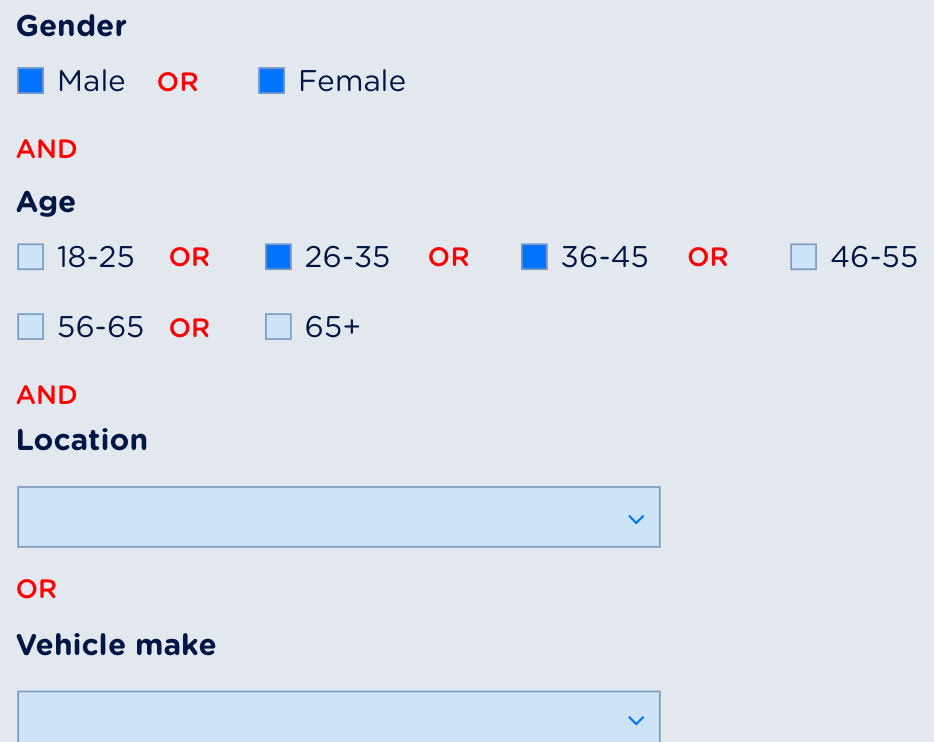 Users will understand that the multiple checkboxes within a group will be OR operators otherwise the selection of two options would always give no results.

This means, that if some options are OR selections they would have to be in the same group.

In your example the problem starts with the location and vehicle make. This two options are OR selections but not in the same group. If you group them and it should be clear that it is either or. 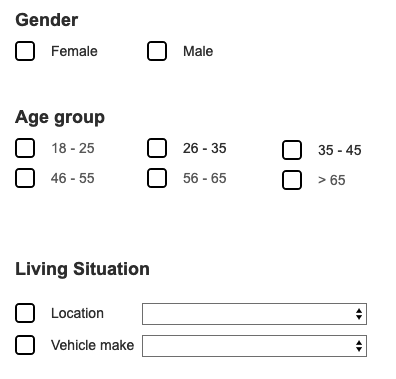 EDIT: To achieve that your users have the flexibility to choose the operator you could use the solution above. But let the user add a complete second (third etc.) filtering and merge the results. This would mean, that the logic of to use OR within the group and AND between the groups would remain. But with a second selection the user could change the result in any desired way, without being bothered with the 'technical' use of AND/OR. But: If you users are used to do queries like that a more technical interface might be a better choice.

You could try separating the act of selection from the summary, and show users the results of their choices.

Do you have some choices that could alternate within the category as booleans? If you allow changes between ONE or ANY, the controls can honor the limits of those choices. You can tailor those controls per category as makes the most sense (you may have some categories that are strictly boolean, for example).

Changing (some) of the logic

However, the user, for some cases will be able to change this logic (and turn it into male OR female OR facebook users).

Allow users to differentiate between OR (Any) and ONE and ALL at the category level. The controls can change to reflect what they can do.

If you have certain sections where the logic cannot be changed, just remove the dropdown and use text. 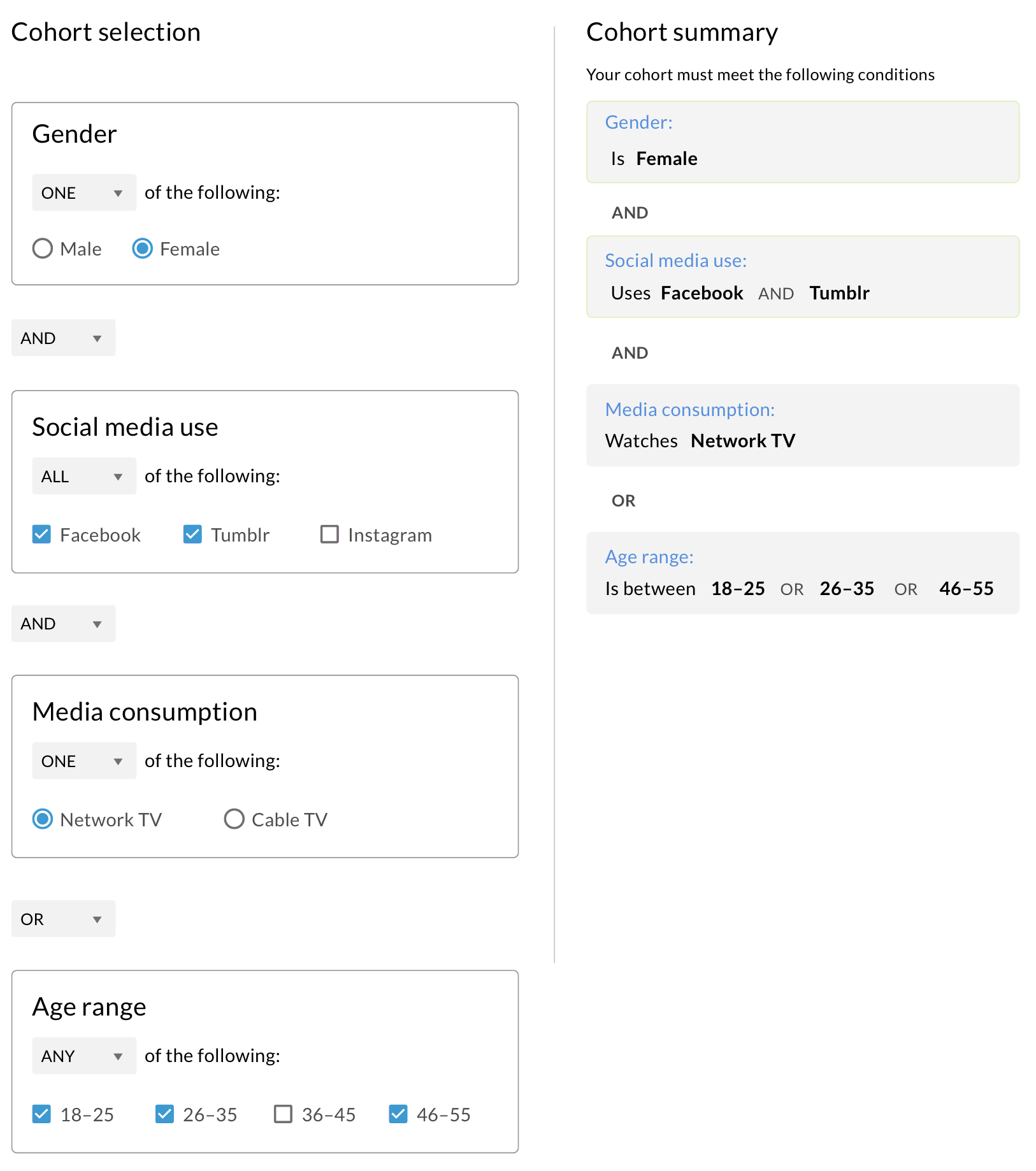 Not the answer you're looking for? Browse other questions tagged usability interaction-design user-expectation visual-design or ask your own question.

4
Form Input for Min/Max Field that can be Equal
0
Getting input for a one-to-many relationship
0
How to convey set inclusion and exclusion?
15
Keeping comments positive
2
Auto focusing erroneous form input fields
1
How can I make the message of this hero image clearer?
2
Auto scrolling between form fields
1
Arrangement of input fields
2
Highlighting differences between old and new results and conveying value to user