How to make content disappear when scrolling underneath the "header" area? Is there an example of this?

So I have a UX problem to solve -

Here's an example of the issue: 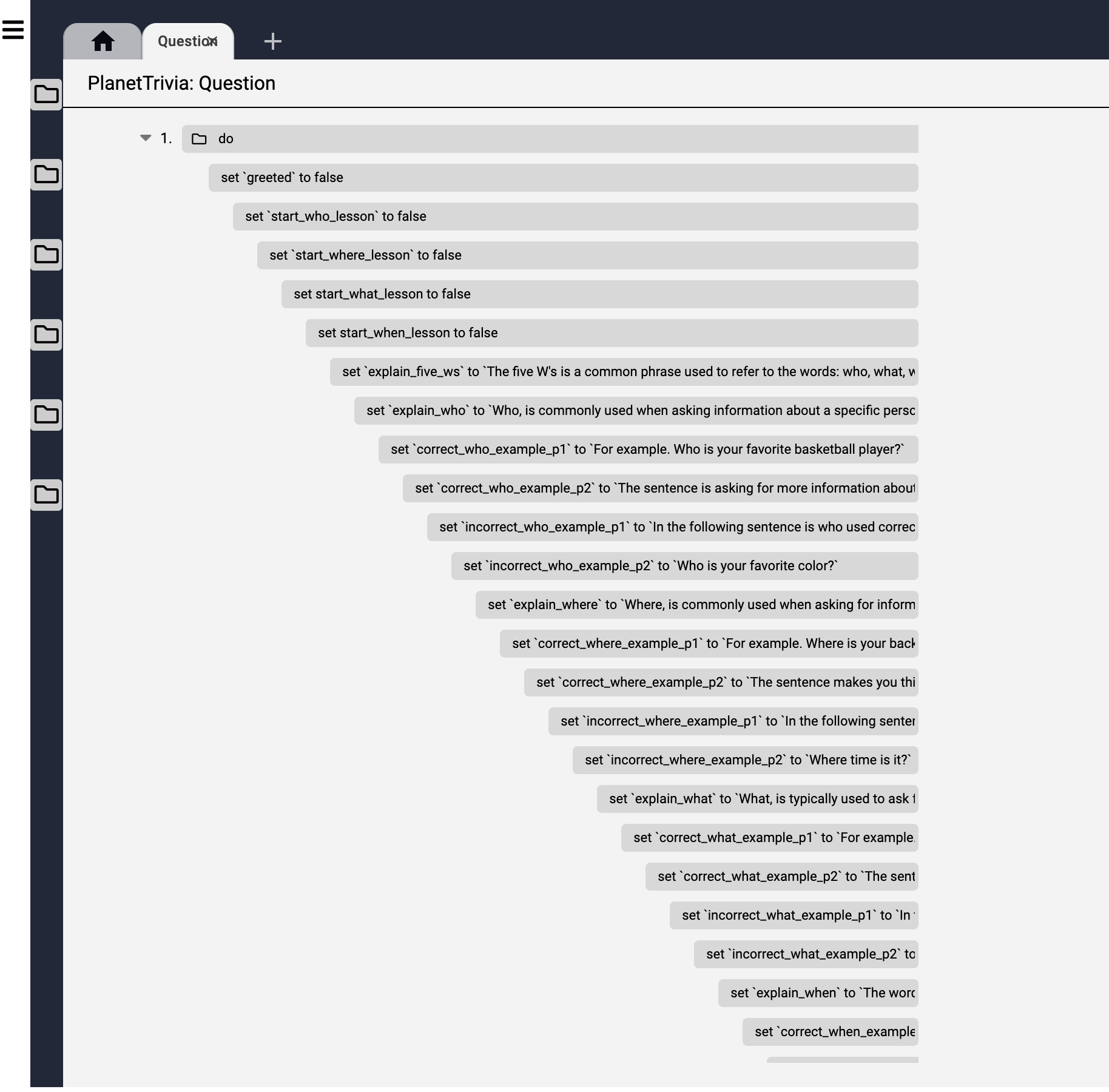 As you can see, the message steps are nested underneath the folder. In order to view all of them, you would have to scroll from top to down and left to right.

Here's what I was thinking of how to solve this problem:

In the image, the first picture represents what it would look like when you have the folders collapsed. The user clicks on the first folder for a couple seconds and then is transferred to a different screen where each of the steps are larger. When the user scrolls, they would only scroll from top to bottom, and the steps would "dissapear" under the header/folder area. All the steps would be at the same length and indentation, it's just the content that's within them that would change. To show that the steps are scrollable, the last one would be set to a lower opacity. In order to return to the first screen, the user would simply click on the folder for a couple seconds.

What do you guys think? Is this feasible? Is there another way to workaround this problem? 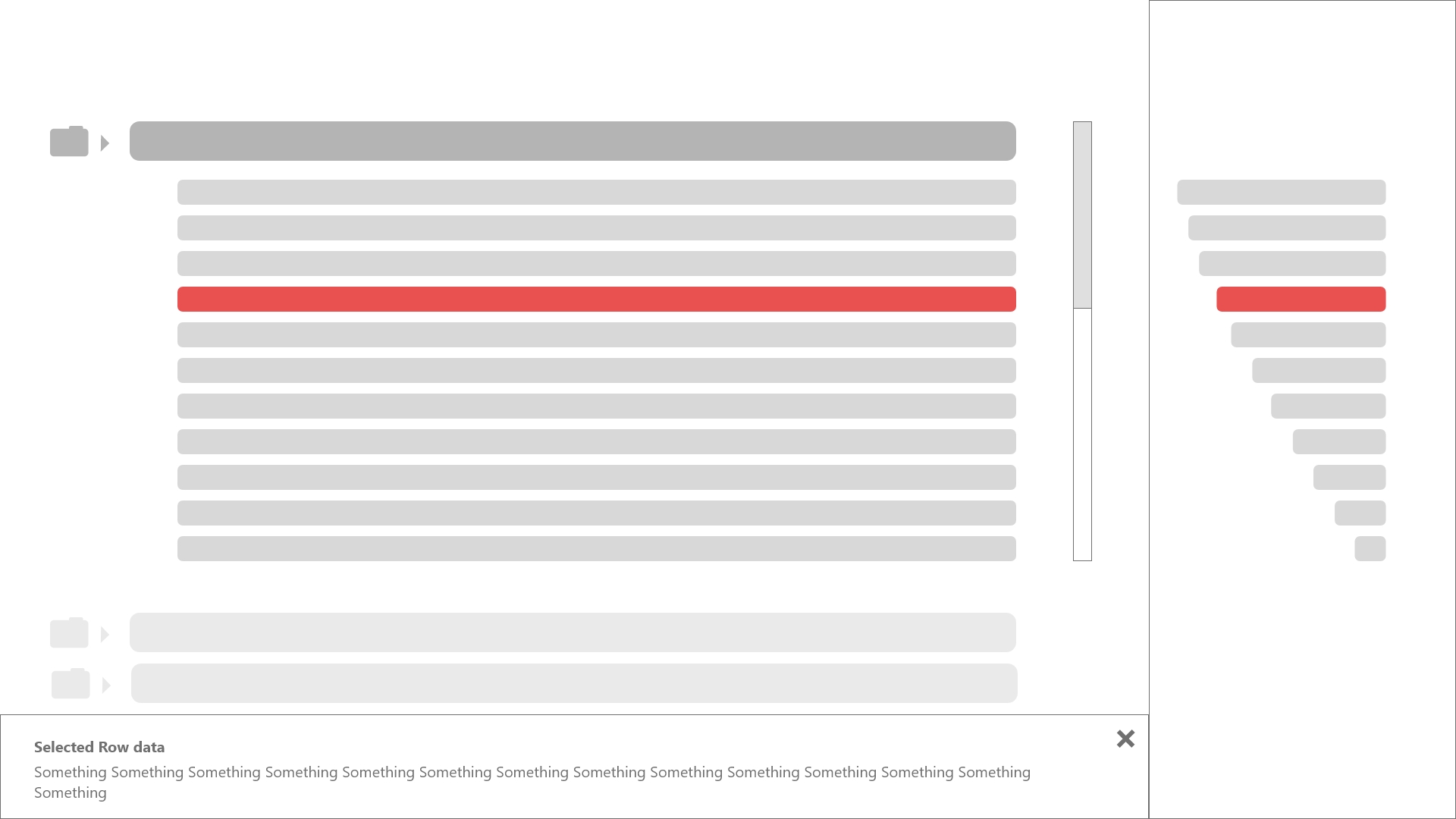 Keep the nesting aside like my wireframe. in here the user can identify the nesting order. when clicking the nesting area, left side same row getting highlighted(vice-versa) and all the data row can be seen from the bottom.

Not the answer you're looking for? Browse other questions tagged usability website-design interaction-design user-behavior design or ask your own question.

0
Setting a giant grid of numbers on a mobile touchscreen device?
13
How easy should I make it to delete content?
17
What is the current pixel width standard for a website's content area?
7
How to avoid pagination when an items list is very large (Webapp)?
1
Thoughts on having different behaviours for the same component
0
How to make the user rate the content
1
What are the correct steps to build a SaaS B2B company UX experience?
11
Prepare a user to perform an action before proceeding to the next step
3
How to make this interface work when there are too many objects?