The first picture is the dialog, the second is what happens after clicking on 'perform operation' when there are warnings. My question is if this is acceptable to open the dialog as in the second picture when the warnings are known in advance. 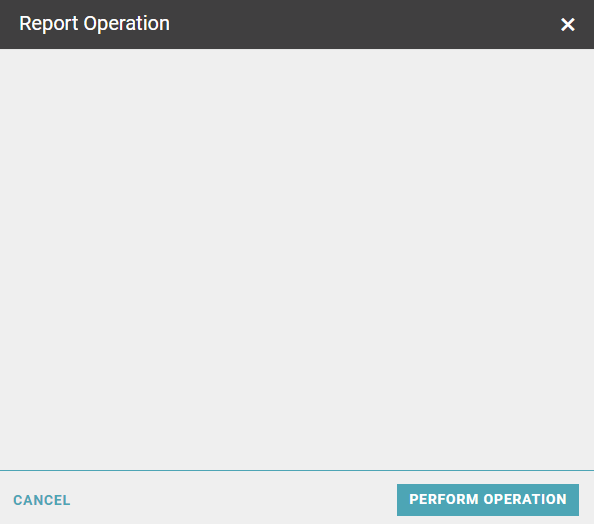 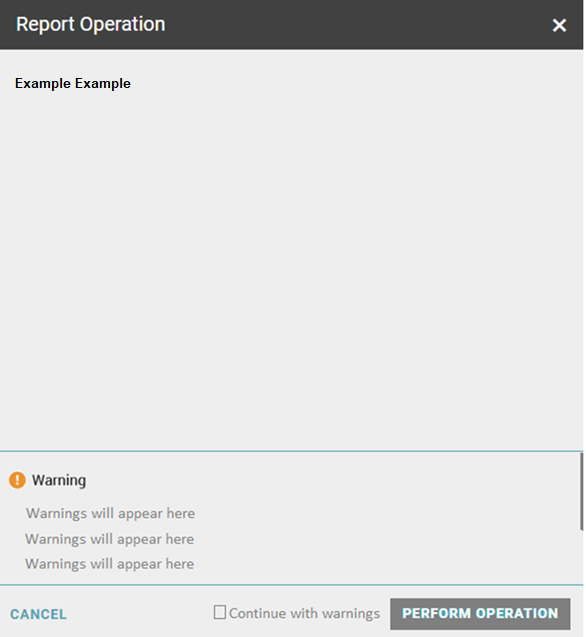 If I understand right the user has two different possibilities to start the operation.

If the user chooses to select items and then perform the operation the user was already warned about those items. If this is the case showing the first dialog is an unnecessary step. You should show the second screen with the warnings directly.

What you could consider, is an option to remove the items with warning directly in the dialog (maybe even remove all at once). Otherwise the user has to go back a step to do so. But said so, this depends on the overall workflow and the needs of the actual users.

Not the answer you're looking for? Browse other questions tagged validation dialog warnings or ask your own question.

2
Validation / Dirty Flag: should we force users to fix invalid entries before they move to another screen in the software?
24
Verifying that a user acknowledges and understands a given message without adding excess inconvenience
4
Default action for the “Do you want to leave the page?” warning?
1
Dialog box on top of wizard
0
Approaches for “action required” process?
3
Where should keyboard focus be after activating a button that brings up a non-modal dialog?
5
Is it a good idea to pop-up a dialog asking for a search update after click on tab?
3
Warnings on a dialog
2
Should a dialog close before a mutating change is accepted?
2
validating input widgets