I'm currently adapting a board game into a video game. In the original rules, dice rolls are indicated as # + #. The first number indicating the number of dice to roll and the second indicating what to add to the results. So 3 + 2 means roll 3 dice and add 2 to the results. This made sense because it described what the player had to do to get the results and also vaguely the range those results could be.

However, in the video game the player is not responsible for rolling dice and really only concerned with the possible results. In this case does it make more sense to just indicate a minimum and maximum result? The program behind this would use the same dice rolling system as the board game where each die represents a 50% chance of increasing the result by 1. So in the 3 + 2 example above, the video game could instead display just the range of possible results which is 2-5.

A prime example is Neverwinter Nights, a role-playing computer game which was basically Dungeons & Dragons 3.5 edition and tried to remain very close to its origins. A character with a certain higher-than-average Strength score (16) and a (Medium) greatsword would deal "2d6 + 4" damage with it, in D&D terms. Yet Neverwinter Nights showed weapon damage as "2-12 + 4": 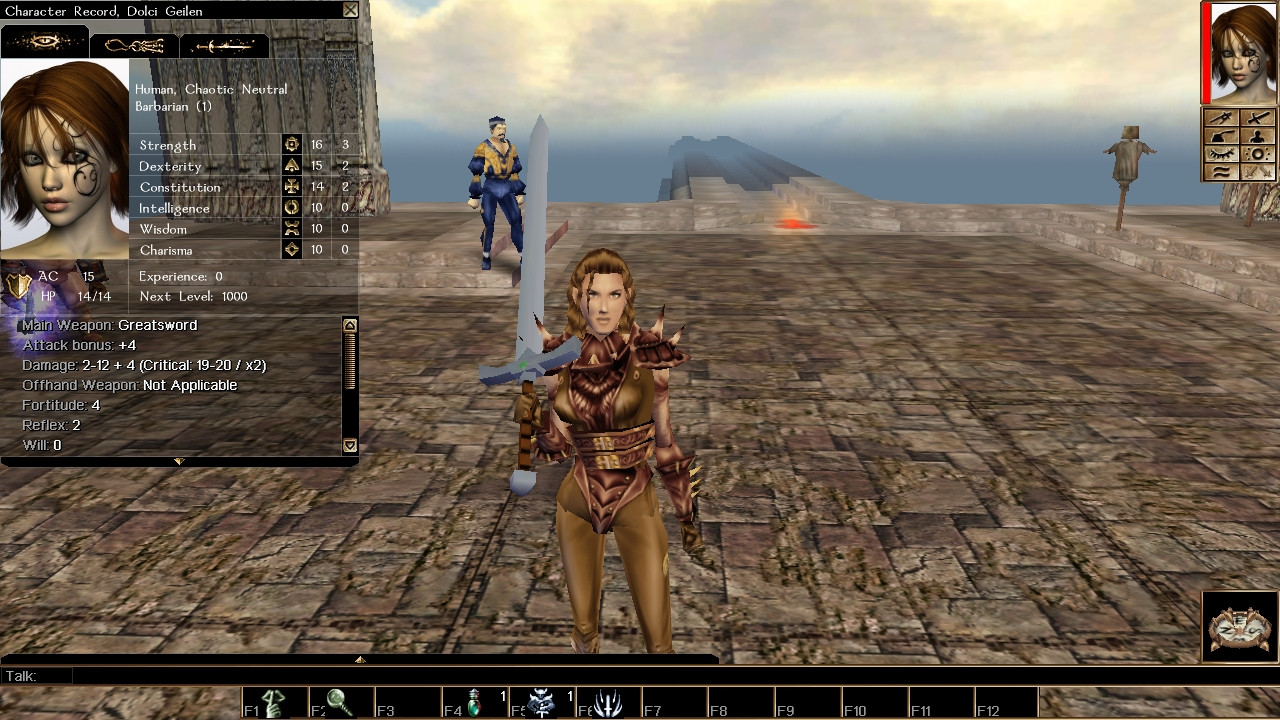 So just using ranges ("0-3 + 2", or even "2-5") and not showing the 'number of dice' is fine and doesn't put players unfamiliar with the game's original dice mechanics at a disadvantage.

Even though you could compact the possible solutions, you would be giving less information to your players. 3d6 + 4 has a range of 7-25, but the probability for each result is not the same. A 14 is far more likely than a 7.

Check out anydice for more information on dice probabilities.

Not the answer you're looking for? Browse other questions tagged interface or ask your own question.