Can I use medium color contrast in native mobile apps? Android & iOS have high contrast modes 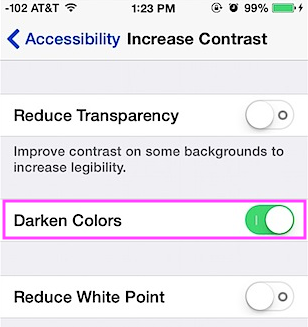 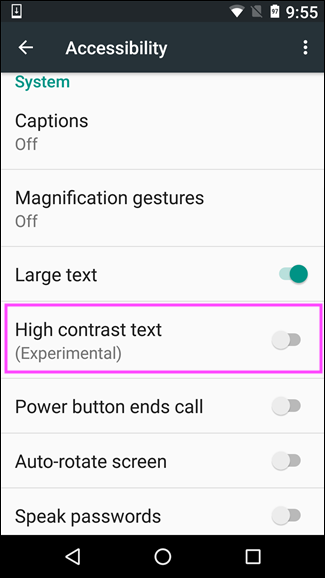 Nobody can stop you if you insist on using low contrast, but you should consider the following points:

The current version of the Web Content Accessibility Guidelines is version 2.1, where the relevant success criterion (1.4.3) has not changed since version 2.0. However, WCAG 2.1 introduced success criterion 1.4.11, which requires a contrast of at least 3:1 for "[v]isual information required to identify user interface components and states" and "[p]arts of graphics required to understand the content" (with certain specific exceptions).

A note to that definition clarifies that this includes (emphasis mine)

other visual reading assistants, which are used by people with visual, perceptual and physical print disabilities to change text font, size, spacing, color, (...) in order to improve the visual readability of rendered text and images;

Even if you are/were not interested in meeting accessibility guidelines, it is worth considering the following: a developer who creates content or a user interface with insufficient contrast forces (potentially) tens of thousands of users to do part of the accessibility effort for him/her, whereas a developer who uses sufficient contrast relieves the users of that burden. Which developer will have more satisfied users? I think this is the single most important consideration.

Firstly, according to Apple, make sure there is ample contrast between the font color and the background so text is legible. I don't know if there is a right answer to this question, but what I can say is that a lot of factors need to be considered -

Designing for users with a broad range of abilities can be super challenging. Smart designs use design elements like color, placement, and interaction in very intentional ways to help site visitors accomplish their goals — while giving the user the most enjoyable experience possible.

You should aim for a design that lets your users reach the goal as easily as possible, so maybe not worry about the app aesthetics. But that is entirely a personal decision.

If you design keeping accessibility in mind, it is also called as Universal Design. From my experience, I doubt if a product can be 100% universal, and it is upto you if you can afford to miss out on that small percentage of users who cannot use your products.

can I use low-contrast colors...knowing that users with bad eyesight can turn on the high contrast mode?

You can but you would not be WCAG AA compliant.

Do these high contrast modes count as "assistive technology"?

Yes, the contrast modes are considered assistive technology, which is really the answer to your first question. If you use lower contrast colors and the mobile device you're on does not have settings to improve the contrast, then the user is out of luck. Your app should be usable "out of the box" regardless of what settings are available on the device.

Not the answer you're looking for? Browse other questions tagged accessibility color or ask your own question.

16
Choosing high contrast text color (in relation to background color) dynamically
7
How to interpret wcag2.0 guidelines on contrast for buttons and icons
20
Are there premixed Material Design color combinations I can use for prototyping?
4
Can we have tab bars in mobile browsers(Swipable)
13
Maximum contrast ratio for good accessibility
0
Reusable named colors list to use across all mobile apps?
0
Mobile Tables - Accessibility (iOS vs Android)
5
Does WCAG (2.1) apply to native (iOS, Android) mobile apps?
5
Why do many prominent web apps use blue primary button with white text, when it fails the WCAG 2.1 contrast threshold