I've just installed (upgraded) Ubuntu 11.04. For those of you not familiar with Ubuntu, 11 is the year and 04 is the month. Ubuntu has a six month release cycle, so the next version is around the corner (11.10).

The new version is slick, but I was a bit... confused. On startup, instead of having the system menu at the top of the screen as used to be the case, there is a navigation bar at the left of the screen. This is the Unity interface. 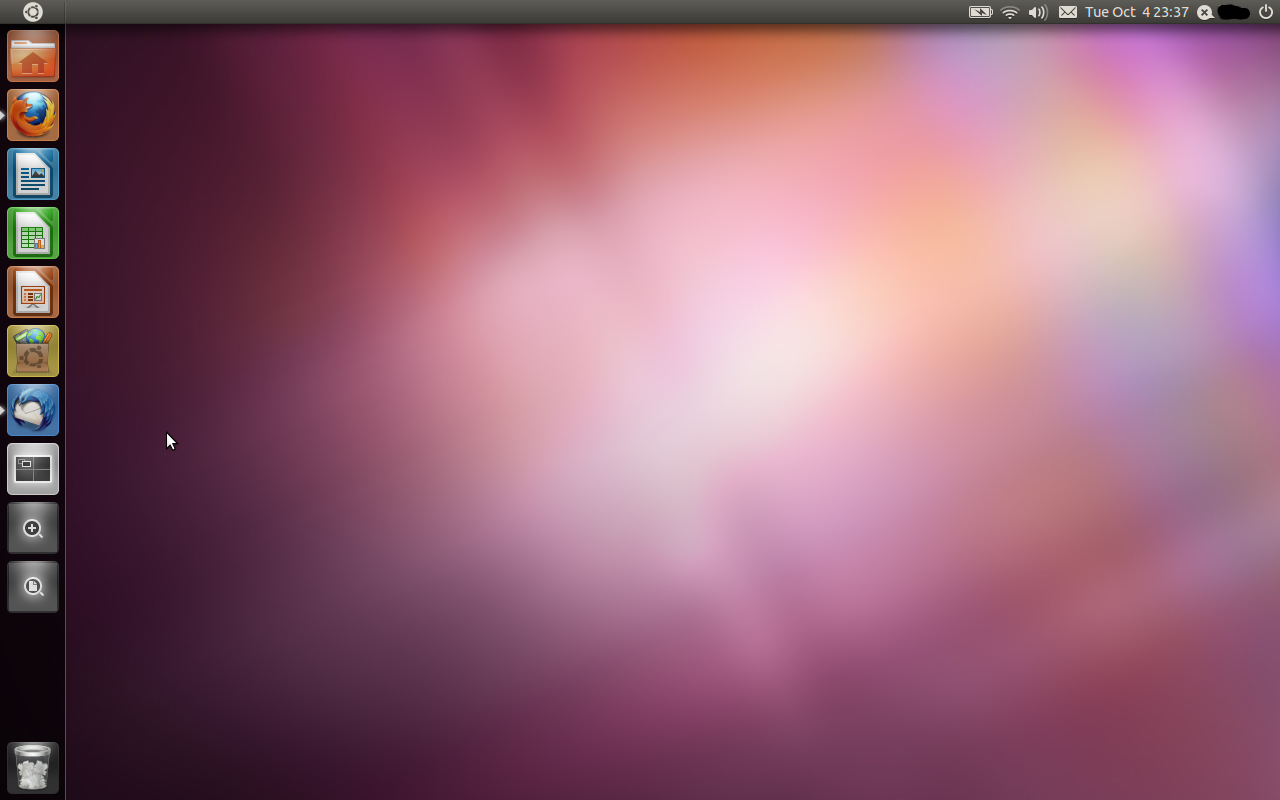 In the unity bar (however it's called), there are some applications I frequently use, some I hardly ever use and no system tools or accessories, or any of the visual indicators we're used to.

After some fooling around, it's not so bad, but my feeling is that for new users, the interface offers no indicators about what's really possible, so the learning curve will be steep.

This is the graphical user interface that's closest to the command line I've seen in a while.

So now I come to the question: Are there any usability studies out there testing this type of interface that offer hardly any visual clues? What are their conclusions?

Usability studies have been done by Canonical on the Unity itself, you can read a summary on the Ubuntu mailing list.

2
Why show the global menus only on mouseover in Ubuntu Unity?
2
What's the multi-window interface in Visual Studio called? Where can I find it?
0
Usability of multi-directional sliders for touch interfaces
6
Include/Exclude interfaces
1
Are there are any studies about displaying user opinions?
3
Global functionality placement on Material Design