Is there a good reason for the modern trend of removing dividing lines?

Sometimes a website I use frequently will get a major visual overhaul. Recently (within the last few years) the trend seems to be removing dividing lines and reducing contrast. I personally find this trend quite annoying. I find it makes the interface much harder to comprehend/understand because there's nothing to guide my eyes, just random things floating in space.

Is there a legitimate reason for doing this, or are all these companies just abandoning good UX in favour of "cool factor"?

Case in point, Google Sheets. It was updated a few days ago with a new visual design, and while I'm sure I'll get used to it, it immediately felt harder to see what was going on. Here's a couple of screenshots demonstrating the difference. Is it just me or does the sidebar in the second screenshot not have any sense of being separate from the main spreadsheet? 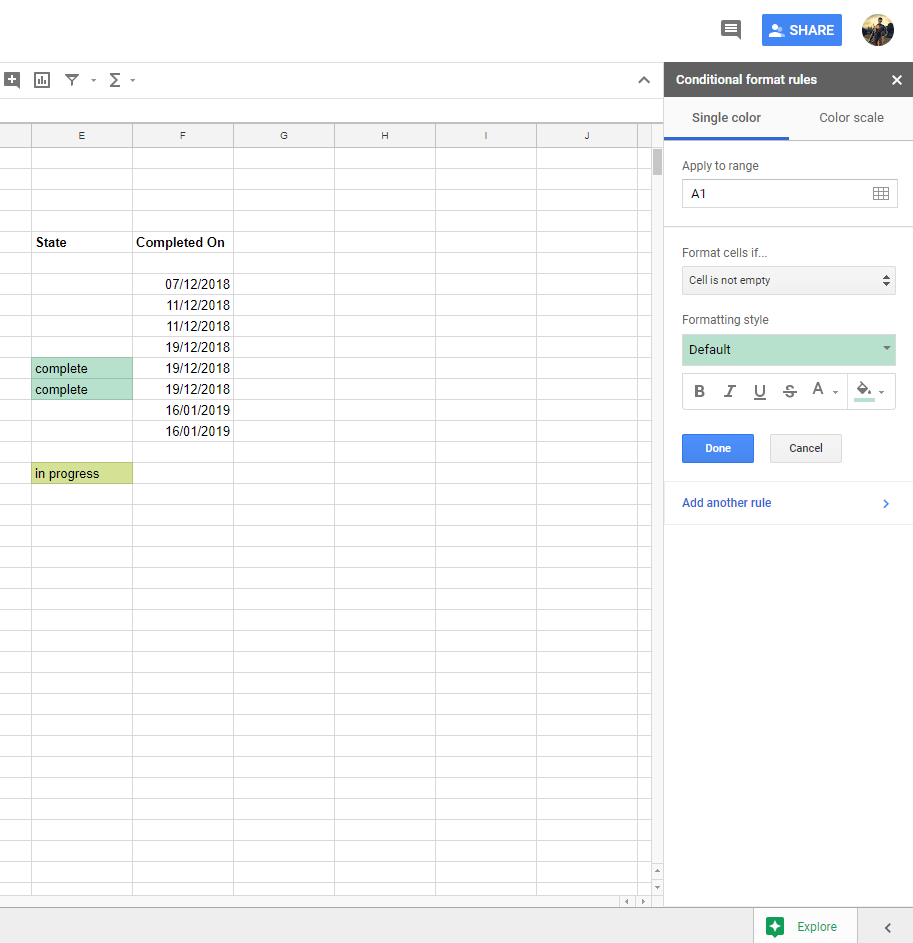 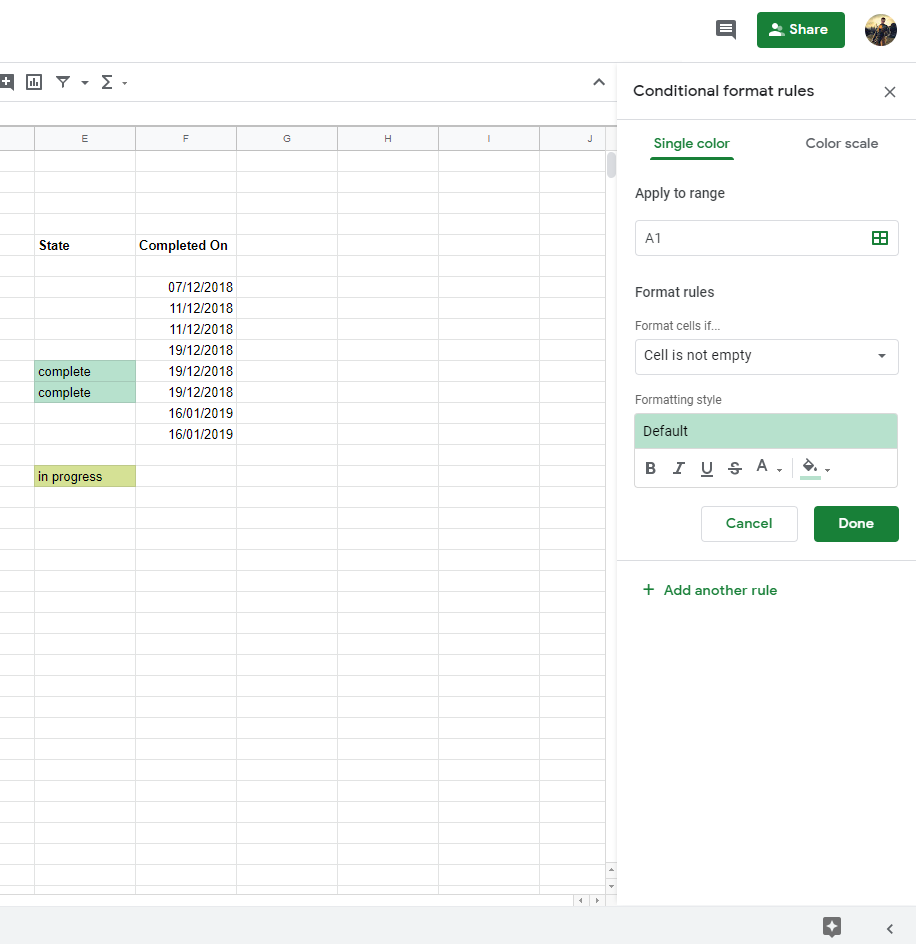 It's just another step toward the philosophy of minimalism and "less is more" in design. The question becomes, how much can you take away before you're compromising the user experience by reducing affordances? You raise a fair concern. Under Google's Material Design philosophy, that right sidebar would have a subtle shadow underneath to signify some depth and separation, somewhat addressing your concern. Perhaps Google Sheets hasn't yet been updated with Material Design?

I don't think Google Sheets is a good example. The new version removes a separator but adds a bold title to the group of inputs related to formatting options and that is in itself a type of separator. The separator delineating the "Add another rule" touch area at the bottom is also removed, but if the touch target click target is expands beyond the text area of the new button, then that's fine. The user shouldn't have to be concerned whether the user has fat fingers anyway.

As for other places where you see the removal of separators, it really depends on how's the design.

That said there's instances where there may be a deficit in the visual division of information in a layout. One such case (IMO) is the Agenda app: 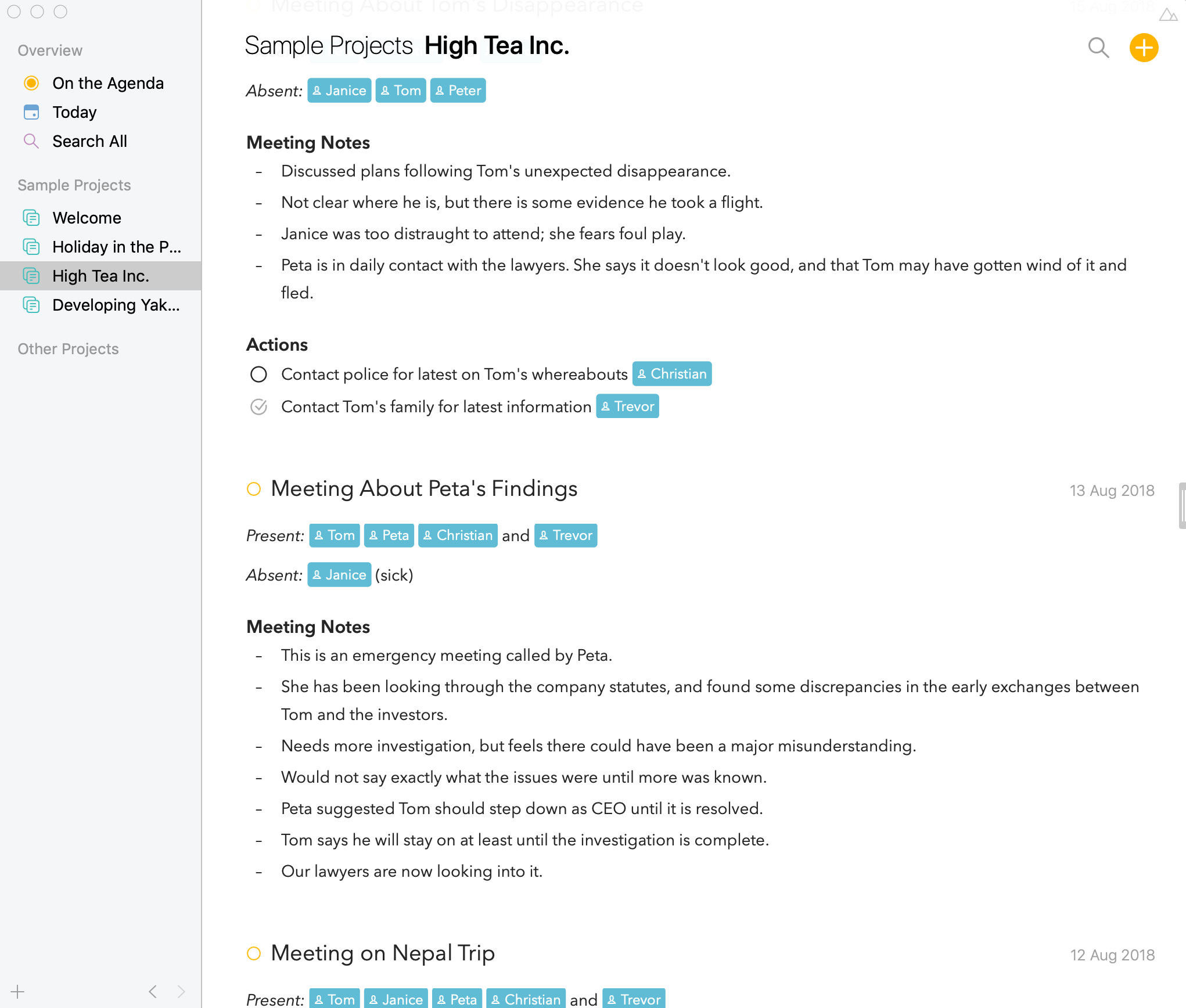 How many notes do you see in this screenshot?

There are some elements that serve as visual separators (the yellow dot and the date) but these are too weak to aid in quickly distinguishing the different notes. Titles don't count, because a single note can have multiple titles with a font size and weight similar to the main note title. Also note the strong visual competition from tags that further diminish the separating effect from said elements.

0
good reason/guideline/heuristic/principle, according to GUI design pattern, to align maximise, minimise and close button on the left side in Ubuntu
5
What is the best approach for showing a button hierarchy when there are multiple buttons?
0
What could be a possible reason for the cancel button to be bold when changing an iPhone's language?
2
Is there a name for this type of progress bar at the top of screens?
1
Is there a name for X Day of the month?
4
Is there a name for the way Excel scrolls through cells?
4
How can I represent something good for user and bad for the business in a graphical way?