How to display multiple progress locations?

So basically, there's a kind of progress bar, with the max value chosen just ahead of the current value (to suggest that the total is not limited), and the three data points indicated.

But I don't love this presentation, because:

Is there a better type of display for this kind of thing?

(Note: I considered asking this on Data Science but decided this was more about usability/presentation/communication than data, since the actual data analysis is so simple.)

Since it's a game, you have a lot of options to display progress in fun ways! 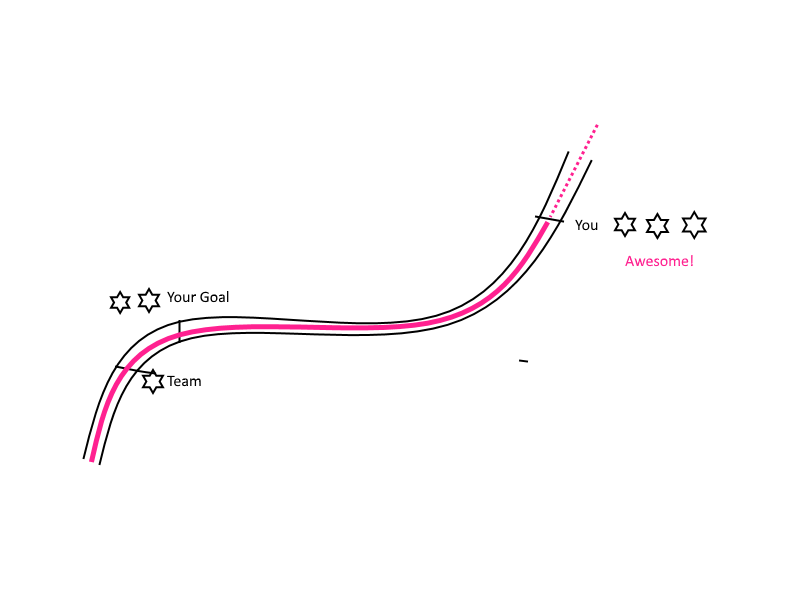 If you don't want goal to overlap with team average, just move them apart. I assume 100% exact chart is not the goal, since it's a game.

I'd try to form the requirements for your score report. From what you are saying those would be:

With the requirements formed I would use the non-linear broken tape graph, like this:

And this would be for the static score presentation.

You can always try to present an animated score bar where a zoom-in onto the required marker happens and the numbers on the bar are displayed only from a certain zoom factor, or have the markers slide from zero to their position while panning along the bar.

to me, the progress bar could be not the appropiate visual concept to use in this case. The progress bar it's useful when the user needs to quickly visualize the quantity of something (points, in your case) to reach a target. In this case there is no a targets to reach. The amount of points is, possibly, infinite.

You could choose to keep the points display only as number (like in old-fashioned 90s videogames) and visually activate a badge when the user reach his goal (a star o something like that, it depends on the overall art of the game). If needed I would keep the number of the goal near the badge (2000pts in your example).

I don't know your screen size but if you concern about it, I would suggest to change the text label to: (1) Team (2) Goal (3) You I would also make it gauge chart. Something like this. My apology for bad graphic. 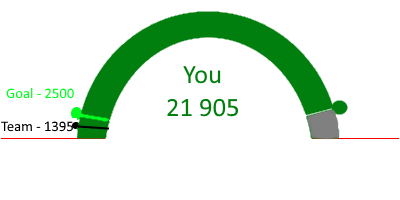 If it's a PC game, you could also work with hover/click pop-ups:

Little letters on the bubbles and colors (useful redundancy) to make them easily distinguishable.
Great upside: You can have a dropdown with explaining text, in case the user doesn't understand it.

Would also solve the issue with overlapping text.

Actually this would work on touch devices as well, just tap instead of hover.
But only if there's enough space.

Looks like too much and uncomperable data for one graph.
I would try to split and prioritize. Something like this:

Not the answer you're looking for? Browse other questions tagged info-visualisation charts graphs or ask your own question.

4
What type of graph do users prefer?
0
Presenting comparable data series with varying frequency
1
Best Way to Illustrate Creating Charts based on Dynamic Data
6
How to handle overlapping elements?
0
How to display this piece of information on a web app?
3
What is the best chart to present multi dimensional data?
3
What's the best way to label weekly periods?
2
How to display data behind a data point in a matrix?
4
Best practices about options and toggles
2
How to implement a side filter bar for smaller screens without overlying the platform content?