I have to design a dashboard to help sellers to manage invoices addressed to them during the month. The invoices will arrive in "To do" tab. For each invoice we have two choices : "Accept" or "Reject" the document. When a document is rejected or accepted it moves to the appropriate section ("Rejected" tab or "Accepted" tab).

In "To do" tab I don't have any problem, I put two CTA buttons in each card ("Accept" and "Reject") with a high emphasis treatment on "Accept" button (which is positive and must common action). 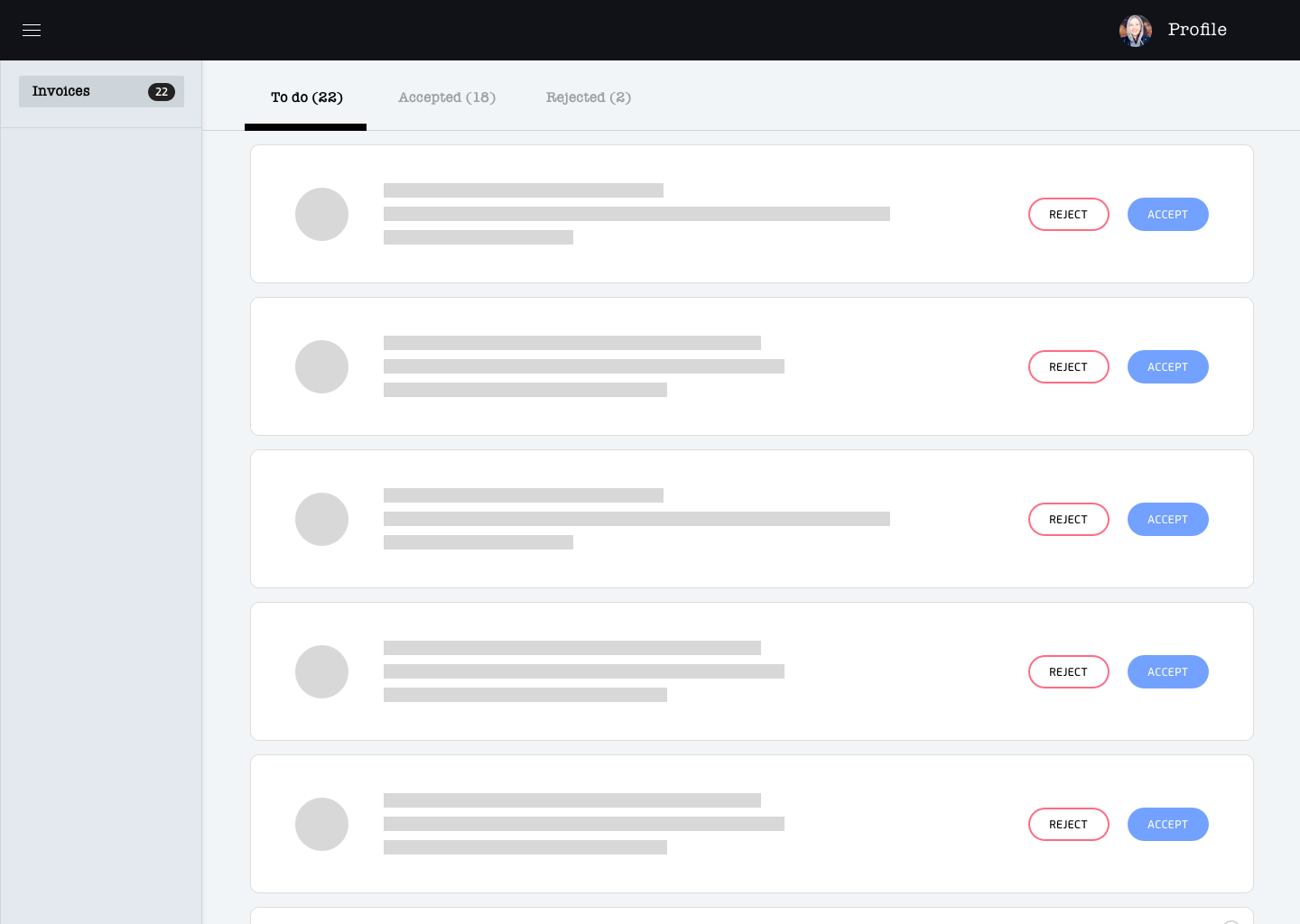 My problem is for "Accepted" Tab (and the same for "Rejected"). The seller can see a list of accepted invoices but he can reconsider and refuse an invoice or just remove the Accepted state of it. For these cards I don't know how to design the buttons. I putted 2 outlined buttons (without high emphasis) and I do not know if it's understandable. Should I change and put contained button for one of the two ? 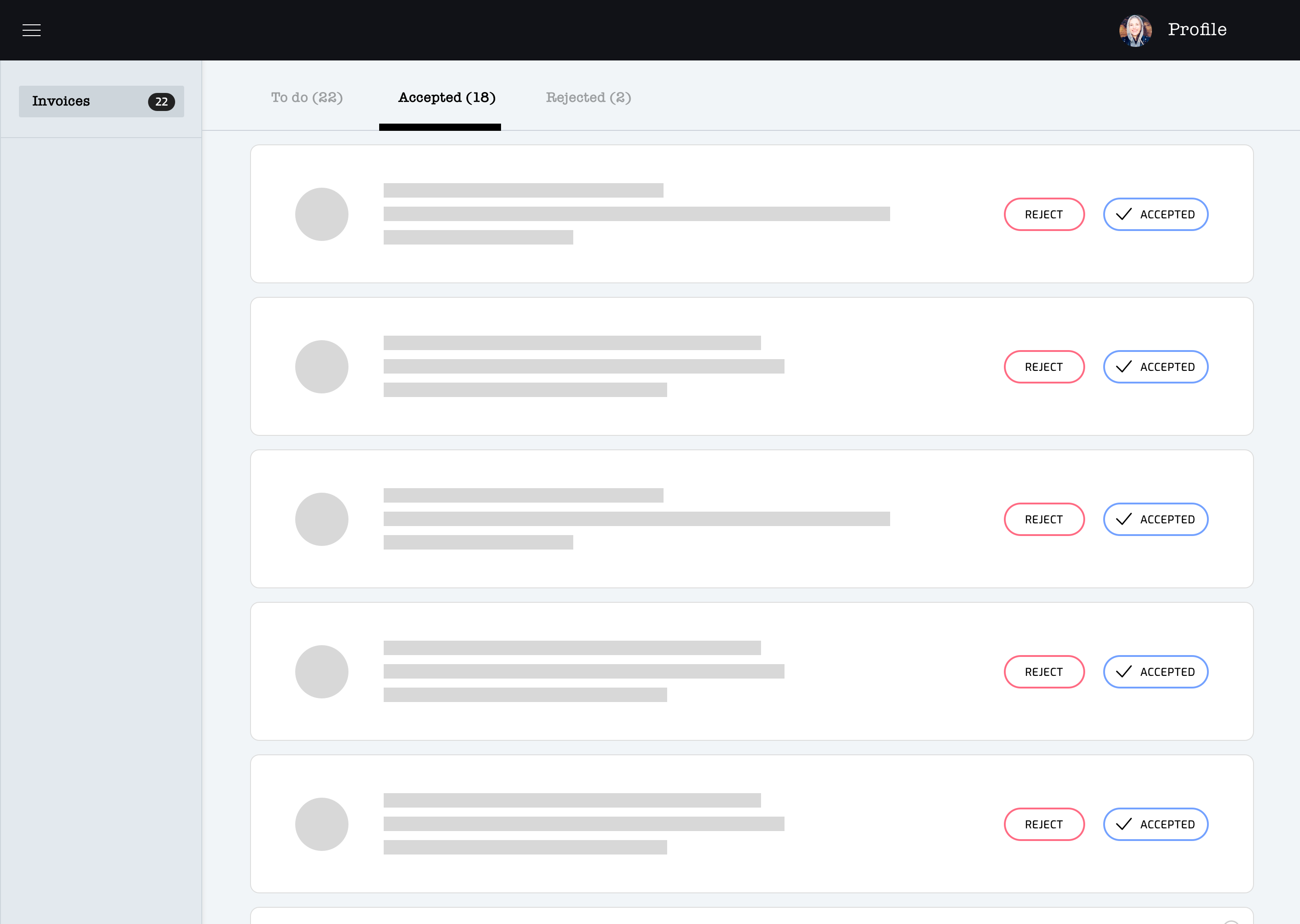 Think of the [To Do] tab as your original tasks to complete. Once an invoice is moved to either [Accepted] or [Rejected], the task is considered done and in its final state.

Therefore, if a task is under [Accepted], the use can either [Reject] or move it back to original list, meaning [Move back to To Do].

The [✓Accepted] status for an accepted invoice is unnecessary since (1) It looks like a button and as such is not descriptive as to what would happen if I click it, and (2) it's unnecessary as an indicator since the user already knows they are in the Accepted tab.

If moving an invoice from Accepted to Rejected or back to To Do is not a frequent task, I would also consider hiding those options under a [...] button. Giving you more space for whatever information or more relevant actions you might want to surface.

What about "Reject" and "Unaccept"?

Or what about radio buttons "Undecided", "Rejected", and "Accepted"? The question would be that of when tasks should switch tabs.

Not the answer you're looking for? Browse other questions tagged buttons lists cards tab cta or ask your own question.

0
CTA buttons and usability on Mobile
5
combining cards UI and buttons
0
What's better UX in a payment rejection screen: provide just 2 main calls-to-action OR show links for all possible actions as shortcuts?
0
Actions position on cards
0
Should CTA be placed on all cards
3
How to deal with multiple CTA for different applications linked on one page?
5
Apps CTA buttons shape
1
How to display a CTA on mobile
1
Should one use the same color for CTA buttons across a site?
1
Are buttons necessary on product cards?