How best to display a rankable list with a heading and submit button?

I'm designing an app where users can vote on a list of choices by ranking them in order. The voting screen needs to have:

What I've got now, as displayed in Chrome on an Android phone, is:

What I'm not sure about:

Any feedback on these concerns (or other parts of the design) is quite welcome.

Use labels in the table headers to indicate ranking, and make clear that items can be moved.

Ranking as a concept

Test with your users, but Ranking (or equivalent word) is a fairly common concept in voting (e.g. ranked choice voting). Ranking implies that first is best in most cases, so you don't need the extra labels.

If you have labels that update once the user has dragged the item into place, it can also reinforce the interaction and its results.

Signifiers that are prominent for ordering choices

This is a start, but I tried emphasizing the drag handles, and separated the elements a user interacts with from the items they are ranking.

In this case, I used a blue background, but i'm sure there are other ways to visually indicate something similar. 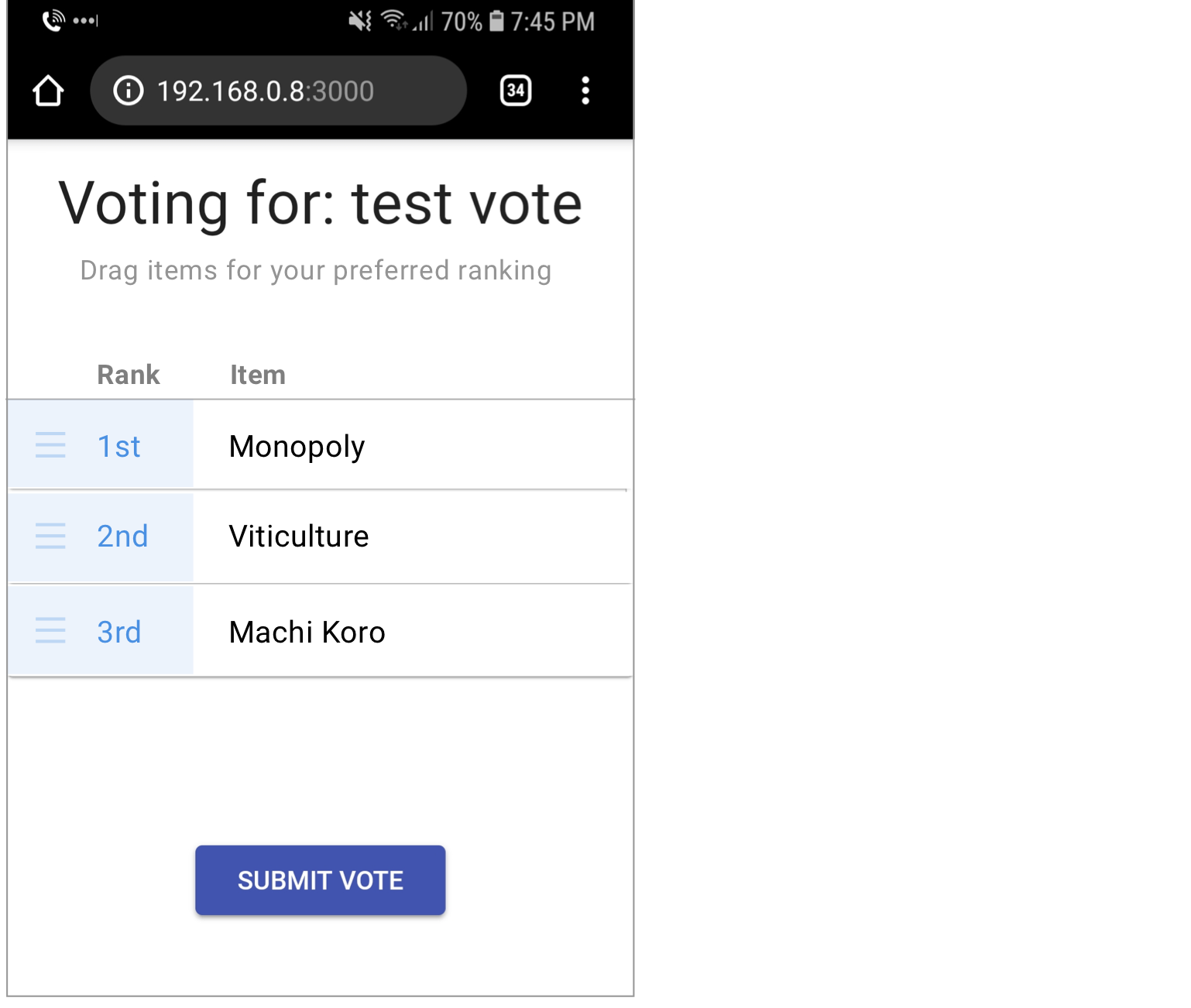 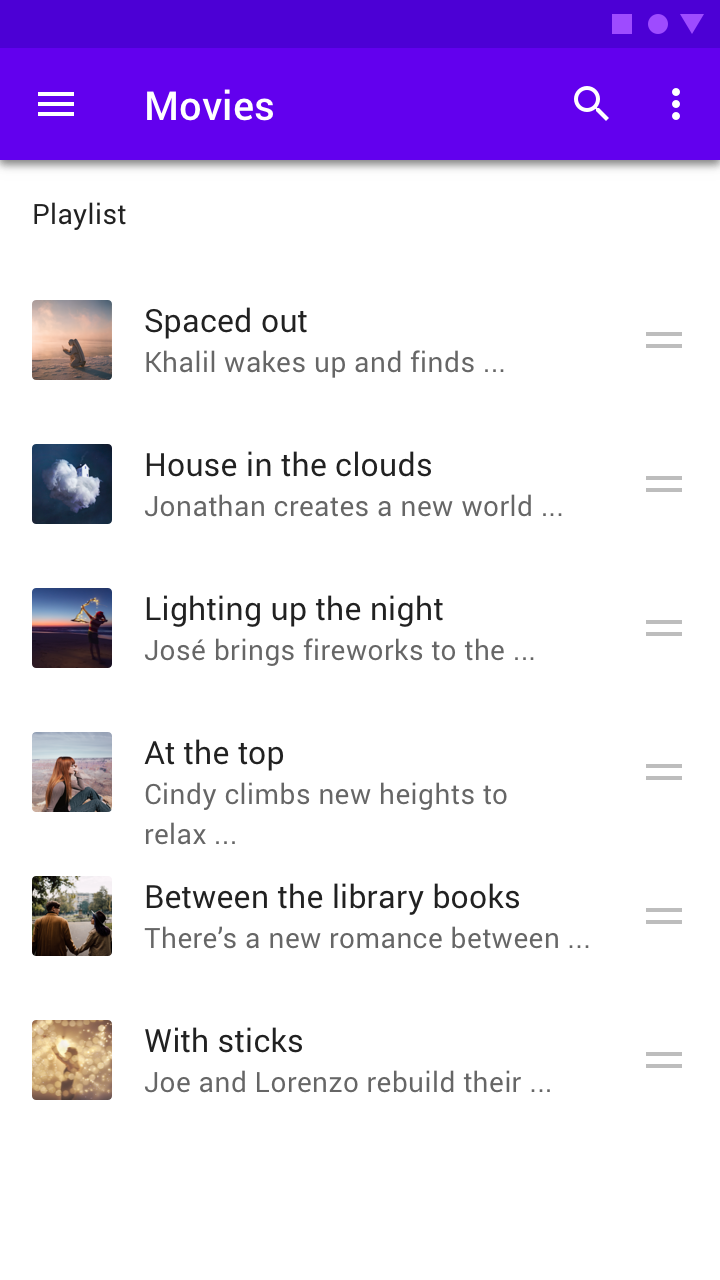 Not the answer you're looking for? Browse other questions tagged web-app design lists mobile-web or ask your own question.

2
What should a “wizard” style interface on the iPad look like?
8
Checklist App (Process Documentation) Interface For Android Mobile Tablet & Phone
2
Form with both save and submit buttons
2
selecting multiple items from a short list, and marking one of them as “leader”
3
Edit button or tap to edit
5
What is a good UI pattern for selecting contiguous items from a list?
0
Toggle List with Button
2
Interacting with a dynamically sorted list
3
Making large sets (250+) of choices more manageable
0
Best way to handle browser “back” functionality for a voting webapp