I have to choose the design for a complex â€śbusinessâ€ť application.

I work at the public prosecutorsâ€™ office and we need to develop an application to that handle hundreds of fields, grouped in different categories. All data belong to a investigation cases.

The system have near a millions cases and a user can have hundreds of cases assigned at a certain time, so it is very important to access their cases in a simple and direct way.

The app run only in PC through a web browser. We do not have phone access o tablets, and the screen are all off 1368x760 pixel or greater.

My developers say that â€śwe must choose TDI because it is the stream todayâ€ť and Iâ€™m doubting this.

What I see is that the use of the entire screen results in the generation of huge components in an attempt to cover all areas. In addition, product of the same, it is tempted to add more information than necessary to fill the blanks generating visual pollution.

A desirable feature is that users can compare the data loaded between different cases (it is common for a suspect to have more than one cause).

This is how they are currently seen: 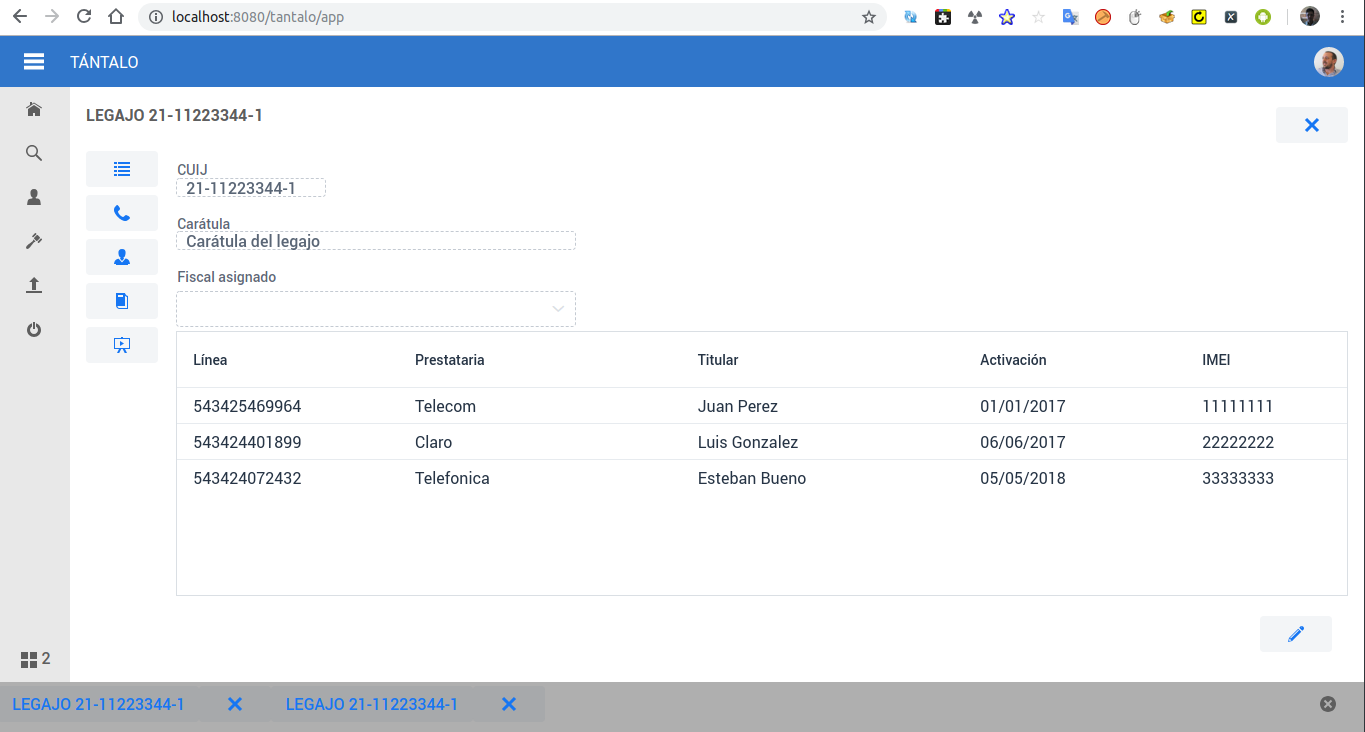 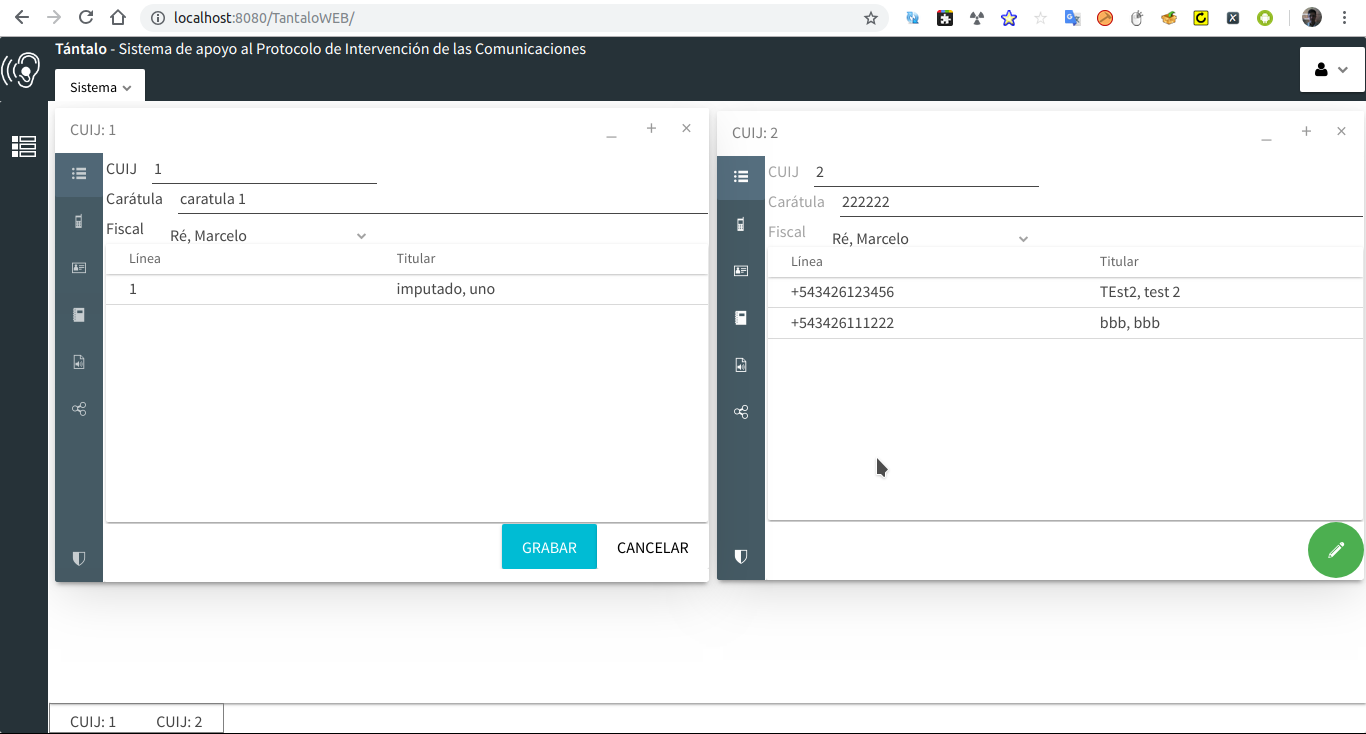 In the case of TDI, each cause remains in a different tab and you can see the data going from one to another, but never put one next to the other. I can not convince myself to have to use such large components and the distance traveled by the mouse is enormous since it has to cross the entire screen to access the actions.

You can switch between each tab from the tabs bar located in the base.

With the sub-windows you can keep the focus only on a small area, distributing the components correctly and minimizing the movement of the eyes and the distance traveled by the mouse to perform an action. The access to each sub window is done in exactly the same way as with the tabs, from the window bar that is in the base. Moreover, if the windows are maximized, it is in the same scheme as the TABs.

As we did not reach a concession, we have made a series of personal interviews to verify the opinion of our users. We interviewed 32 users from different offices, from common employees, heads of areas, heads of department and prosecutors.

The result, so far is: 65.63% in favor of MDI and 34.38% in favor of TDI. In addition they were consulted on several aspects, such as the highlighting of the buttons. 94.12% voted to highlight the buttons instead of the text. On the tones for the theme is more even: 48.48% prefer dark themes and 51.52% prefer colors.

Returning to the original question in this post, why should I use TDI if users prefer MDI? What is lost or earned in each case?

Truly I didn't have a thought about of this, but I think this kind of case could be answered with a chain of thoughts.

First of all, â€śwe must choose TDI because it is the stream todayâ€ť is not a valid argument. The first answer come to my mind is the famous "If your friends jumps into a hole, are you doing the same?". You're not designing for "stream", but for users.

The researching you had done throws some light to the answer. Users prefers MDI to TDI in this case. So I could suggest defend that model because you have real data and that have priority over trends

The only thing I can add is "Is in this case really excluding TDI and MDI?". I think you can have a middle point giving users the opportunity to choose if they want to see all the data like first screenshot or they want to compare data.

Not the answer you're looking for? Browse other questions tagged gui-design web-app business-application or ask your own question.

3
How should I design an MS Access application for Excel users?
5
How to manage actions that could be nested 3 or 4 levels deep?
8
upgrade-friendly visual treatment for features disabled in the free version of a freemium product
0
MDI in Web Based Application - How convinient?
3
Should I use MDI for web applications?
2
Enterprise web application - lots of data and tabs
3
Best UI/UX For Several Levels Deep Selection
0
When should a web application be avoided in favour of a website?
1
Video game vs professional software user interface design