How to make an inheritance relationship understandable?

In my educational game application, there are teams and the players on those teams. Historically, players could play any game they want (classic mode), but now I'm implementing a feature to limit the allowed games to the ones chosen by the team leader (teacher). We're calling this "focus" mode.

The focus can be set for the whole team, as shown, but the teacher can override per player to allow individual players to be more or less advanced than the team as a whole: 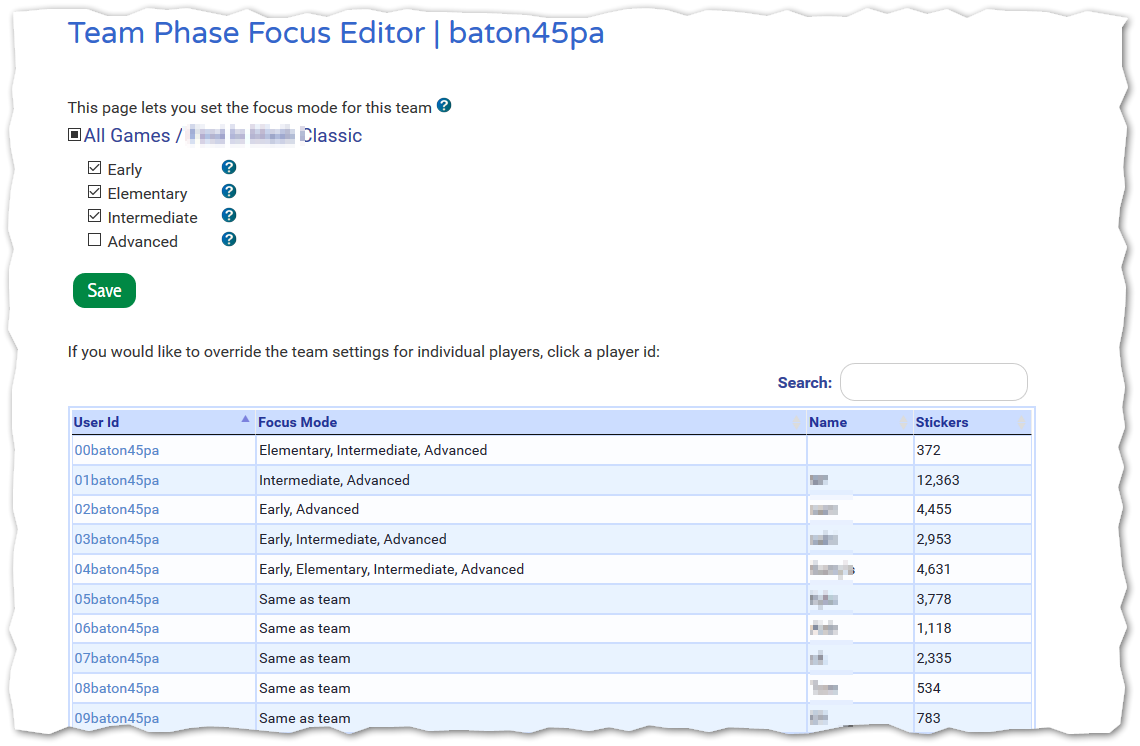 In testing, we're finding that some people don't understand this hierarchical relationship, or at least are confused by what happens when you change a team. One user thinks that if, say, you remove the "Early" level from the team focus, then it should be removed from all players, even though the whole point of the UI is to allow players to differ from their team. On the other hand, maybe that is a reasonable interpretation of the UI, and there should at least be a prompt asking if that's what you'd like to happen.

Can anyone offer guidance about how, in a situation like this, changes to a parent should propagate to its children and how such a relationship should be represented in the UI?

Try splitting a view mode table with another column showing additional permissions. Give them a chance to edit individual permissions on hover.

I don't know if I understand the interaction fully, but it seems like the user goes into 'focus mode' for editing, and I'm assuming there's a view mode, which shows the results.

Could you separate the team permissions from the individual permissions, and allow a quick edit on hover at the row level for an individual user?

You might call permissions at the user level, 'Additional user permissions', but I would test on users to see if they understand the concept.

or, allow a batch option, so multiple users can be assigned a permission at the user level, regardless of team:

Is 'focus mode' the right term here? Why not just tell the user they're either editing at the team level, or at the individual level?

Focus seems like it can be an overloaded/generic term: users are 'focused' on whatever they are applying deep concentration to. That could describe almost any concentrated effort.

A multi-select dropdown might be a way to keep this visually simple.

The default setting for each student could read "Use Team Permissions":

When the administrator expands the dropdown, the default option is checked: 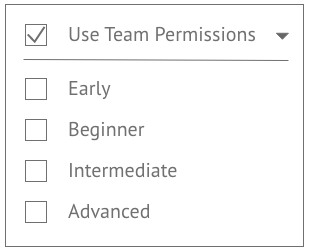 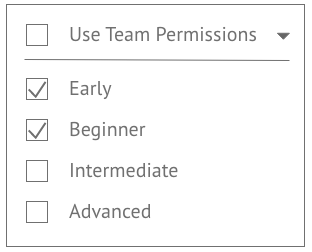 When the menu collapses, the selected options are shown, separated by commas.

You can also use hierarchical lists / tables to implement this, as shown in this Grid example.

Not the answer you're looking for? Browse other questions tagged gui-design interface customer-experience or ask your own question.

48
With infinite scrolling, do scrollbars still make sense?
0
Handling loss of visual relationship when selected item scrolls out of view?
5
Visualize many to multiple relationship (Interactive)
5
Thinking in Inheritance vs Editing Multiple Disimilar Values
8
How do I make a photo look like a checkbox?
1
How can I make this menu have multiple depths?
6
How to make apply changes more noticeable?
0
Regarding Customer Journey Mapping(CJM), can we make CJM's of same persona with different scenarios?
1
Which indicator is more understandable?
1
How to design interface for backups that users can restore to