Why monospaced fonts are not used as frequently as serif and sans-serif fonts, outside coding?

We see sans-serif and serif fonts everywhere, from the web to printed books and newspapers. I'm wondering why monospaced fonts are not popular outside coding context?

Here is a simple comparison I made using Pair & Compare: 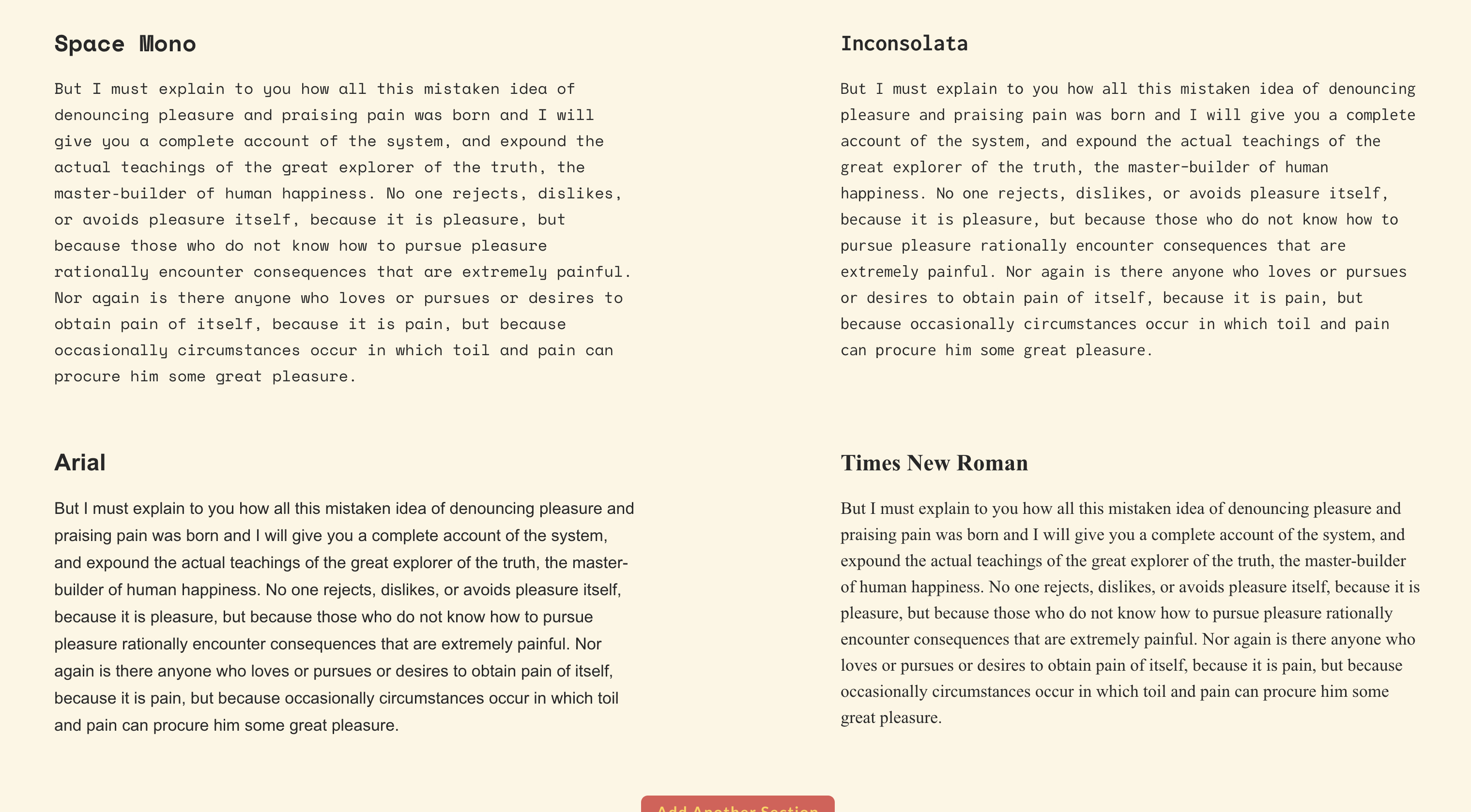 We know that for monospaced fonts, letters and characters each occupy the same amount of horizontal space. Doesn't this make monospaces fonts easier to read?

I think that the main reason is legibility.

Monospace are designed to make characters easy to read and find in hundreds of lines of code. In the other hand, serifs and sans serifs fonts are designed to be used to improve legibility in large amount of texts, example books, magazines, and so on.

This text may help you: Proportional Vs. Monospace Fonts

On the other hand, because of the fixed width of all the characters, a block of text set in a monospace font will typically take up more space than the same text set in a proportional font. Additionally, long stretches of monospaced text can blend together visually and, as a result, become harder to read.

Not the answer you're looking for? Browse other questions tagged readability font typography monospaced-font or ask your own question.

11
Is it a good decision to include monospace fonts in UI?
15
Does the use of monospaced fonts negatively affect legibility of article text?

18
Why not use sans-serif fonts on print design?
10
Which fonts are designed for accessibility and good screen legibility?
6
Why are certain fonts more legible than others?
198
Why do movie posters use credit fonts that are hard to read?
1
Serif/sans-serif and memory
7
Why should I use em, and not % for fonts?
23
Why commonly or frequently used fonts sizes are even numbers like 10px, 12px, 16px, 24px, or 32px?
12
Readability between sans serif and serif for "foreign language users"?