Which is more likely to be understood, *Hover* or *Mouseover*?

We have a page where the content all has tool tips. There is a bit of explanatory text at the top of the page. We want to let visitors to the page know that they can hover their mouse over items for more information. I don't think that either term is really clear to folks who aren't particularly computer literate, but can't think of a better way to say it that isn't excessively verbose. So Hover or Mouseover? Which terminology would be better? Or if you have an alternative suggestion that is concise that would work to.

CSS has a :hover selector. JavaScript has an onmouseover event. jQuery has both hover and mouseover methods.

But as Don Norman would say, if something needs a label (or sign), it is badly designed (scroll to "Bad Doors Do Good").

It would be good indicate this functionality with an affordance instead of a label. You could use a Mouse Cursor Affordance to change the mouse to a "?".

If the information is important enough that it requires that messaging be added to the page to inform people how to get to said information, I'd say putting that information in tooltips is a bad idea.

In terms of the language, mouseover is a technical term referring to JavaScript more than it is a user action term. Hover makes a lot more sense from a user interaction.

Keep in mind that these likely won't work at all on a touch device and if not properly built may not work with keyboard navigation either.

Definitely Hover. Or even better: "hover the mouse".

Mouseover is not even a real word, it is a term used by software developers because that is how the event is called in certain programming environments. But an end user without software development background does not understand such a term.

Hover is used in books. It is also used by Microsoft in its communication towards end users. Example, Windows Help: 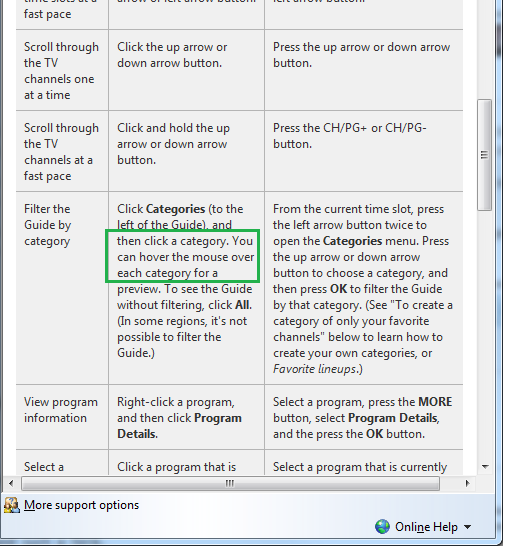 Now, notice the clever wording that MS used consistently: It says "hover the mouse" it does not just say "hover".

9
Should we call our achievement system something else?
2
Which term seems more appropriate for a playback system, "player" or "device"?
0
What do you call a layout in which columns expand on mouseover?
25
Is the term 'real-time' understood outside the tech community?
4
Is there a name for a "search" box which does more than just search?
2
In user instructions, which term is more widely understood to mean a character A thru Z, letter, alpha or something else?
5
Which is the more common term used: Preferences or Settings?
4
Name this widget: mouseover extends text that doesn't fit in its table cell
0
What's a better and more user friendly term than 'Audiences"
1
For a completed status of task, "Completed" or "Succeeded, which one is more clear to the user?