Direct users to use a physical button

I'm designing a touch screen user interface to control a physical robot. The interface also includes physical buttons, similar to how a cell phone has touch screen elements and physical home buttons, but this is a custom device.

For safety reasons, only the physical buttons can be used to cause a motion on the robot. On-screen touchable elements are only for UI navigation and parameter changes.

I want to know a good way to direct the user to press the physical buttons, instead of pressing the area on screen where the text prompt is.

My design is limited to static elements only, so no animations can be displayed that might show a finger pressing the button or anything like that.

Here is what that element would look like if the user held the physical right button to take the robot into the next state:

In this state, both the right and left physical buttons will cause motion. 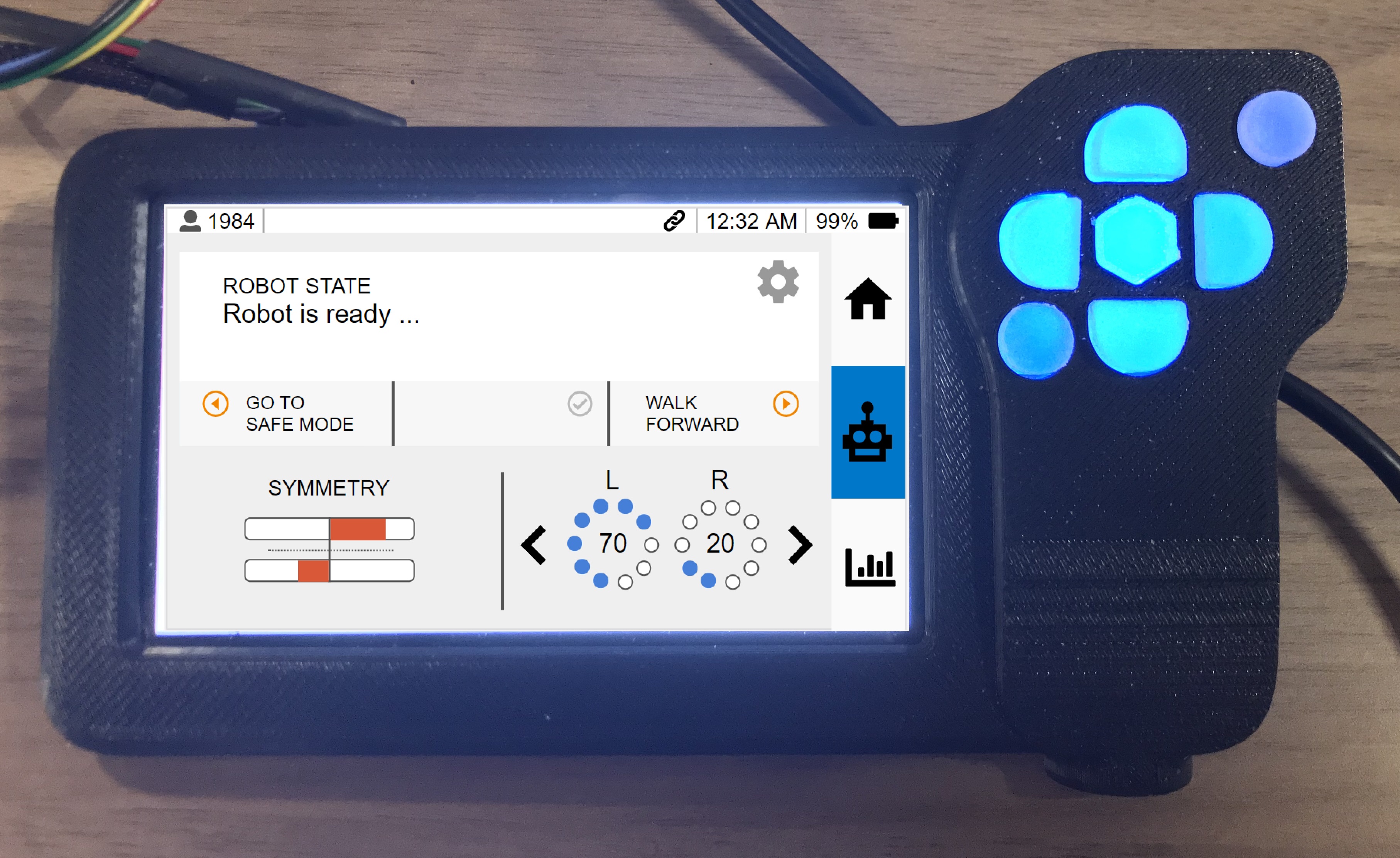 In initial testing, a new user initially tried to press the on-screen text space before I directed them to use the physical buttons. From that point on, the user did not seem to have a problem using the physical buttons. I worry that this will be a source of frustration for new users who are unfamiliar with the user interface.

I would use a miniature of the control pad in the UI, showing which button to use by highlighting and animating it in the miniature.

Displaying the entire control pad, rather than only the one button will allow the user to locate it more quickly and avoid any possible confusion. Otherwise, it would be difficult to differentiate the upper right and bottom left circular buttons: they have the same shape and color, their location is the only visual difference.

Consider adding unique icons or labels to your physical buttons (ideally with colour coding), as video game consoles do: 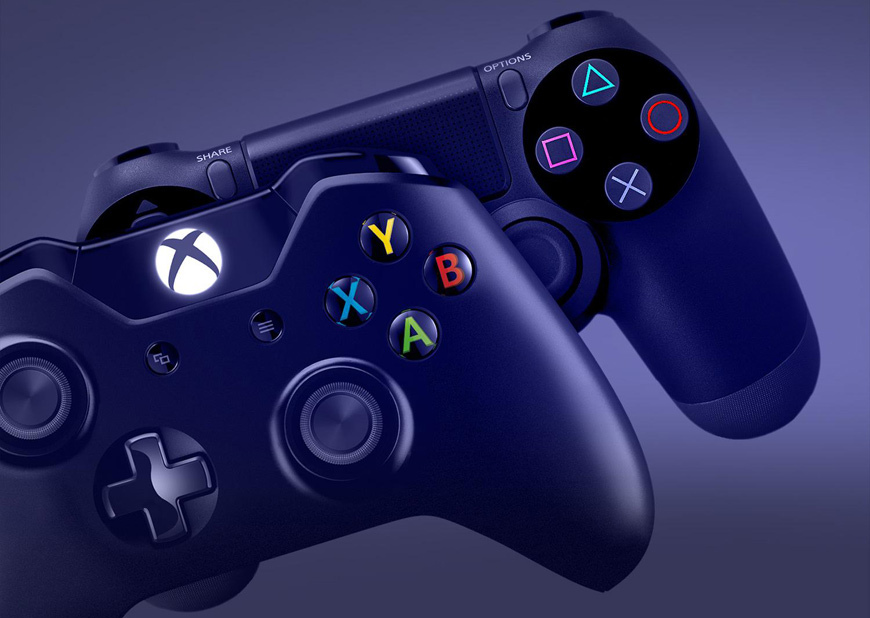 Then you can lean on some of the conventions that video game designers have used for some time (see the bottom of each interface): 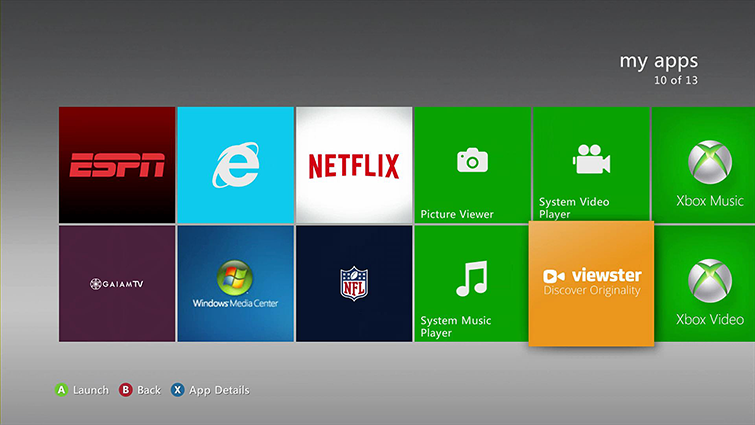 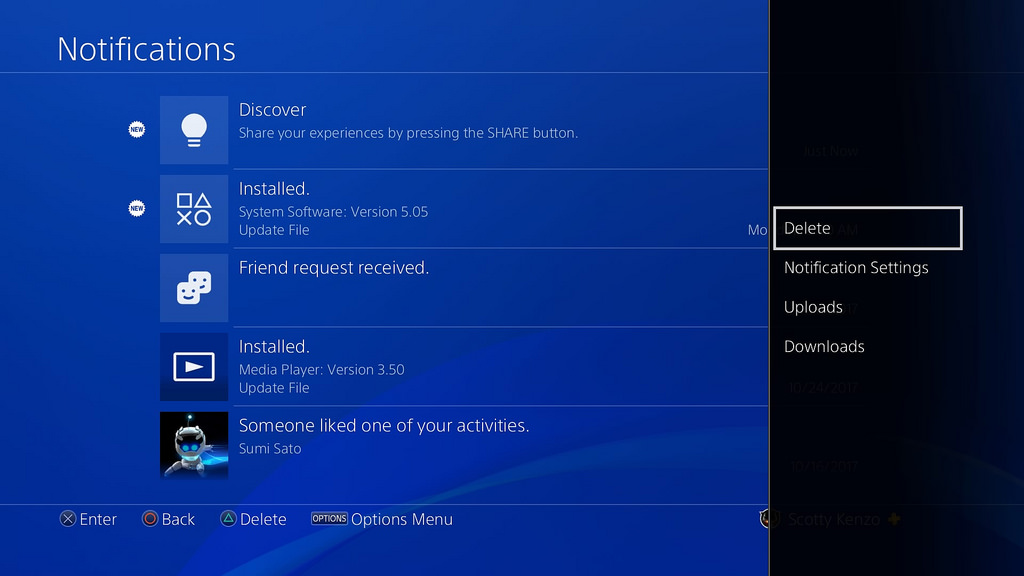 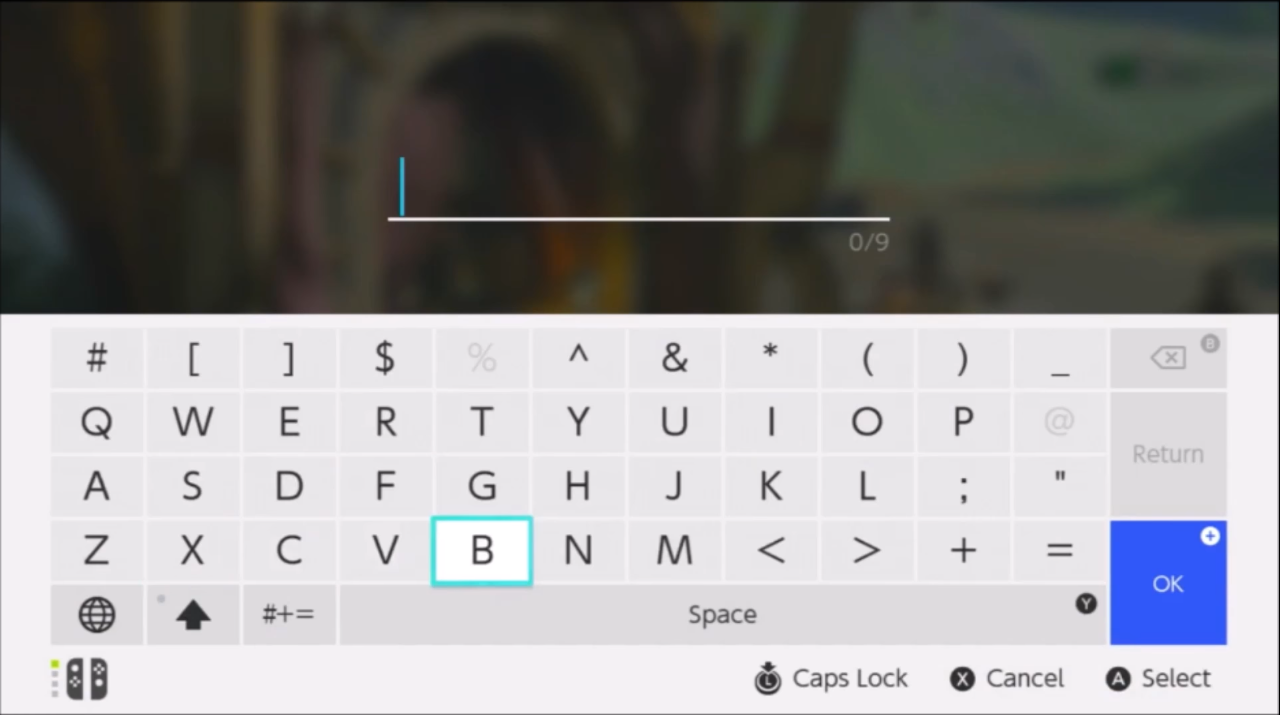 Not the answer you're looking for? Browse other questions tagged usability buttons physical or ask your own question.

3
Gratuity (tips) interface for Mobile Point of Sale (mPOS)
1
How to design a physical device?
0
What is the best way to indicate a "Sub Menu" on a non-traditional screen?
2
multi-use physical buttons
1
Visibility of touch buttons?
0
Button Behavior and when to trigger on release
0
Condensing buttons or spreading them out on mobile
3
How to differentiate between click (and release) button and press (and hold) button
3
Spring force for physical push buttons