Material design error message on top of a pop up

We are using material design messaging guidelines in a complex system,

the problem: in case I have an issue with a form and the issue is a non critical one, I will show a banner,

In case I have a form in a pop up window, I will not close the window until the server returns an answer,

The question: what should I do in case there is a non critical error after submitting a pop up form?

The reason I am asking is because a banner on top of a pop up seems odd, it seems like it is not focused to the issue, but in fact it is outside the window of the issue. 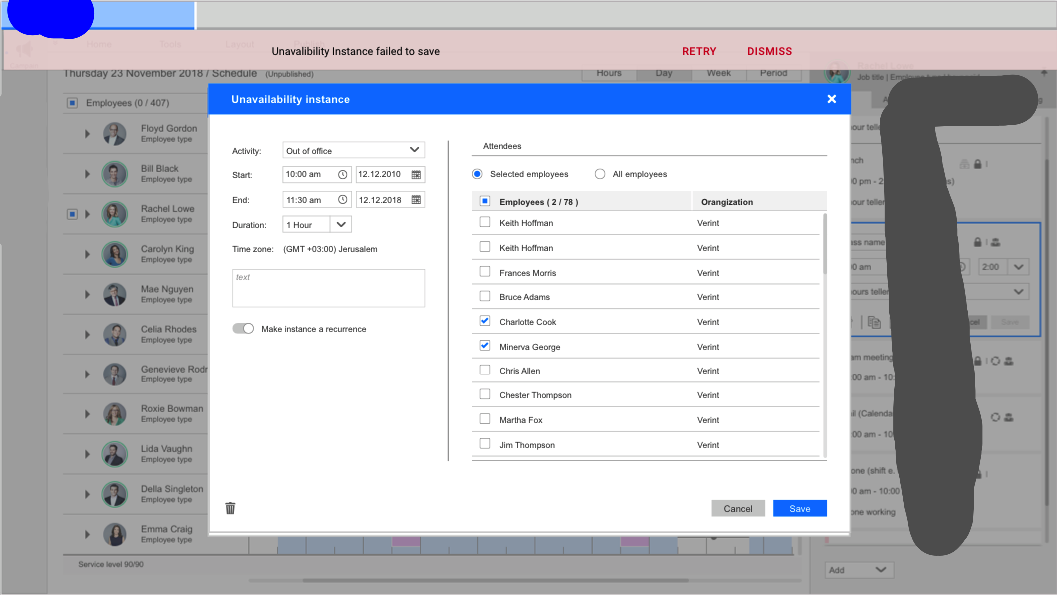 If the error (non-critical or otherwise) is related to the attempt to submit the pop-up form, and logically should be shown before the dialog is dismissed, then move the banner position to the pop-up itself. This will focus the error more closely to where it applies: 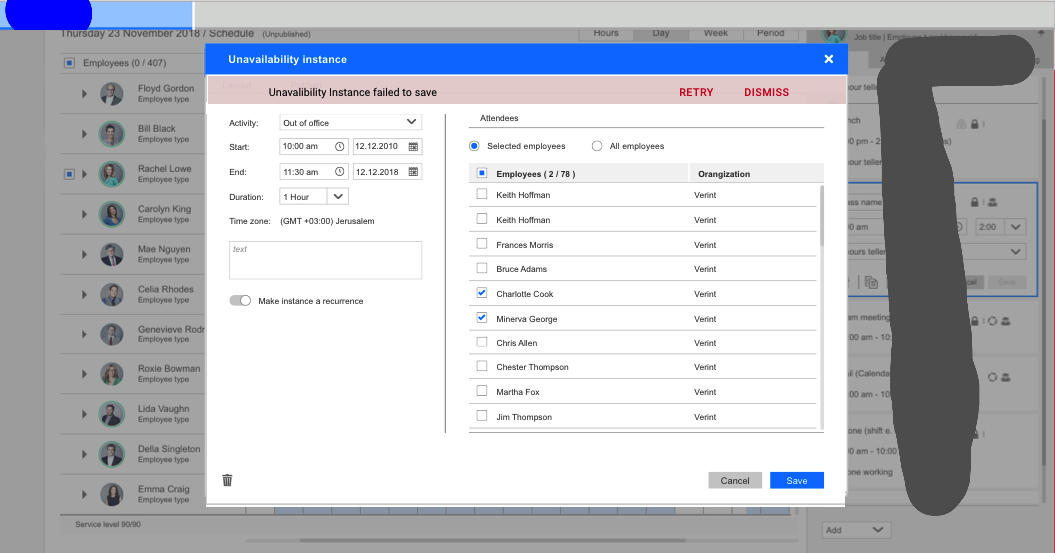 In this example, there's a possible "conflict" between the RETRY and DISMISS buttons in the banner and the Save and Cancel button of the pop-up form. If you keep the ones in the banner, it may be sensible to disable at least the Save button until the user has dismissed the banner. (As Big_Chair pointed out in a comment, it is probably best to leave the Cancel button enabled so the user can dismiss the whole dialog without having to deal with the banner).

Alternatively, you could remove the buttons from the banner (maybe just have a X on the right to dismiss it) and have the Save button change to Retry. Whether you do this or have buttons in both places may depend on the type of error that has occurred.

Not the answer you're looking for? Browse other questions tagged material-design error-message popup errors google-materials-design or ask your own question.