Why do some companies ask the users to "Text for a link" to download the app?

This whole concept is confusing to me because:

-How does this make it easier? -Why would a company expect that the user would give up their phone number to get the app? -Do users prefer this to being emailed a link?

I'm just curious because I've seen this in other places and I want to know the reasons behind it or if some executive of a high-profile startup just came up with a way to harvest a bunch of phone numbers. I would love to know if this a useful thing. 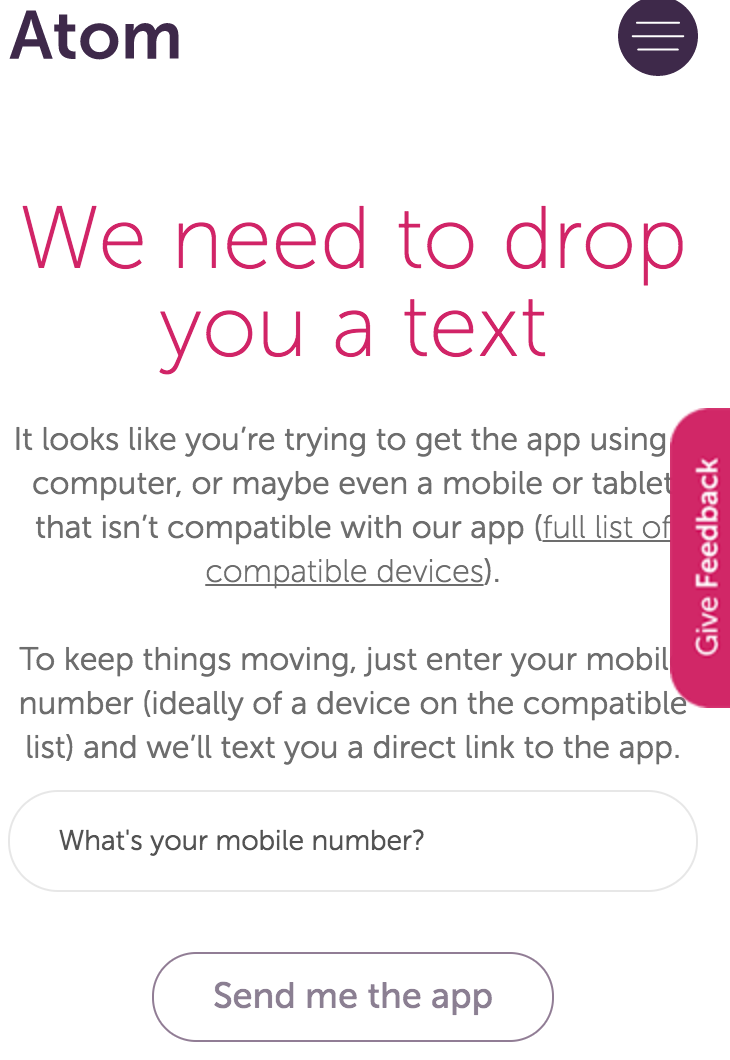 It has its use, and it's mainly not the thing it's pretending to be. The main goal here is trying to enrich cross-channel strategies. Since you've parted with your phone number willingly, they now are able to send you messages containing sales, newsletters, anything. This practice wouldn't fly in the EU anymore without explicit mention of what will happen if you agree, but in the US and elsewhere, it could still work as a roundabout way to start direct marketing. It works in conjunction with the app as a channel.

It's a clever way of presenting a marketing strategy as a perceived user benefit. As you mentioned, it doesn't make things much easier at all, but the way it's presented, does make it appear that way. And that's why it works.

4
Ask for geolocation at startup in a mobile app
3
Mobile Deep Links from Emails
2
How to let users know that native app versions of a product exist for desktop users without breaking the design?
1
Can we assume a file stored in the cloud and link saved in the pocket app, are same?
0
What are the "official" logos to use when designing an Android and iOS App?
2
Using native iOS / Android icons on another App expecting users to understand it
1
Directing to App Store from desktop
2
Schedule on Mobile. To drill down or not to drill down?
1
Phone number login and verification for mobile apps
0
What is better? Login with Phone or Email or Both?