Why are the j and k keys associated with forward/back, respectively and why not vice versa?

This is a multiple-part question:

I am looking for authoritative information to support answers.

Here is an example: a screenshot of a portion of the keyboard shortcuts available at https://music.youtube.com: 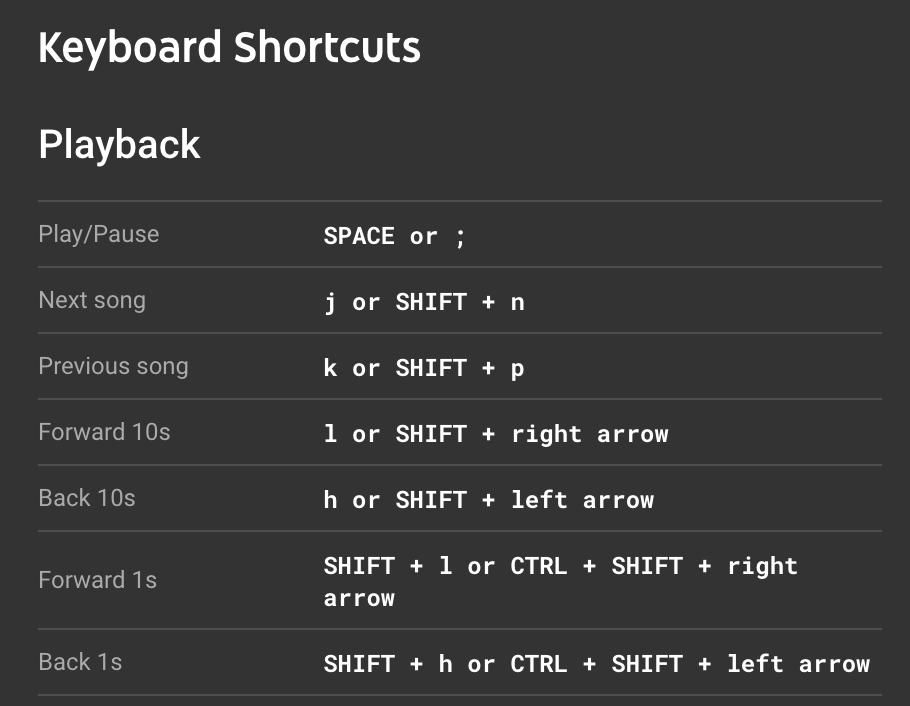 In many computers, even to this day, the effect of the Ctrl key is to input a character with code 0x40 less than the code of the character that would otherwise be typed, so that Ctrl+J would have resulted in a line-feed when sent to a printer (meaning that the paper would have rolled to the next line under the print head) and, by analogy, moving the cursor to the next line when sent to a display terminal.

In 1967, Ctrl+H (control character with hex code 0x08, since H is character with hex code 0x48) acquired the meaning of backspace ("BS") in the revised ASCII standard; it was previously "format effector" (FE0). We now understand backspace to mean the deletion of the previous character on screen, but back in the days of printing terminals, the role of backspace was to move the print head backwards one character to allow printing accents (so for example the sequence E backspace ’ would print something like É). It's a natural fit for ←.

The choice of the other keys doesn't map as clearly to the ASCII spec, for example Ctrl+K was "vertical tabulation" (VT), Ctrl+L was "form feed" (FF), but H and J were pretty much already assigned to backspace and linefeed, respectively, so that by the time the ADM-3A came out in 1976 it made sense to map them to ← and ↓. respectively. The choice of then using K and L for ↑ and →, which might have been novel to the ADM-3A, seems to result from a simple desire to lay out the cursor keys symmetrically.

Not the answer you're looking for? Browse other questions tagged navigation keyboard-shortcuts or ask your own question.

10
When to use previous/next vs. back/forward? (and what about back/next?)
2
Changing the behavior of the arrow keys with JavaScript
1
Forward and back buttons for navigating through images
2
Why does the Google logo sometimes take you back to search and sometimes take you back to the product?
1
Back and Forward navigation arrows in gmail search
2
Back Navigating with Android Fragments and Navigation Drawer
0
How to tackle browser's back and forward buttons/arrows?
3
Android: what are the best practices for up/back buttons?
70
Are there any guidelines concerning the use of Alt, Ctrl and Shift keys?