What are the benefits of non-QWERTY keyboards?

I'm stuck with QWERTY, but have been tempted to try Dvorak. Dvorak advocates claim it's faster.

Are there any studies that compare these two (main) keyboard layouts? Are there other layouts out there that are more productive than these?

physical keyboard speed
share|improve this question
edited May 7 '13 at 0:47

If you are already used to a QWERTY keyboard and you feel that the benefit of changing (which doesn't include speed) will be worth the time taken, as well as not easily being able to use someone else's keyboard, then you should take a look at the Colemak layout.

It has fewer changes from QWERTY than Dvorak, and keeps the position of many of the shortcut keys in particular (cut, copy, paste). In tests, it is as good as Dvorak in terms of finger distance travelled (in English) and moves high frequency keys from your small fingers (which is a weakness of Dvorak).

Overall though, there is little evidence that Dvorak or Colemak is faster than QWERTY (see http://hi-games.net/typing-test/ as an example), but there is evidence that it helps with fatigue, RSI and carpel tunnel syndrome.

Fun fact: It's a common misconception that QWERTY was designed to slow down speed - one held to almost as doctrine by many people. It was designed by Christopher Latham Sholes based on a letter frequency study (by Amos Densmore) and some general trial and error to prevent key sticking. It did this by alternating left and right hands (which is what helped with keys not sticking). As it turns out, his also happens to help with faster typing, and is exactly what most other layouts also do. (For a speed comparison between different layouts, see http://hi-games.net/typing-test/)

In fact, a major study in 1956 conducted by the U.S. General Service Administration found Dvorak to be no faster than QWERTY. This was followed up by other studies into the 1970's all confirming the 1956 study.

It's based on total finger movement that is needed to write common English words. So the Dvorak layout has the most frequently used characters on the middle row, and the rarely used ones on the top and bottom row. Ergo, you don't need to move your finger between the three rows, but you can keep hour hands on the middle row most of the time...

You'll find some test here (including other keyboards):
- http://www.codesharp.co.uk/dvorak/

And some scientific research here:
- http://pds.twi.tudelft.nl/~buzing/Articles/keyboards.pdf

When it comes to other alternatives, you should take a look at the Maltron:
- http://www.youtube.com/watch?v=4JK4MPILEqM - http://en.wikipedia.org/wiki/Maltron

The QWERTY layout was actually designed to slow down the writers speed. The reason for this is found in the design of the old typewriters, where you wanted to avoid entangled typebars as a result of several keys being pressed simultaneously (or to rapid). So the the keys were layed out in a way that forced to alternate the key pressing between the left hand and right hand. 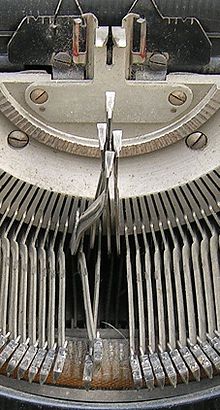 When I get a downvote with no further explanation, I usually re-read the question and my answer to figure out where I was wrong. I'm not sure about the downvote in this case, but I guess my answer could be read as an ardent advocate of Dvorak. That is not the case, so let me clarify a few points...

Re-reading your question, it is kinda vague. It's quite a difference between "does any research exist" and "is Dvorak better". So, let's just take them one by one:

Q: What are the benefits of non-qwerty keyboards:
A: It depends in the input. Numeric keyboards are best for numeric input. If you are a cashier at some supermarket, some custom cashier keyboards might be better.

Statement: Dvorak advocates claim it's faster.
Comment: Yes of course they do. Other people claims that other keyboards are faster. But remember, it all depends on what your task is. Besides, there are several other physical things that influences the typing speed, such as key size, gap and resistance - maybe even the sound of the key. These factors also influences the comfort - which is just as important (if not more important) to most people.

Q: Are there any studies that compare these two (main) keyboard layouts?
A: Yes. There is a lot of both serious and unserious studies. But none of them are conclusive! Many of them are also biased, btw. So I don't think you'll get any smarter by by reading those.

Q: Are there other layouts out there that are more productive than these?
A: Again - it depends on the task. A keyboard is an input device, and there are several kinds of input devices. If you're a 3d designer, then the qwerty is probably not the best input device. You would probably be more happy with some 3d mouse. If you're designing software for a cashier at some supermarket, then ... ahh, I've already been there :), but if you're designing a system for a cashier at some warehouse of spare parts for cars, then the staff would get really annoyed if they couldn't do some searching and filtering trough an ordinary qwerty-keyboard.

OK, some subjective conclusion, then:

My understating of your question is that: You want to find out if another keyboard-layout can do some improvements on your everyday effectiveness.

My subjective answer (without any supporting research) is: Yes, another layout could improve your effectiveness - but you're on the wrong track!

But you should definitely try different QWERTY keyboards!
There are tons of qwerty-keyboards out there. Additional shortcut keys, various system key layouts and different ergonomics to mentions some important differences. Within these qwerty keyboards you'll probably find something that'll fit your needs even better that the one you use today.

So, take a look at these: 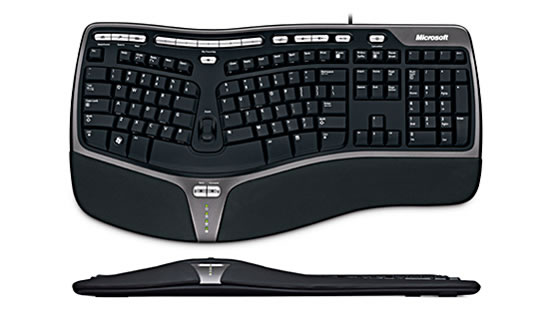 Logitech Gaming Keyboard G510
This is a gaming keyboard, but the fact that you get 18 programmable keys (on the left side) is very interesting for programmers and designers.

Logitech G13 Advanced Gameboard
...and why not add 25 more custom keys as well? 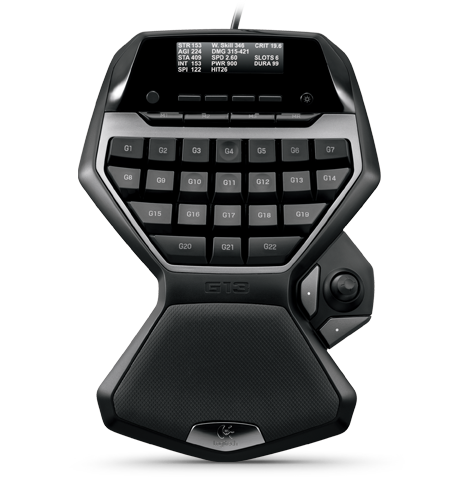 United Keys
United keys has another keyboard with some customizable key. But these keys are not only programmable, the keys have small displays on the tops of them, so you can configure different icons for each custom key. 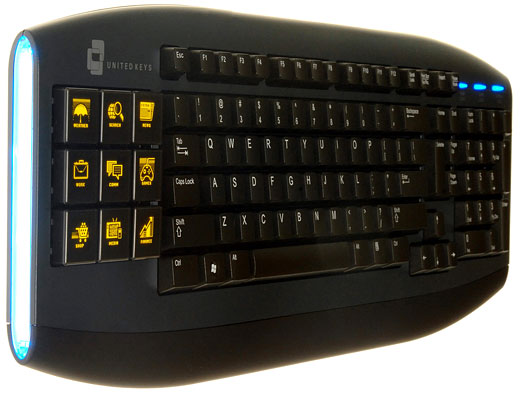 Optimus Maximus
Hey. Why not put a little screen on all the keys. That way you can press CTRL and actually see the shortcut icon on the keyboard instead of remembering which key to use. 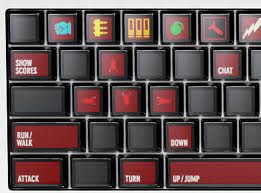 For the programmer
If you're a programmer, like me, you only need one simple keyboard: 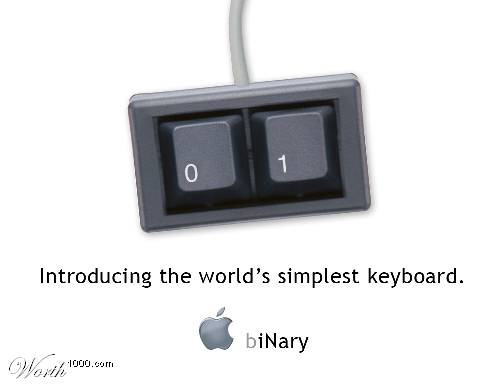 I use Coffee++ since 4 years. It is a keyboardlayout for typing with just your left hand. Optional you can use the right hand in addition to speed up typing. But mainly the benefit is, that you can have your right hand free to use the mouse, telephone or drink some coffee ;)

Coffee++ is optimized for programmers so all important characters are accessible directly without shift. And they are also accessible with just your left hand, where the CAPSLOCK-key is used as a second AltGr-Key

If you are already used to type 10-finger QWERTY really fast, then typing speed builds up quite slow, but I thought it is an effort, that I will benefit from the rest of my life.

Not the answer you're looking for? Browse other questions tagged physical keyboard speed or ask your own question.

4
Why isn't a keyboard in alphabetic order?

8
Is there any research into the cost of switching between using a keyboard and a mouse?
27
How to improve the smartphone keyboard layout?
7
Keyboard shortcuts on non-QWERTY keyboard layouts
44
Are there any recent studies of the “Keyboard vs Mouse”-issue?
7
Why Greek letter mu (μ) on European keyboards?
4
Learning multiple keyboard layouts
3
What would be a better typing experience in landscape mode of a keyboard?
7
What are the most common special characters used in email addresses?