Do we need to show 1x if there is only one item in a cart?

Do we need to show 1x (quantity) if there is only one item in the checkout summary? 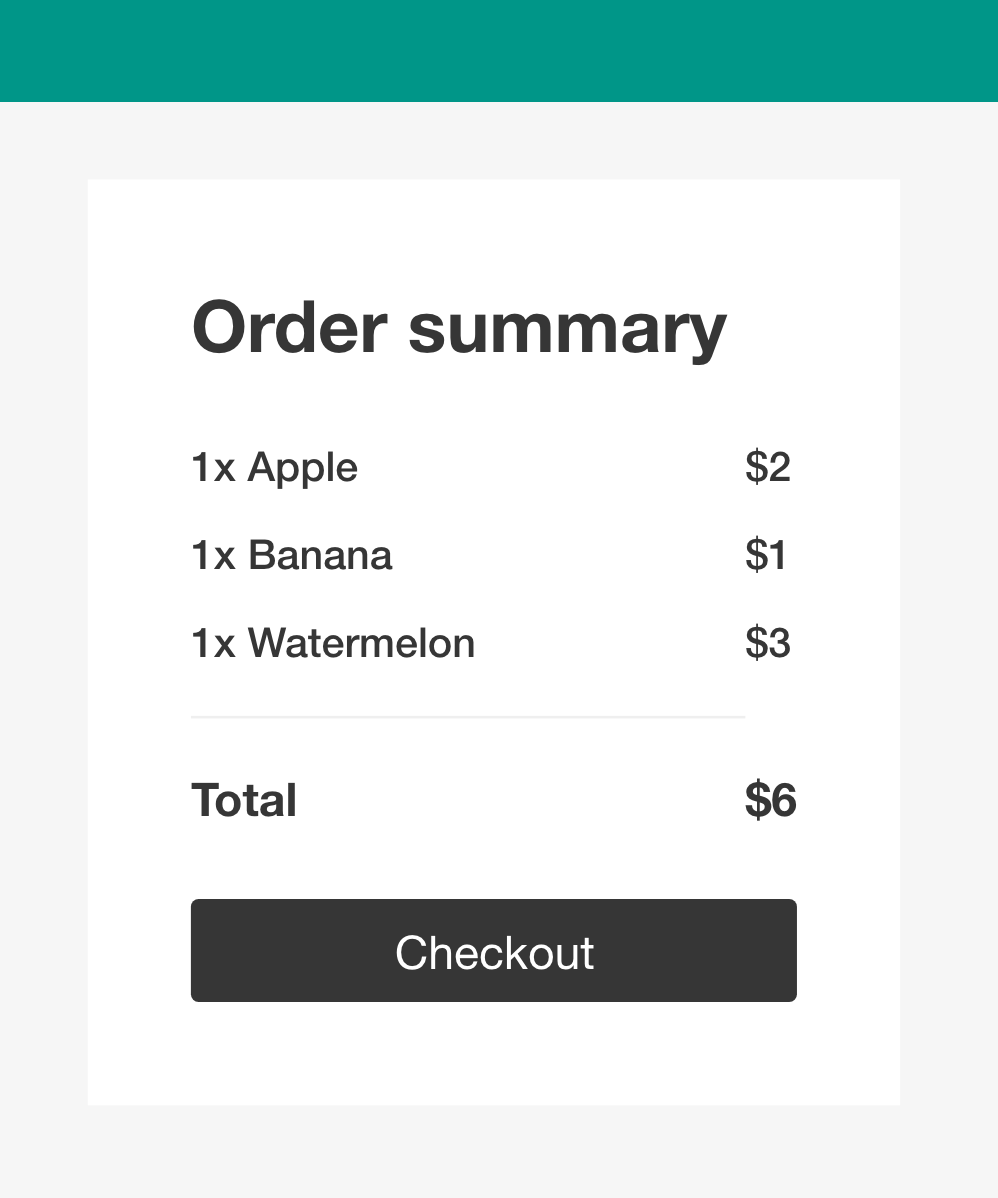 usability checkout
Share
Improve this question
asked May 8, 2018 at 9:32

If the value of my cart suddenly jumps by an unexpected amount I can go and check that I only put one of that particular item rather than two. This is especially useful if you're operating with a price system that changes often (due to discounts, offers, promotions, etc): Lets say on week one I purchase Item A at $4 during a half-price offer that I didn't notice. On week two I return to purchase the same item again but now my cart total says $8. It looks like I purchased two so I want confirmation that I only purchased one.

Short answer "yes". Long answer, there are few other things customer would want to do when on cart page:

Based on the above

I don't think you need to. I think its fairly obvious from the name and pricing that its 1 item.

I don't think you need to. I think its fairly obvious from the name and pricing that its 1 item.

I would only show items with x2 and above it makes it easier to distinguish the two. This makes it easier when the user is scanning the list to see what they have bought and if they need to correct it, they can do so quicker as its easier to miss things in a long list of item quantities. Thus reducing errors.

A good analogy is if someone taking an order (whether it be a waitress/waiter or the morning office breakfast run). If you have ever seen someone do this you, often notice they either tally (or ad x2 etc) after the items that have been asked for more than once, they don't need to put x1 in front of the rest.

This way makes it cleaner in the UI and easily distinguishable to the user.

I would make it so that users can increase/decrease the quantity rather than leaving the cart to do it.

I'd also answer on top of everyone else's great answers the following:

Yes, you need to be consistent. What's your alternative?

Your users will be wondering why the apple doesn't have a number next to it, if they added a single apple or a bushel, especially if your site is a site where each checkout includes a lot of items and users may forget what they have done before.

Being consistent spares them from having to think more about a small otherwise-should-be-seamless checkout screen.

Not the answer you're looking for? Browse other questions tagged usability checkout or ask your own question.

10
Do we need to show Cart page after user clicked "Add to Cart" from list page?
2
Best position for a voucher code box in the checkout process
0
Edit cart in last step of ecommerce checkout
0
Show items related to selected item in list
6
On mobile checkout flow should product details be shown on review order/summary step?
2
One page checkout with add to cart at the top to enhance conversation rate?
2
Is payment instruction needed after checkout?
0
What is the best way to combine a dismissible card with a collapsible panel?
2
For a sequence of choices, is it better to ask all on one page, or break them up into seperate steps?
0
Benefits of blocking the cart page to only 1 special item per order? e-commerce