What is the proper name for “catastrophe style” blocks of content?

We're building a layout for a big newspaper with lots of customizable content blocks for different needs. One of the requests is what they call "Catastrophe Block": a special block that will show up on front page taking the full width of the layout, with bigger font and abundant use of images and/or infographics.

Now we're building this section, and I could go with that name, since they are already using it. However, this will be used by 200+ different editors, and the block will be used for any kind of important content, not necessarily a catastrophe. For example: a sports final, elections, some huge entertainment news (like Oscars awards) and so on. Besides, I'd like to avoid negative connotations.

In short: I can't find a proper name for this (and to make it worse, the newspaper is in English). What would be the correct name for this kind of section in media industry?

I'm not looking for opinions. I could call it "Breaking News" (which is the taxonomy the element will use). I'm wondering if there's an accepted and DOCUMENTED standard name for this

You ask for documented names for this type of content. Twitter's Bootstrap (a very popular CSS/JS framework) uses the term jumbotron to describe this kind of content. 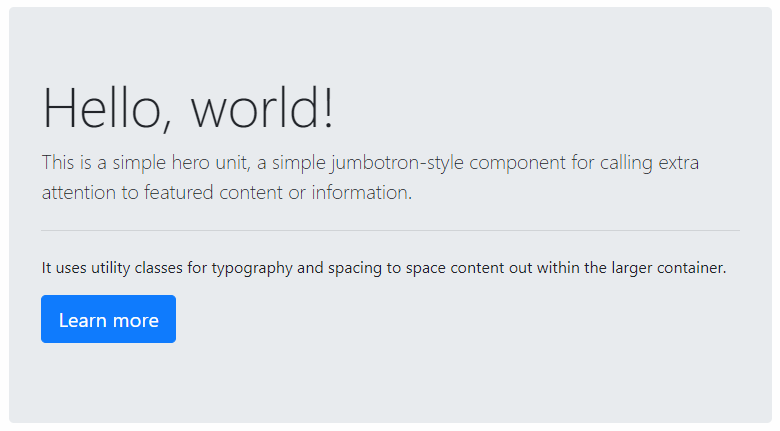 Their description of this element is:

A lightweight, flexible component that can optionally extend the entire viewport to showcase key marketing messages on your site.

I believe you're talking about a ‘News Ticker' or a ‘News Marquee'. Everyone else's suggested terms are still pretty good though.

It seems the proper name in journalism industry is redletter:

Doing a search on Google, it seems this comes from Red Letter, with 2 possible disambiguation meanings:

A red letter day (sometimes hyphenated as red-letter day or called scarlet day in academia) is any day of special significance or opportunity. Its roots are in classical antiquity; for instance, important days are indicated in red in a calendar dating from the Roman Republic (509–27 BC). In medieval manuscripts, initial capitals and highlighted words (known as rubrics) were written in red ink. The practice was continued after the invention of the printing press, including in Catholic liturgical books. Many calendars still indicate special dates and holidays in red instead of black.

Red letter edition bibles are those in which the Dominical words—those spoken by Jesus Christ, commonly only those spoken during His corporeal life on Earth—are printed rubricated, in red ink. This is a modern practice derived from the art and Roman Catholic practice in mediaeval scriptoria of rubricating headings, leading letters of sectional text, and words of text in manuscripts for emphasis, similar to italicization

With the help of the PM, I surveyed several of the editors (12 editors, 11 completed answers) using open answers and they answered the block should be named as "breaking news block" or "breaking news splash", or "splash block".

After that, I did a moderated test with 2 questions:

Additionally, they all expect the color red to be there somewhere. Most answers specifically said: White text title on red background. This is interesting because we didn't consider the color, which is very different to the blue the element will use according to UI provided. I guess it's something we'll need to test out as well

You could always go with

In UX terms in the past I have called this

Not the answer you're looking for? Browse other questions tagged terminology human-interface-guideline conventions or ask your own question.

14
Are users comfortable with the term 'portal'?
3
Is there a name for a control which allows a user to add/remove table rows?
4
Is there a name for a “search” box which does more than just search?
9
What to call the “Short News” section/module?
1
What is the proper name for this UX feature?
4
Does term “page” apply to a mobile app?
1
What is the best terminology to use for buttons for running, saving and duplicating reports?
9
What's the name for normal life user experience?
1
What is the name of the web element that divided in columns and have illustrations on each column?