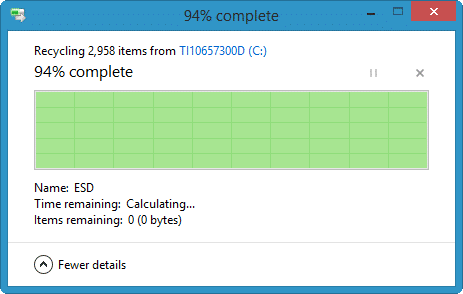 39
How to present a race for the lowest score

5
Jumping progress bar or running process indicator?
7
When shortening time expressions in progress dialogs, should they be rounded up or down?
1
From which direction should a modal progress bar enter the scene?
25
Should progress bars show percentage
24
Is it a bad idea to have two progress bars in one dialog?
9
Showing excess usage in a progress bar
7
Progress bars over 100%
3
Should a progress bar go backwards when reverting changes
5
Are form progress bars when each section has multiple subsections a good idea?
1
What is the best way to indicate both the exact and relative remaining portion of a resource in a single element?