Best way to indicate horizontally scrollable sections to a user?

I'm working on my website and I love the idea of using horizontal scrolling to display large lists of items while saving vertical space. 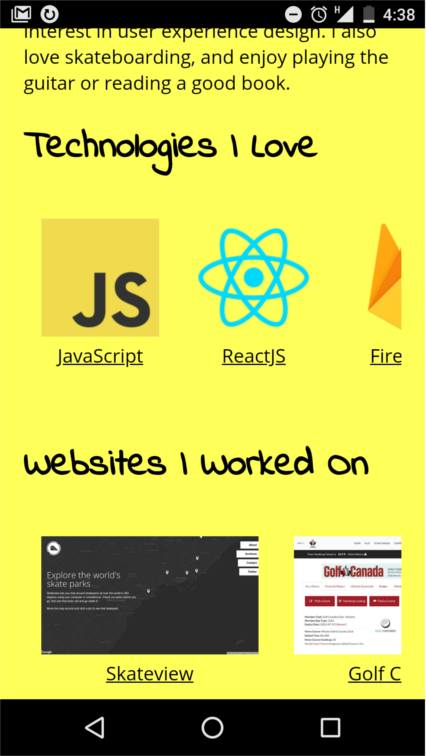 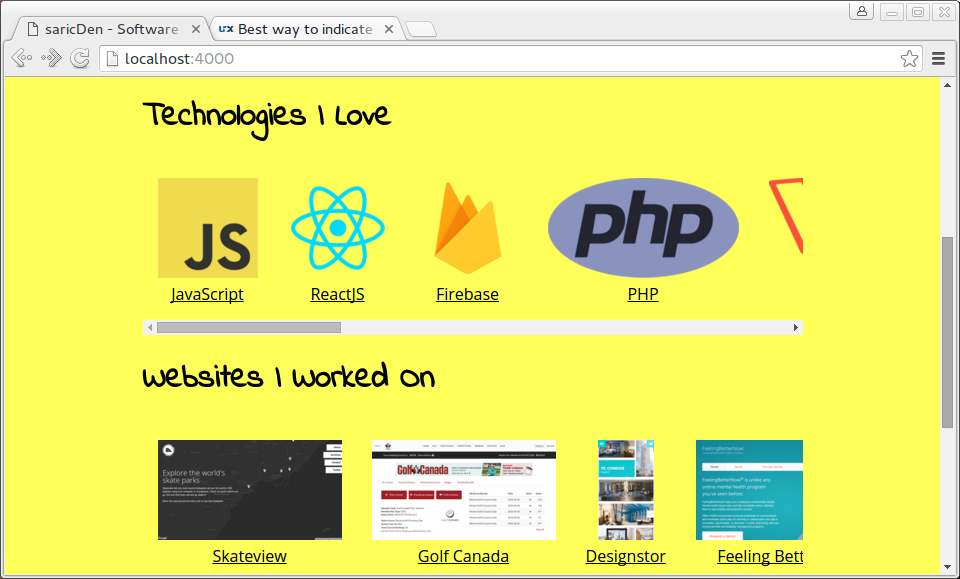 As you can see the scrollbars on the desktop version make it very obvious, whereas the only way I think a user could tell the space can be scrolled horizontally on mobile would be by the image that's clipped, but I see two problems with this:

Any ideas would be greatly appreciated!

Nevertheless if you divide the page in sections and make each section horizontally scrollable individually and independent from the others, it may have sense. This is what I mean by "done properly".

And how to indicate the scrolling possibility? Try to use an overlay with some arrows to show that certain section can be scrolled left or right. See the picture: 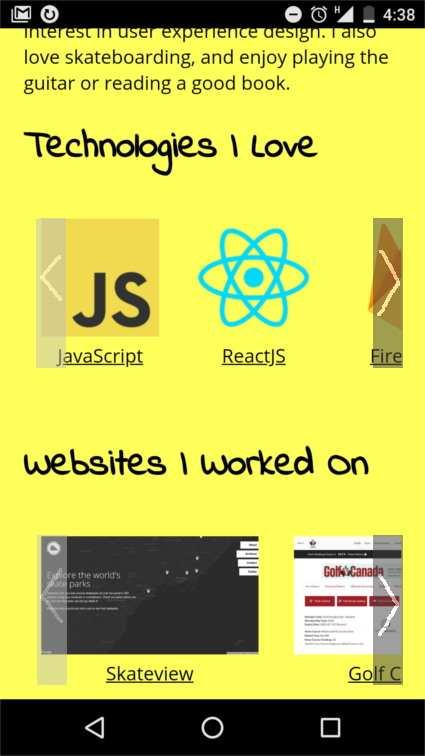 You can also play with the shades to indicate whether scrolling has reached either end or simply let the arrow disappear. Just try what's more appealing to you.

Not the answer you're looking for? Browse other questions tagged website-design mobile-web scrolling or ask your own question.

16
'Scrolling divs' in mobile land. Yea or nay?
5
Should I place my menu on top of my mobile version of this showtimes website?
5
Should Carousels auto-scroll?
15
How usable are bars that disappear / reappear on scroll?
4
Mobile App Design: Horizontal Swipe vs Vertical Scroll to browse a social feed
1
Is it a good practice to place primary content below the footer?
2
Has horizontal scrolling become a more recognised/accepted pattern for mobile?
2
Is the currently most used scrollbar pattern good for ux?
0
Best practice for use of grid in the web (desktop browser) application, scrolling is the biggest concern
0
Is it right to use horizontal scroll to show information related to the same content in details page