Feedback box - should it close automatically after the comment is sent?

I am designing a feedback box and I want to implement some sort of "Don't bother me anymore" action that will close the box indefinitely for the users that don't want to give feedback or don't want to see the box/button "ever again".

The question is: Should I close the window automatically permanently after the feedback or should I leave it so the user can access it anytime?

The client suggested that it could close after the feedback is sent, but then again, you would like the users to have the opportunity to easily access a form to give more feedback if they wish to do so. I think that maybe leaving it there is not such a bad idea, as users can also close it "forever" anyway after they give feedback with a click (the "Don't bother me anymore").

Does either approach have more (dis)advantages and why?

A feedback panel or window should close automatically after a submit button pressed.

If you're in a situation when a feedback should be complemented by a user sequentially, it should be divided into multiple feedback requests, that won't make a user see the previous feedback again.

Providing an access to the given feedback implies that a user can change his or her mind and might want to amend the feedback after gaining some experience with your application or service. This circumstance indicates that a feedback was requested at an incorrect point of a time, that has to be reconsidered to get more value from it disturbing a user less.

User's Refusal of Leaving a Feedback

In case a user prefer not to leave any feedback, it is right to not bother him or her with such request anymore.

Feedback at Any Time

It is quite reasonable to allow user to give a feedback at any time within your application.

Actually, you can just scroll down this page and see a link for providing a feedback that will lead you to meta:

At the moment of transition to a new UI or after any fundamental changes it may be even brought to the fore. For an instance, in a such way its done in Atlassian Jira after a UI transformation: 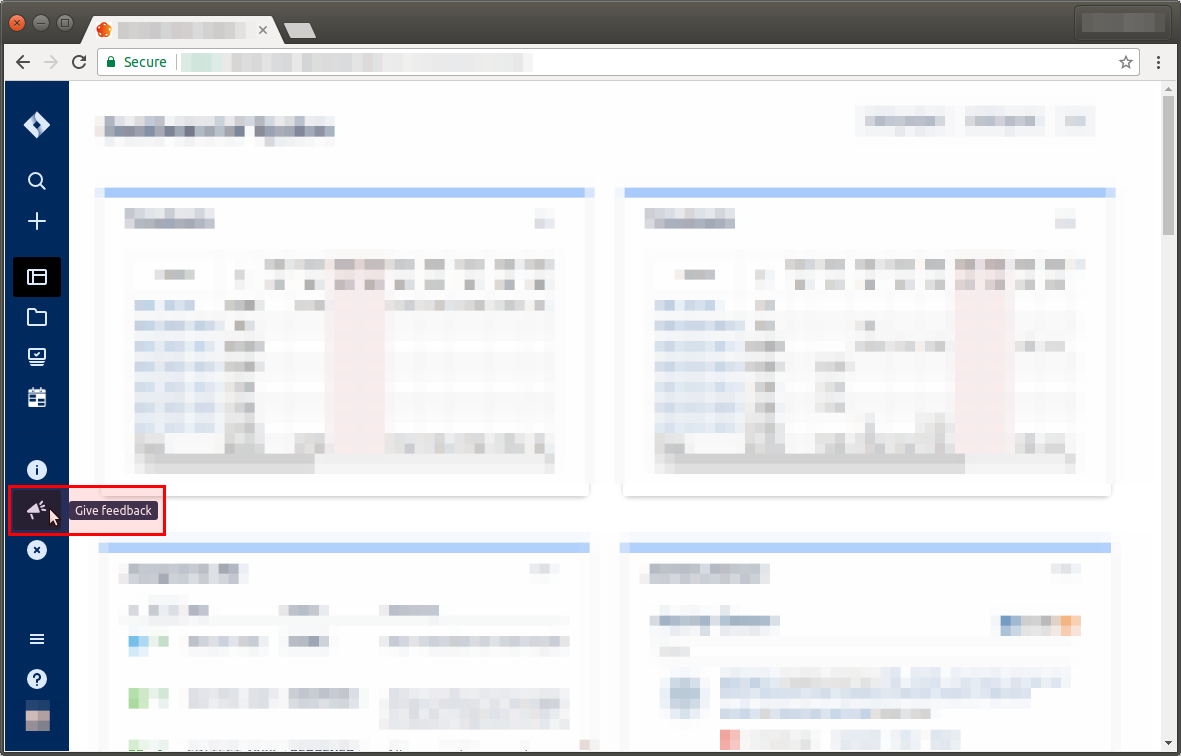 In this case, the feedback pop-up is looks quite complex having four configurable controls: 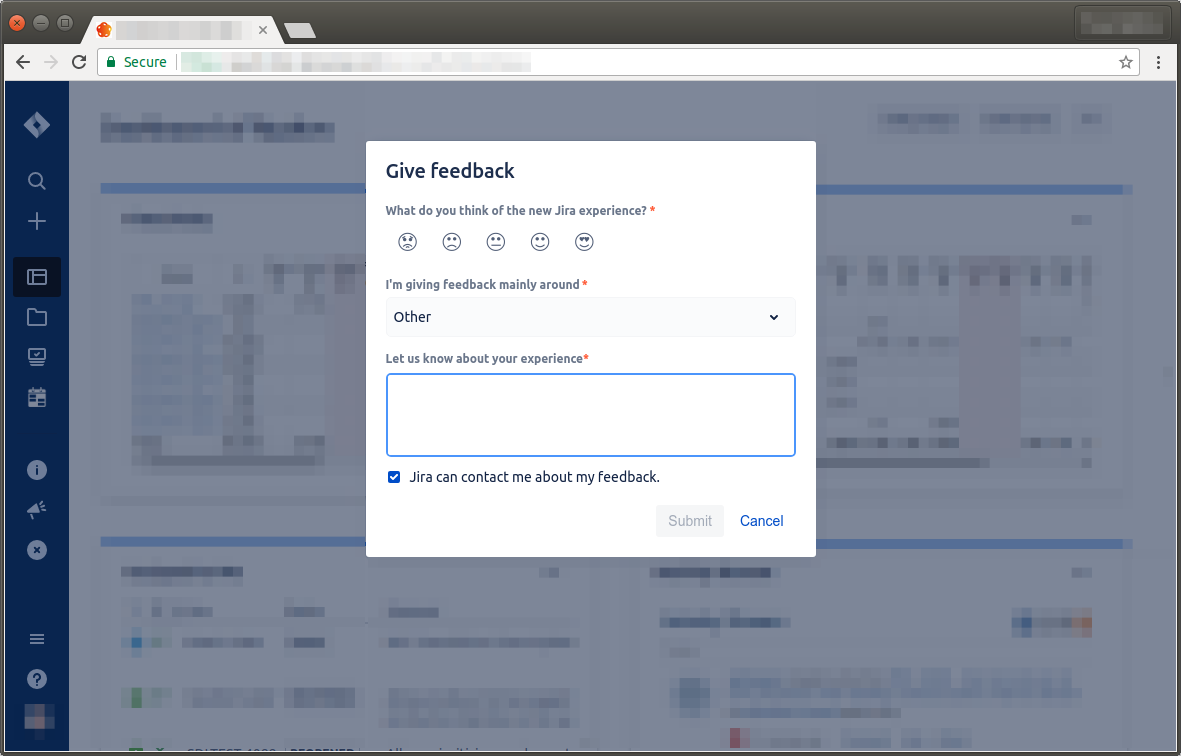 Though, that complexity is acceptable considering user background in bug-tracking software that Jira is.

Just close it. Not many users leave feedback. Certainly even less leave feedback twice. Show a notification (on the top or corner, or wherever your app shows warnings) which can include a "Leave new feedback" link for the odd use case you predicted.

Not the answer you're looking for? Browse other questions tagged user-feedback or ask your own question.

3
How does providing feedback influence quiz performance?
4
Should I ask for positive/negative feedback on a chat system?
1
How to get users feedback on experience when they are not 'your' users?
2
Feedback box location
1
Asking users feedback after the checkout drop
2
Feedback content for the request's response
8
Why is UX design important for online multi-tenant B2B SaaS application?