When should "Don't ask next time" check box take effect? 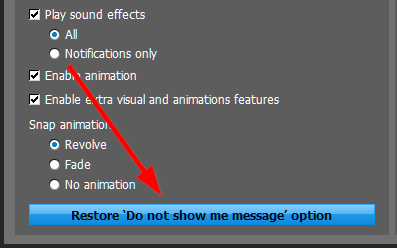 9
In which situations is a popup window most appropriate?
5
Should the image popup be closed when clicking on image?
5
Should I use a popup window (lightbox) for edit and viewing details of grid records?
0
Using different checkbox style for different checkbox behavior
6
Should video lightbox "remember" the last video position?
1
What should the save/cancel button do on the parent modal?
4
Display annoying important message or leave it out?
2
Alternatives to cascading modal popups
2
Expectation on double-click
1
How do I present a verification process that resulted from an action in a modal dialog?