The user needs to order a stack of cards, let's say each one representing a task. Let's assume the user has already ordered a set of tasks and now he needs to place a new one within the stack at the right priority order. In order to find the right place for the card the user needs to inspect the tasks.

One idea would be to implement some sort of android multitasking view, but I would need that at least the card I'm inserting and the one that would stay just on top are fully visible, so the user can make up her mind about the position.

Any idea of existing designs to achieve my goal? 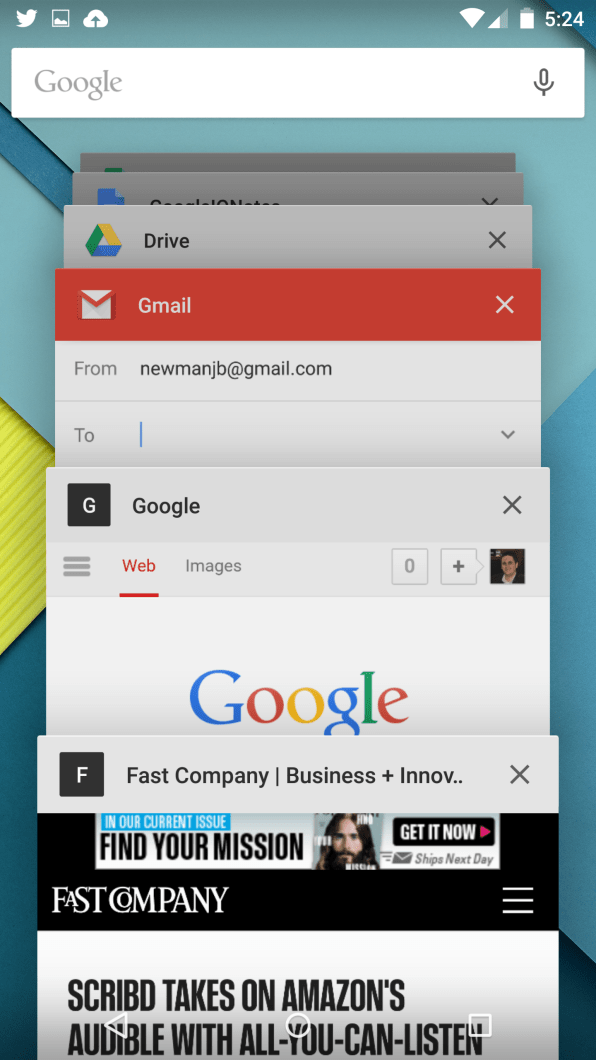 The scenario you have mentioned suggests that you need to simultaneously view the card to be added and the top card compulsorily. One drawback of using mobile device is that you dont have enough space on screen. In such cases you can do something like split screen where you would give 2 image boxes. In one you can select the card that is to be added and in other you can just scroll in between the other cards.

Else you can implement a functionality that will lock the card on your screen somewhere and remaining screen can be used to navigate in between the other cards.

The scenario is quite similar to the one you mentioned but in both the solutions I gave, you have control on whats movable and what not. Also, you can keep the experience similar to other tab and desktop views which would maintain consistency. You can reduce size of cards asper needed 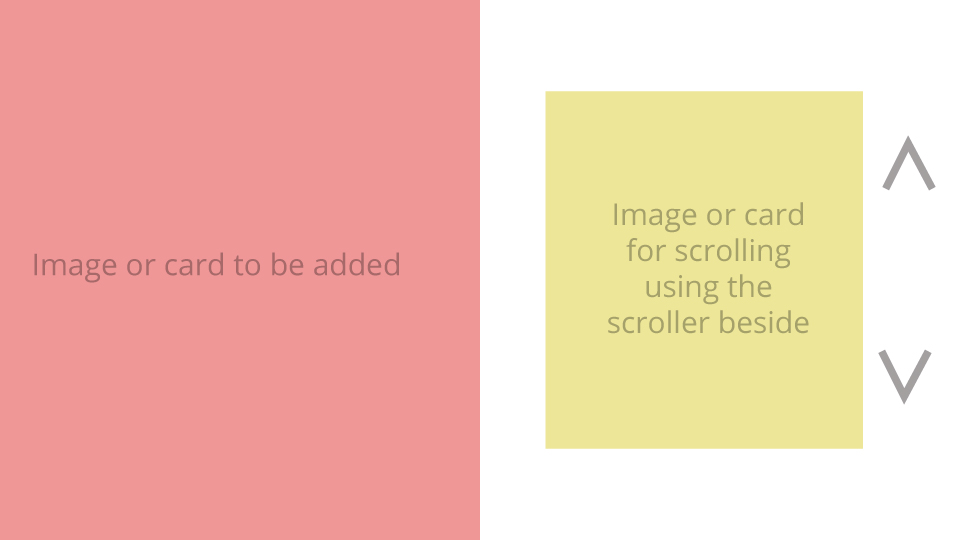 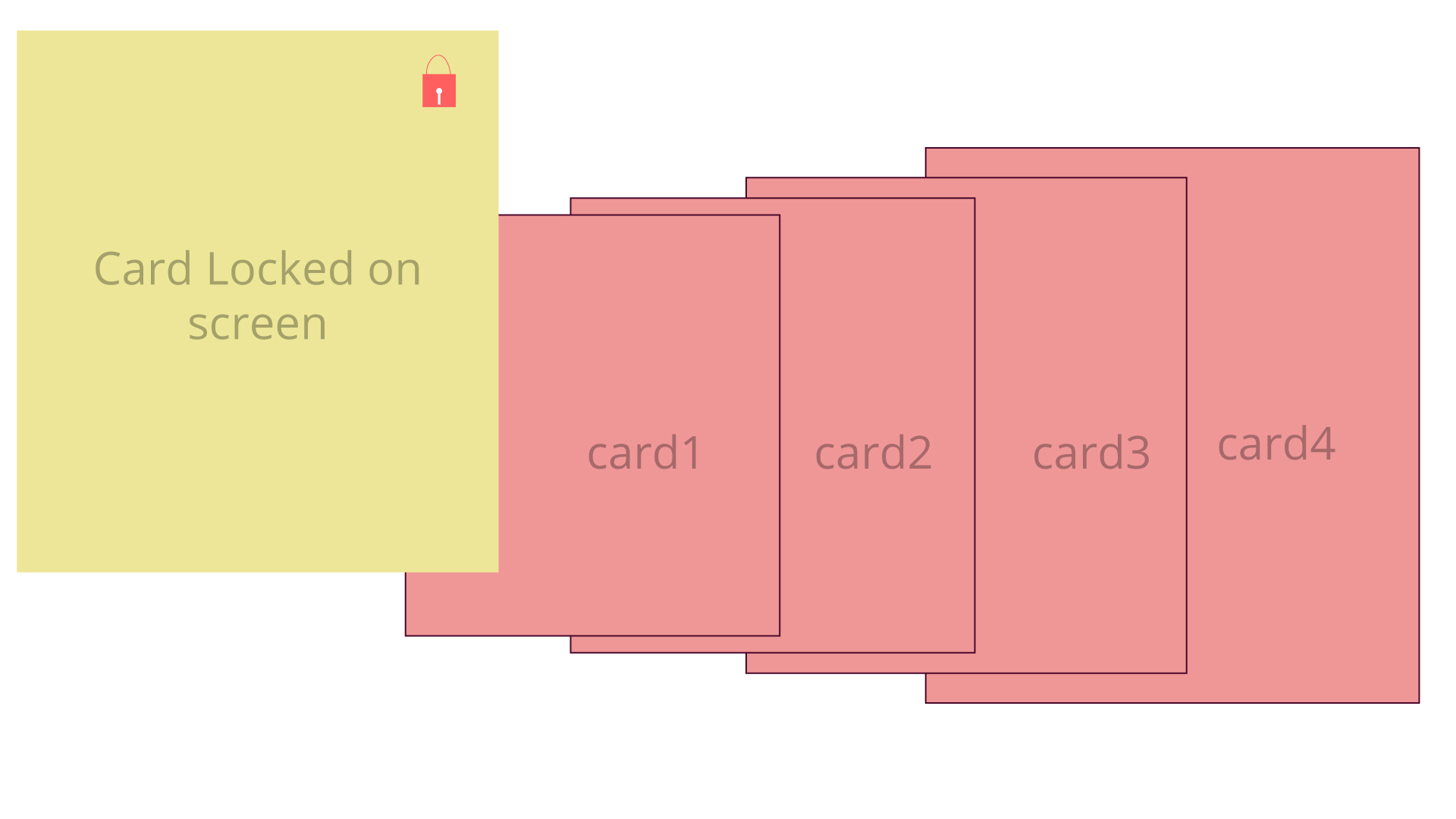 What about something related to the way people order numbered cards in a deck. There are many algorithms, but the one people tend to jump to is effectively insertion sort, but you have an ordered list already.

You can make a reference card on the screen (can be used vertical or horizontal), but indicate where the card would be inserted with a visual gap.

Allow the user to swipe/slide/scroll the cards in the sorted list until they find the spot to insert. 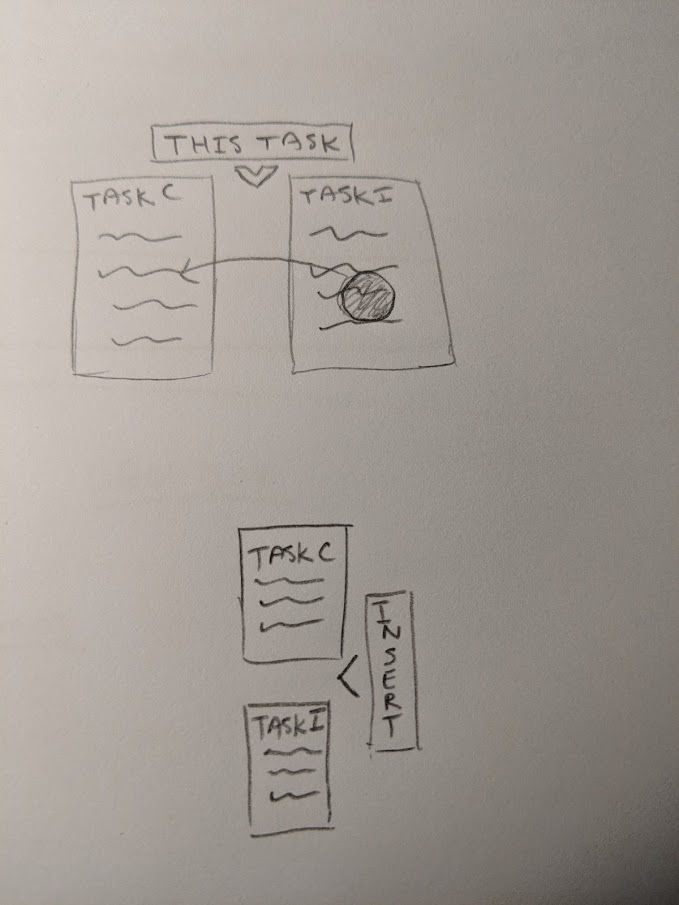 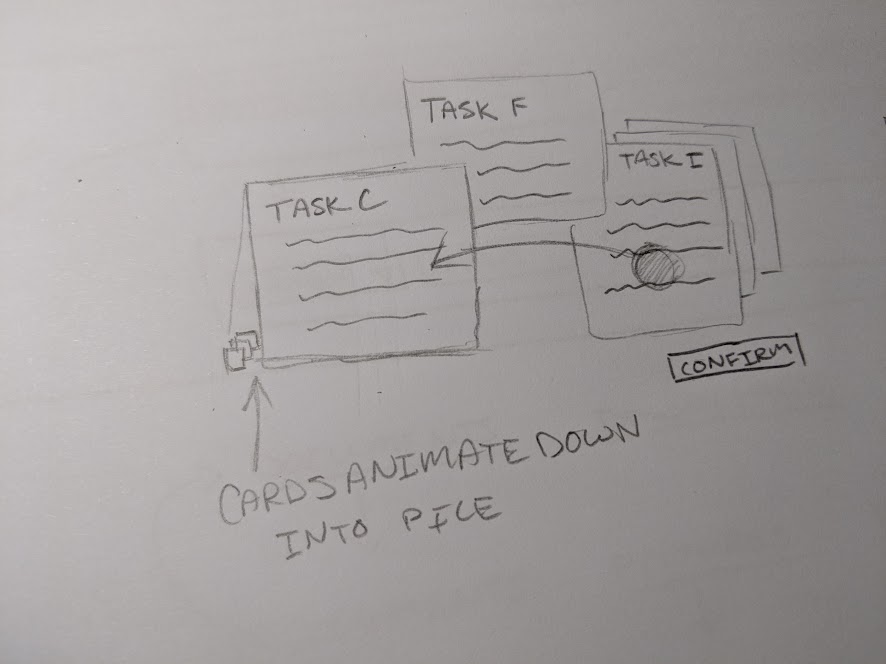 Here's a concept that should solve the design problem.

Just an improvement on the popular android multitask card vertical scrolling stack, here the scroll is made horizontal. 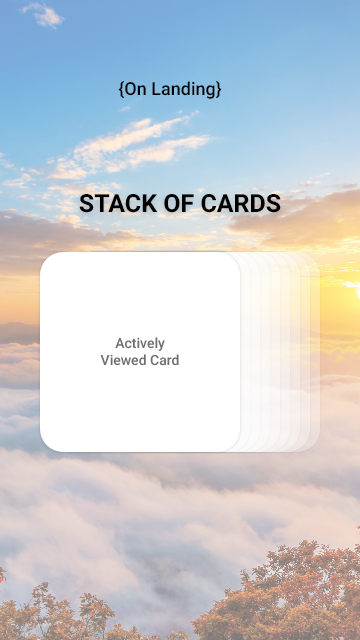 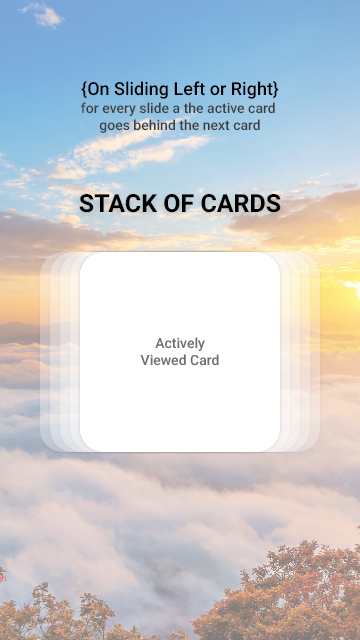 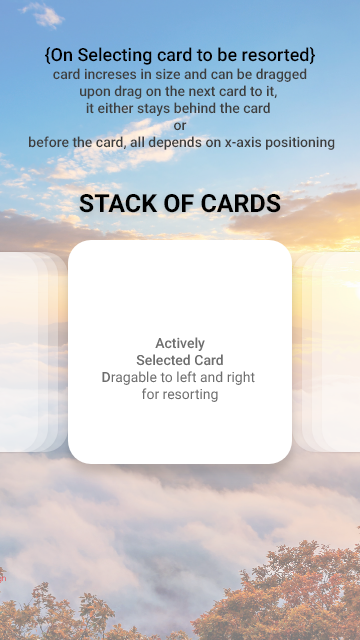 One thing you could do is to have the same presentation as the multitasking view in your post, with the new card in a fixed position (where the Google one is in your picture), and the ability to scroll through the other cards.

Whenever a card that is "behind" your new card gets to the same level as the new one, it just "pops" in front of it, and continues its move. Likewise, if you scroll back, it will move behind the new card.

Initially I would guess the new card is "on top", so there are no cards in front of it, just behind it.

At any time, once you release the scroll (lift your finger), cards would move back to the right "step" (rounded position), to avoid a card being just behind the current one, or your card being barely visible behind another one. This would make it more explicit where the card is.

Once you have used it once, it should be self-evident. The only issue I see is communicating initially how you use it (a user may want to drag the new card and move it to another position rather than moving the other cards).

This could be solved by actually having two different possible interactions:

Only actually testing will reveal if this actually works :-)

Of course, there's the issue that the spacing between the "other" cards will be different depending on their position. Whether you adjust it "as you scroll" or only when you "snap back" the cards into position after releasing is your choice.

A slight alternative is to have your new card on the left side of the screen, possibly only half of it or so, so it's a bit more obvious that there is a difference between that card and the others.

Not the answer you're looking for? Browse other questions tagged mobile-application card-sorting or ask your own question.

4
Card Sorting to determine the correct term
6
What is the best place to put form submission buttons in a mobile application?
4
Labels for cards in card sorting session
15
Mobile app navigation: Back vs. cancel
5
Name of a card sorting technique that lets people sort only their favorite items?
2
Number of groups in card sorting
0
How to navigate between pages that show continous data?
1
Card Sorting - Huge Company
0
Different ways to Card-Sorting Audit