We have a list of countries in our UI where the design prototype groups the countries by initial letter. The country names change by language, so the grouping also changes. This also means that the groups themselves change.

In some languages, country names start with accented characters, e.g Austria in English, and Österreich in German. How is it more common to group these words: should Österreich belong to the "O" group or to the "Ö" group? Are there different traditions in different countries (I often hear Germans refer to "a" and "ä" as different letters)?

Another example in Portuguese: Alemanha and Áustria both start with A and no one would expect them to be in separate groups.

It depends directly on the language and if the diacritic produces a new letter or simply a variation of the same letter.

In German, the umlaut produces three different vowels (Ä, Ö and Ü) that may be considered different letters but when alphabetically sorting words, the umlaut is usually not distinguished from the underlying vowel.

In Finish, Norwegian and Danish however, characters such as Å, Ö are actually completely different letters from A and O. In those languages, one will usually expect words starting with those characters to have their own category.

There are other languages such as Hungarian, where accented characters (such as á, é, ó, ú, ő, ű...) are different letters but are generally collated in pairs (a/á, e/é, i/í, o/ó, ö/ő, u/ú and ü/ű) in dictionaries.

You should check the wikipedia page about diacritics where you'll find if an accented character is considered a new letter in the languages you'll have to support :

If you have to support multiple languages with different rules, you should delegate the i18n to a dedicated solution since as you can see, it can get very complex very quickly.

Even the German ISO (DIN) knows these two variants: DIN 5007 Variants 1 and 2

On the software side, database like MySQL have different collations.

There is no definite answer on this. Maybe this table helps (no, honestly, it probably makes things worse).

For a danish site we faced the same issue, and we grouped them as separate characters to avoid the confusion. The grouping needs to be understandable for the users. 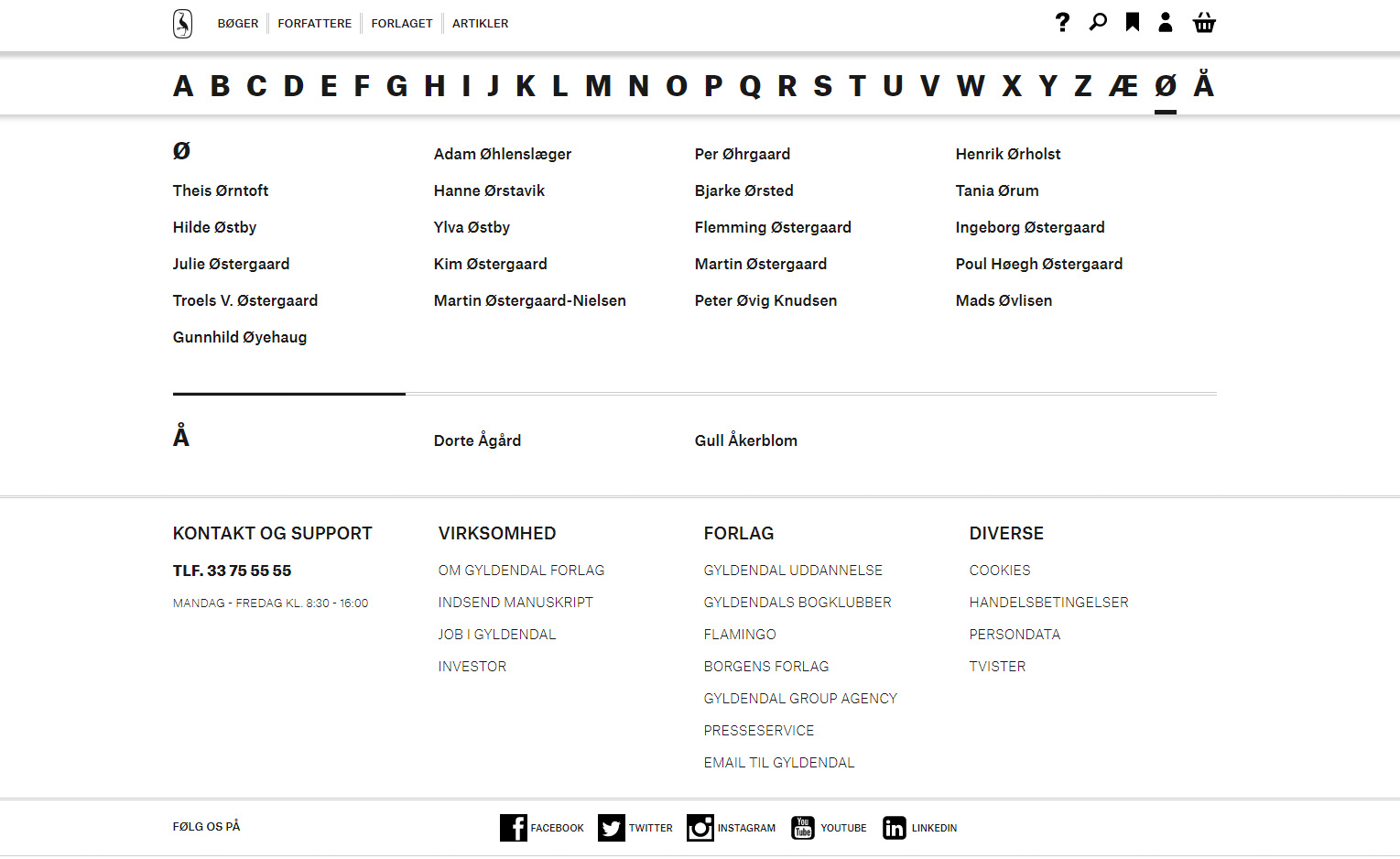 Forget about figuring out the correct rules yourself. They are complicated, even worse when you don't know the language (like in German, you'd need to know which one of two completely different systems to apply). Check out if your operating system has any useful libraries to suppotrt you.

So a complete solution would have to "open up" the collation rules and look inside.

A quick-and-dirty solution might be to sort the strings (country names) with a black-box collation algorithm (form your favourite programming language or library) and try to group them by first letter [*]. If some letter comes up mixed with some other letter (such as 'A', 'Á', 'A') then you group them as the same letter. Not foolproof. :-)

Update: By the way, perhaps you can change your UI slightly (?) to avoid the grouping problem. If the grouping is just a way to quickly find a given string, much like in a dictionary, then an alternative is to have all your strings (country names) in an alphabetically-sorted (paginated?) long list and select some headings and link each to the matching location on the list. Such headings could be a single letter or the first few letters of the first string starting with that letter(s). It may work well to select approximately evenly spaced headings.

Note: just an idea, not tested for usability, details left as exercise ;-)

Ä, Ö, Õ, Å etc. are not accented letters, but completely different and different sounding letters than A and O, in Swedish and Finnish alphabet they are in the end of the "english" letters. I have seen some lists that were organized by mixing up O and Ö, and that is as confusing as mixing up, let's say s and k.

For example you don't necessarily know what keyword you should use for your own country: Holland vs. Nederlands vs. The Netherlands. This is a great article: https://www.smashingmagazine.com/2011/11/redesigning-the-country-selector/ that suggests searching the list and mapping multiple keywords for the same country.

Probably oversimplified, but I'd just check a dictionary in the particular language and follow whatever way they alphabetized. It will not fit into a nice neat box. Different languages, different rules, I suspect...

Not the answer you're looking for? Browse other questions tagged language internationalisation sorting sort grouped-list or ask your own question.