I am currently creating a platform where users can fill-in online forms, one feature is that they can save the form and return to it at a later date, with the previously inputted data pre-filling it.

Due to some of the sensitive nature inputted on these forms, coupled with the fact that certain other people can have access them, I have decided to implement a password-protection option on each form, which if chosen, would cause any user who wants to view the form to enter a password to see the pre-filled data.

I had a question regarding the best way to implement this feature:

One option I had would be a button at the bottom of the form which would password-protect it upon saving, it looks like this:

This feels clunky to me as I think saving the form should be the simplest and most intuitive part of one.

The idea is that when the user is ready to leave the form, they would tick the checkbox to enable password protection which would only be truly enabled (on the server side) when the user saves the form.

Another issue occurs in cases where the user wants to disable password protection for one reason or another.

In the first scenario, this could possibly be done as follows:

And in the second scenario, it would be done by the user un-ticking the password protection checkbox and then saving the form.

Are there are any obvious pro's or con's with using either method? I'm very new to UX so any input/advice/recommendations are greatly appreciated.

I believe it depends

a) on the focus you want to give to the password protection feature. Having it as one of the "save" options gives it a bigger gravity and makes the user spend slightly more time on deciding (just an assumption).

b) on the rest of the flow eg. the user sees a modal enters the password and clicks on save again etc etc

A more common pattern might be to allow the user to set specific forms as 'Private,' using a padlock icon or something similar.

This answer assumes that users are logged in to some a profile or account to begin with. If that's not the case, I would strongly encourage you to consider implementing password-protected user accounts. It's a much better experience for the user to login once and have access to all public info and whatever they've set as 'private,' rather than to force them to log into each individual password-protected form.

Let's take a step back, how users are going to return back to the form? I assume there would be some link assigned to each user and they can save/bookmark the link.

Here is how the flow should look like in that case: 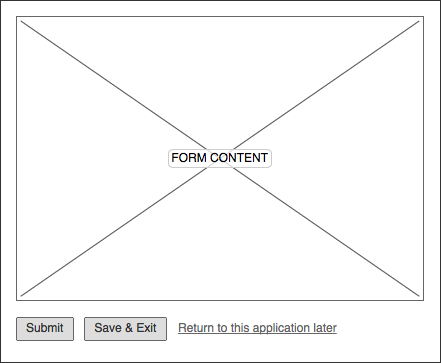 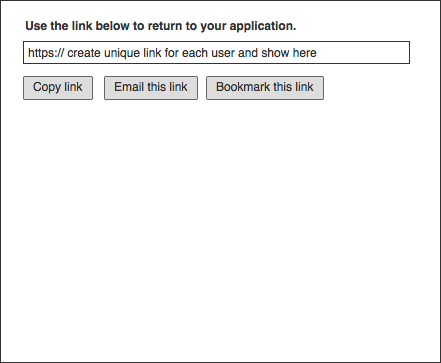 I am not sure why they would want to remove protection if it contains confidential information.

Not the answer you're looking for? Browse other questions tagged forms user-expectation or ask your own question.

0
Recommend practices for custom user created forms in a CMS
14
Should a special slider value be implemented with a checkbox or not?
1
Form for admins to to create users: include option for setting password or sending email to user so user can set their own password
0
How ask users to register for our database within another registration process?
0
Providing similar login experience while logging in with a button and with enter
2
Some ajax vs full ajax and user feedback
5
Logging (already registered) user through registration form?
1
How to tell the user what their options are when they forget their password and there is not the option to reset it through the web or email?
4
Can we use Radio/Checkbox for mandatory form fields
2
2 selection buttons 1 preferred but with different input types