Should I make space for error messages in forms?

I'm designing an mobile app for both iOS and Android, which includes a form. The form has several required input fields that the user needs to complete before continuing.

If the user clicks Continue before typing in everything required, an error message would pop up under the field. All okay so far.

But, according to the iOS developers on my team, it's impossible (or at least difficult) to make something appear in the layout that pushes the rest of the content down. This is not a problem on Android apparently.

I don't know enough about developing for iOS, and I struggle to find a decent alternative for the iOS developers, so my questions are:

Here's a screenshot to showcase my problem. I've also made an example where I have reserved space for the error message, but I don't think it looks pretty good to have so much space between the elements, when it's not gonna be consistent throughout the app.

I disagree with @colmcq. Giving space for error messages, that might come in like 10% of the cases is not at all a good option.

Actually, it is not Impossible or difficult to show the form validation messages as you have shown in option 2. Many apps use that method only.

Reference
- Please ask your dev team to check for an easy method in stackoverflow.com or developer.apple
- You might find some useful information here: https://www.davidbritch.com/2017/03/validating-user-input-in-xamarinforms-iv.

There is a new and intuitive form validation here: https://github.com/adamwaite/Validator

Showing error message below an input field is one of the most common practices. Google's Material Design also recommends the usage of this method.

In iPhone different methods are used to show these error messages. Some of them are listed below.

Just take a look at the Material Design Guidelines. I understand you use a classic style, but you can apply the same solution.

Text field input Helper text may be included before, during, or after a user interacts with each field on a form.

Show error text only after user interaction with a field. If the user inputs incorrect data, helper text may transform into error text.

Minimize form text to the essentials. Not every text field needs helper and/or error text.

Place 16dp of vertical space between text fields and below the error text. 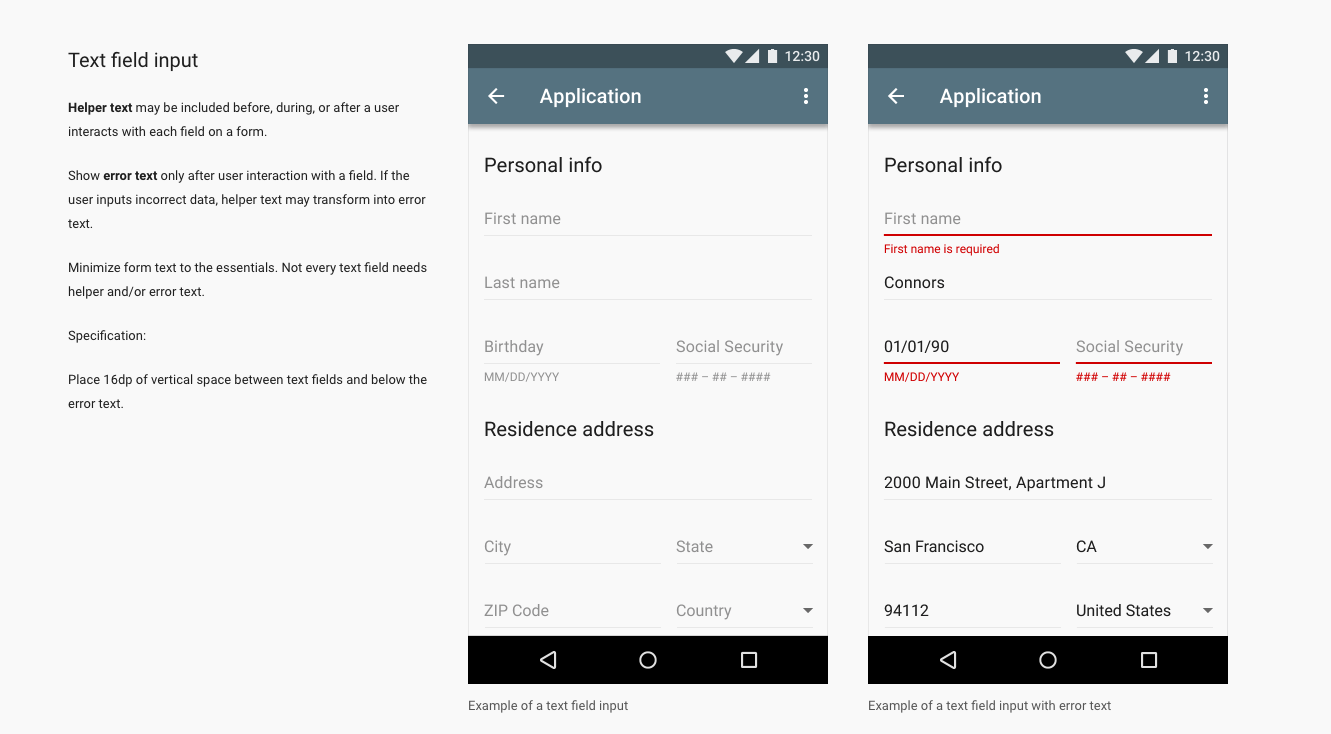 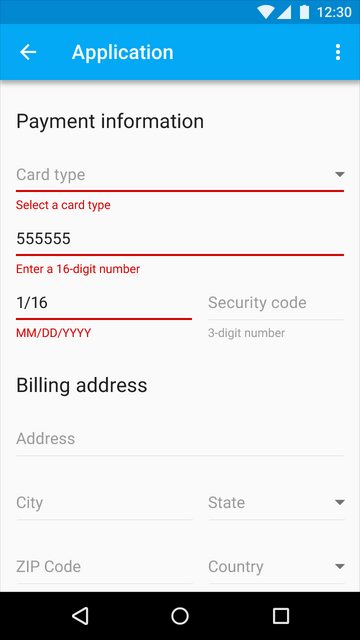 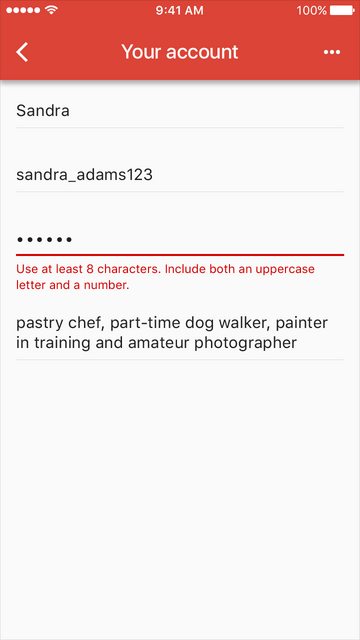 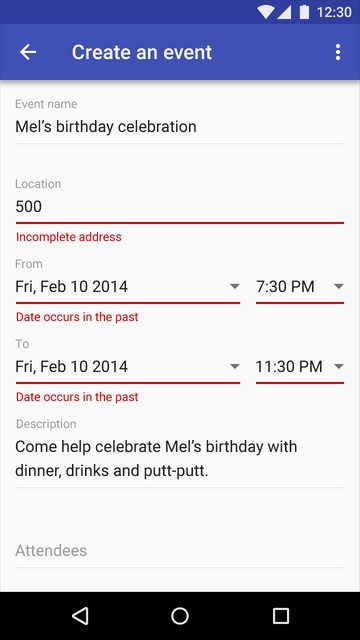 I think the design with space makes sense for two reasons:

So go with option 3

on our last project we have used tooltips to show error messages. the reason was that we used long forms, and the shown error messages created emtpy spaces that devided logical components.

for an inspiration: react tooltips - https://react-tooltip.netlify.com/

2
Is it OK for a form element to shift when a related error message appears?

5
Should we use "please" for validation messages for e-commerce applications
156
What is best practice for designing form error messages?
3
How should one phrase validation error messages?
5
Number of error messages to display
10
Why do so many forms use input masks in for input fields?
3
A clear error message for wrong password format
1
How to incorporate error messages in a form?
1
Is bad for UX replace all content and display the error when an error occurs?