What is the best practice for "delete" buttons in material design?

A lot of design systems/ style guides define red as the color for "delete"/ "erase"/ uninstall/ error buttons. In material design, I didn't find this specified. So, what is the best practice?

I think the options are: 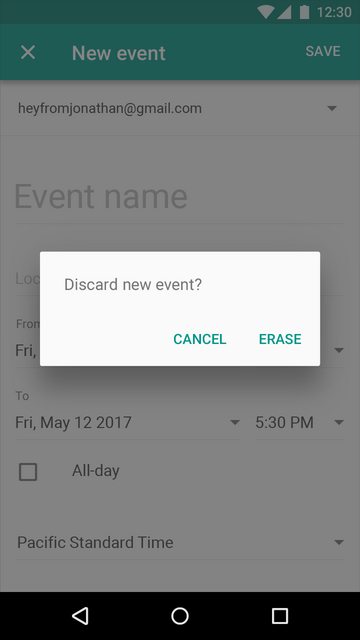 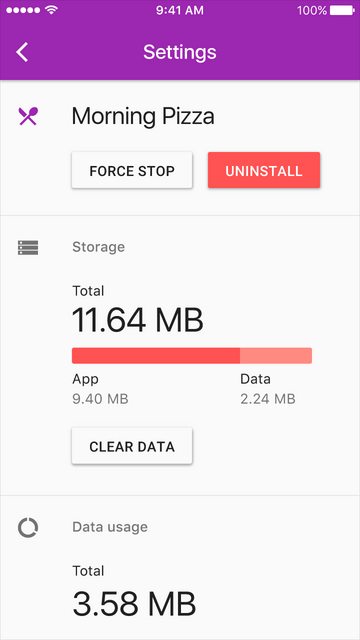 Well, after going over the documentation it appears to me that when it comes to how the button should appear, the rule is that there is no rule.

However, there are a few things to take note of per their docs:

Other than that, you're free to style your buttons as you wish.

Now, personally, I believe destructive behavior is always something you should treat with special care by either asking the user to confirm their action or allowing them to undo it. Of course, that has nothing to do with color. When it comes to the appearance of the button, I think common conventions apply, which has been discussed elsewhere on this site.

Thus, my vote is for option 2 (most of the time): button with the secondary color as background 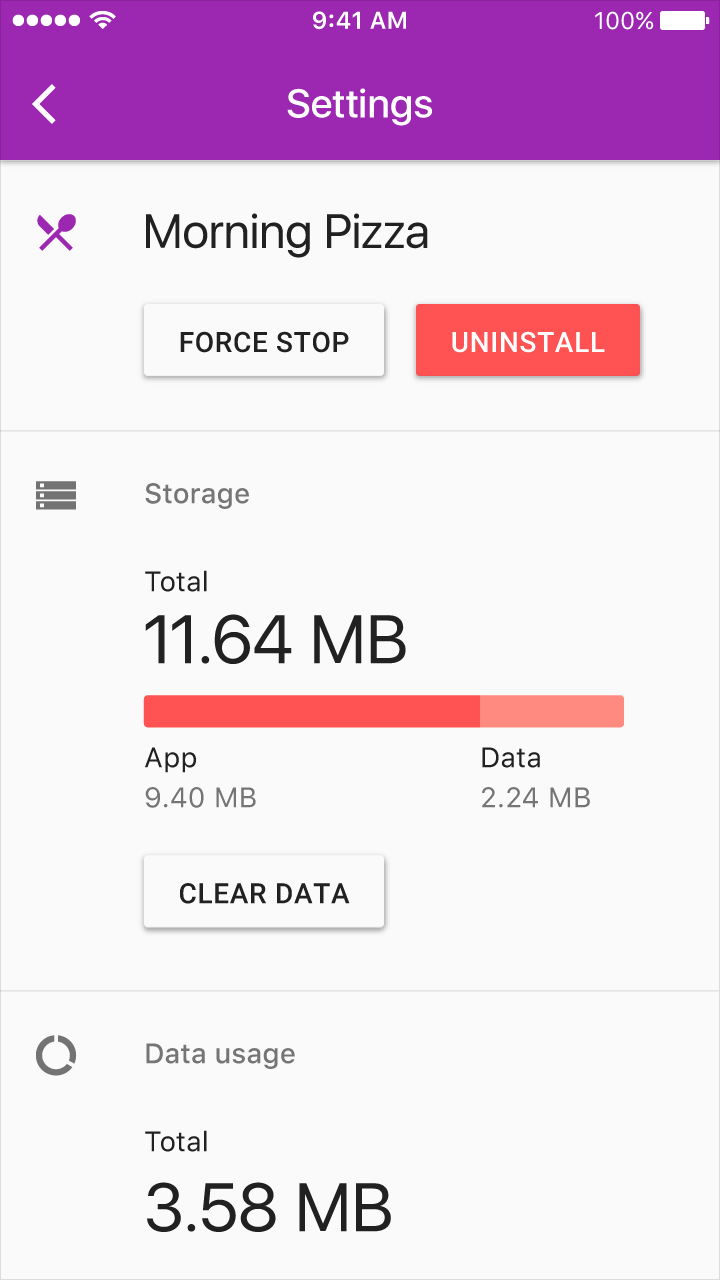 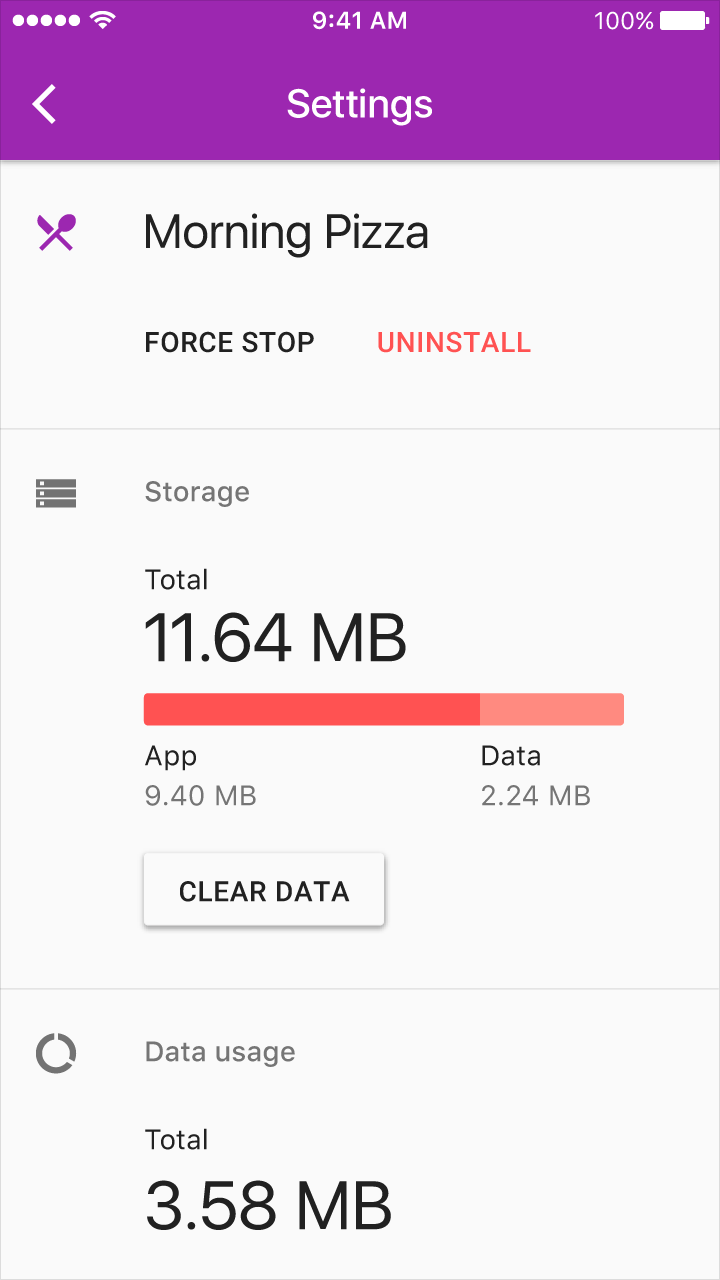 In dialogs (like your first screenshot), the standard is:

Dialog actions use system colors by default, but they should reflect your product's color palette. Use a contrasting color, such as the palette’s accent color, to distinguish dialog actions from dialog content.

Disabled buttons (whether links or buttons) should look disabled until they become available.

For non-dialog buttons, be sure the destructive button is on the right and prompts confirmation. A strong solid color is a good enhancement - just don't make the "cancel" button look disabled by contrast. Red can be used to emphasize the destructiveness (this is seen frequently in iOS design) but if it's a brand color, it might be used everywhere in the app.

You can emphasize or de-emphasize an element depending on it's function. Destructive actions can be de-emphasized. 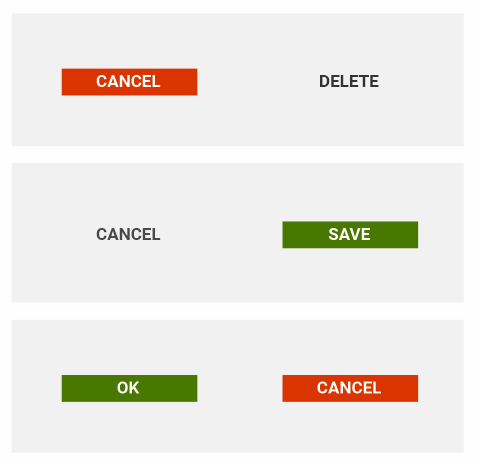 Not the answer you're looking for? Browse other questions tagged gui-design buttons material-design call-to-action delete or ask your own question.

15
Is there a 'science' to what colors to use on primary 'call-to-action' buttons?
3
What is the best practice for multiple button placement and emphasis?
4
Should "Delete" or other critical action buttons be emphasized or de-emphasized?
4
Material design's colors: primary/accent vs green/red
10
Material Design - text colors don't maximize contrast
0
Material Design does not distinguish between error and warnings. Why?
0
Material Design the correct way to work with primary and secondary action in this case
2
Where should I put the delete button?
8
Different colors for buttons that have different kind of action