In our system we have workflows which can have 1 to many steps. Below you will see an example of one that is quite simple with only one step, with the buttons "Save" and "Cancel". Some other Workflows that exist in our system have button combinations such as: "Save & Add Another" "Save" "Cancel"... and another has "Previous" "Next" "Run Process". My point is that there can be many different workflows with many combinations of buttons.

Are there any best practices for button location on Workflows when comparing my two examples below?

Option One: Buttons located in top-left 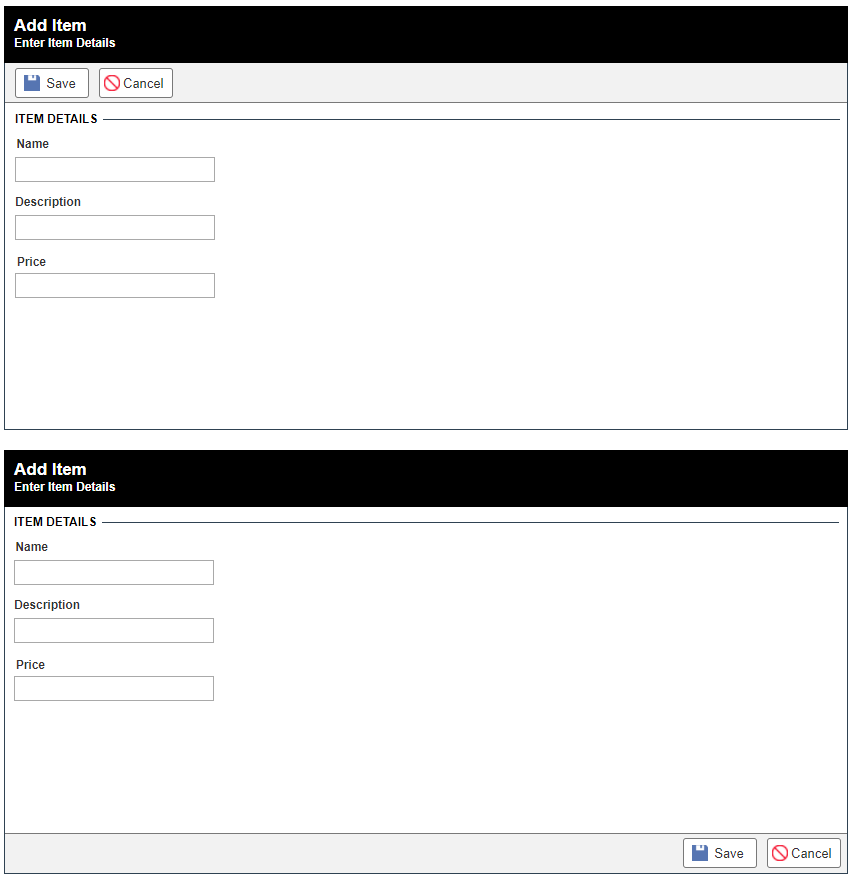 It depends on the layout and the type of form, but ultimately, CTA buttons should be under the form (because of the way we scan UI) and not so separated from the inputs that they might not be seen (or not appear in some views).

According to the examples the best way would be to locate the buttons on the bottom of the screen, following the vertical direction.

The number of steps define if the button should be aligned right or left.

In a one column layout, the user’s eyes move in a vertical direction to fill out the form. When users get to the bottom of your form, they won’t have to move their eyes to the left or right to find your button.

There are three types of forms you need to consider: multi-page, multi-section, and single page form. The type of form you’re using will determine where you should place your submit button.

In a nutshell, put your CTAs under your forms, and not so far away that they seem separate.

Not the answer you're looking for? Browse other questions tagged buttons workflow best-practice location or ask your own question.

5
Best practices for naming steps in a workflow (status labels)?
0
What is the best order for several buttons at the foot of a modal?
2
Mobile search screen button layout (Search|Reset)
4
Should we use form button color to indicate task outcome?
7
Save & Continue Button
14
What is the best location for the "Add New Button"?
2
Action button placement different for modals than base screens
5
Position of 'save' button in content management systems
1
Where to place a button that allows users to jump back to process steps from where it had came from?
3
Confirmation of user input: inline button or popup/modal?