As seen in the very popular answer:
"Should a toggle button show its current state or the state to which it will change?", we have very good guidelines for implementing toggle buttons.

Unfortunately, there appears to be an use-case that is left untouched. In machine controls applications, it is very common to do the following actions:

Note: These could have been just as easily worded as adjectives.

This could be referring a hydraulic cylinders, valves, or doors, and often, a Human Machine Interface (HMI) will provide users the ability to toggle these states. The caveat is that these actions take time to complete, and there is a delay before the state changes.

As you can imagine, a simple toggle button:

Would suffer from the following issues in these applications:

Effectively, the desired workflow involves the initial click/tap, a period where the state is changing, and finally an indication that the state has changed. However, a UI with two buttons and a progress bar is a bit clunky and takes up a lot of space. Or buttons with colors to indicate the state is unintuitive. Consider what a typical control panel might look like: 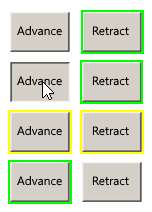 The picture describes a 4 step process:

How can we create a toggle switch for delayed state changes that remains compact, intuitive (or unambiguous), and exposes the 'in progress' state to the user?

I ran into the exact same problem for a project I'm working on.

My solution was to provide immediate visual feedback that the click was effective, but then indicate that it's still working.

Simplest solutions will be just to tell the user, using text or an icon. 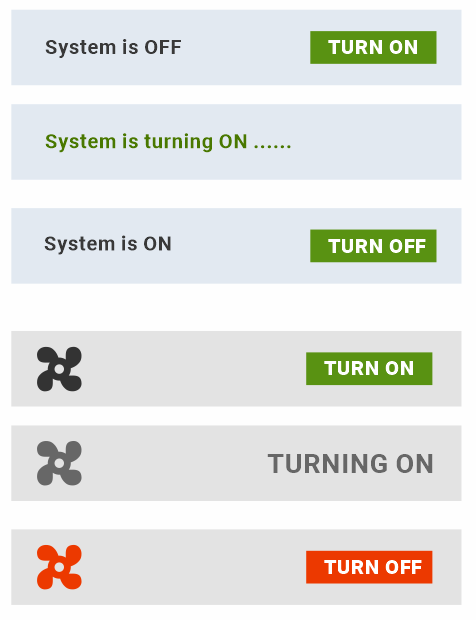 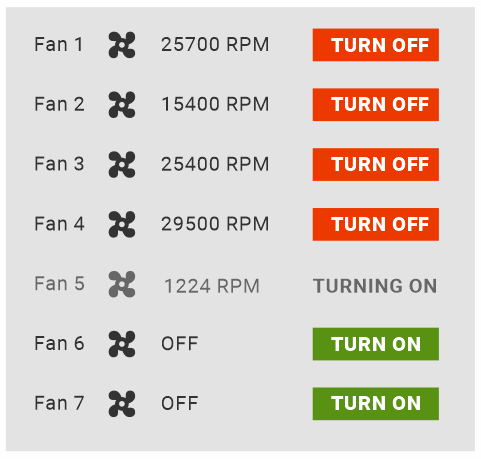 0
What is a good way to show that a toggle input is received but has not completed?
499
Should a toggle button show its current state or the state to which it will change?
1
How to handle state of a toggle switch?

499
Should a toggle button show its current state or the state to which it will change?
9
Assume success and show response immediately or wait for a response from the server?
11
Multiple choice with Yes, No and 'No answer'
4
Should a tooltip on a stateful widget describe the current-state or next-click-action?
1
What are some design patterns for a cycle button?
1
Toggle Switch on Navbar
62
Boolean switch with a third state
1
How to handle state of a toggle switch?