How to decide whether wizard stages should be split or united

I have a wizard where, conceptually, the first step is a URL input field. Once filled and activated, the system pulls some stuff from that address and the rest of the wizard steps deal with that stuff.

The wizard is quite large on the screen (because some of its steps involve tables) and dedicating all that real estate to just one input field seems very odd visually. The 2nd step doesn't require a lot of space either, so I'm tempted to unite the two. However, since the 2nd step can only be enabled after the first is submitted and validated, having them on the same screen inside a wizard seems like a "hack". After all - the whole point of the wizard is to reflect consecutively dependent steps, and logically they definitely belong to separate stages.

Split or unite? Why?

You should split them. The wizard design pattern promotes a step-by-step completion of a task. Each screen must represent one and only one step of the task, do not include two or more.

The visual design goal of avoiding too much empty space is overruled by the much more important goal of the step-by-step architecture of the wizard.

For example look at the oracle installation screen that has only two input fields because they form together a single step. 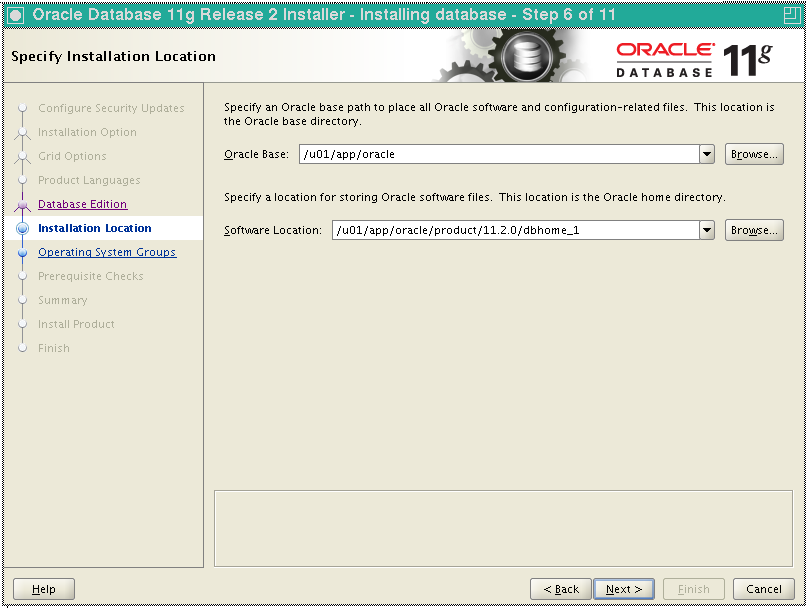 Not the answer you're looking for? Browse other questions tagged forms workflow wizard or ask your own question.

6
Wizard steps - how should I label them?
7
How to implement a branching wizard?
3
Should Wizard steps be clickable links?
1
How to visualize a process result and report as final step in a wizard
1
Standardising the back/forward/cancel/book buttons at different stages on a wizard-style form
2
Dividing steps in Form Wizard
2
How many steps should a form wizard have?
1
Wizard split step VS big step in B2B application